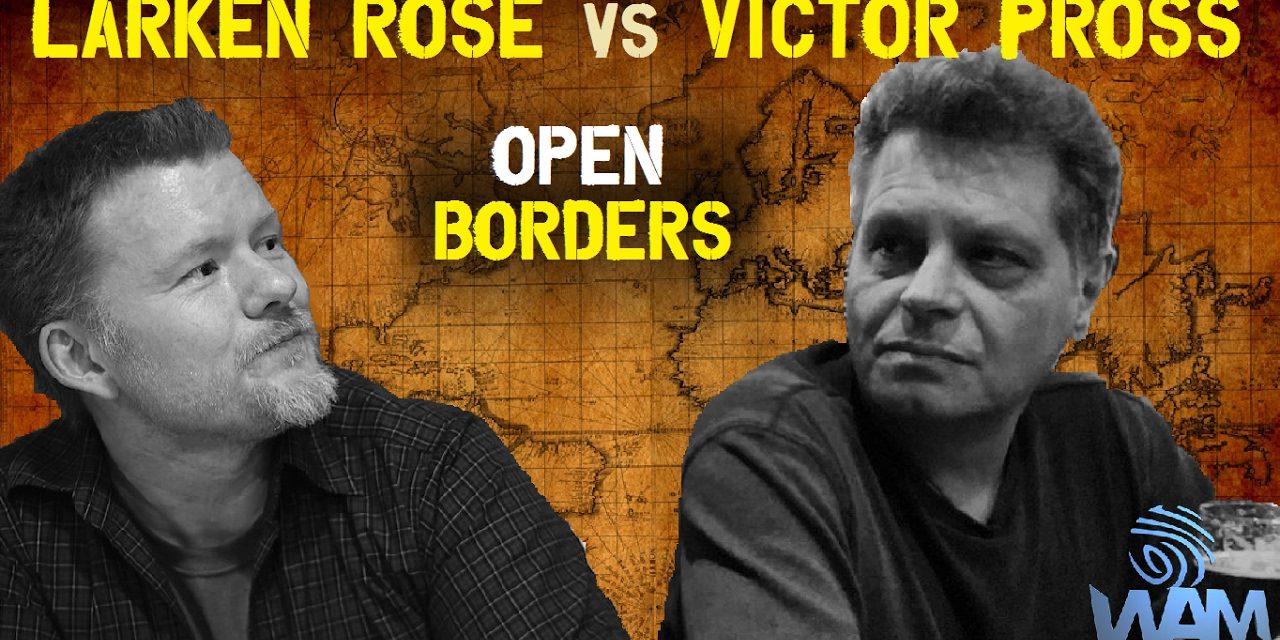 Josh Sigurdson moderated a fiery debate between anarchists Larken Rose and Victor Pross regarding the much contested issue of open borders vs. closed borders!

Starting with opening statements, Larken and Victor both give opinions behind their viewpoints as anarchists, but soon after, the debate got heated as the two went head to head.

Larken supports open borders saying that fear regarding the influx of cultures who are incompatible with anarchy is irrelevant and that it is a statist notion to restrict their freedom of movement.
Victor who was arguing for closed borders in the case of private property argued that immigration is a statist problem and that these cultures could pose a massive problem much like Europe where women have been raped in the streets.
For 53 minutes, the two snapped back and forth at each other. Regardless of your viewpoint, rest assured, this debate is both entertaining and informative. It’s up to you the viewer to decide who “won” or “lost”.

What are your thoughts on open borders vs closed borders?