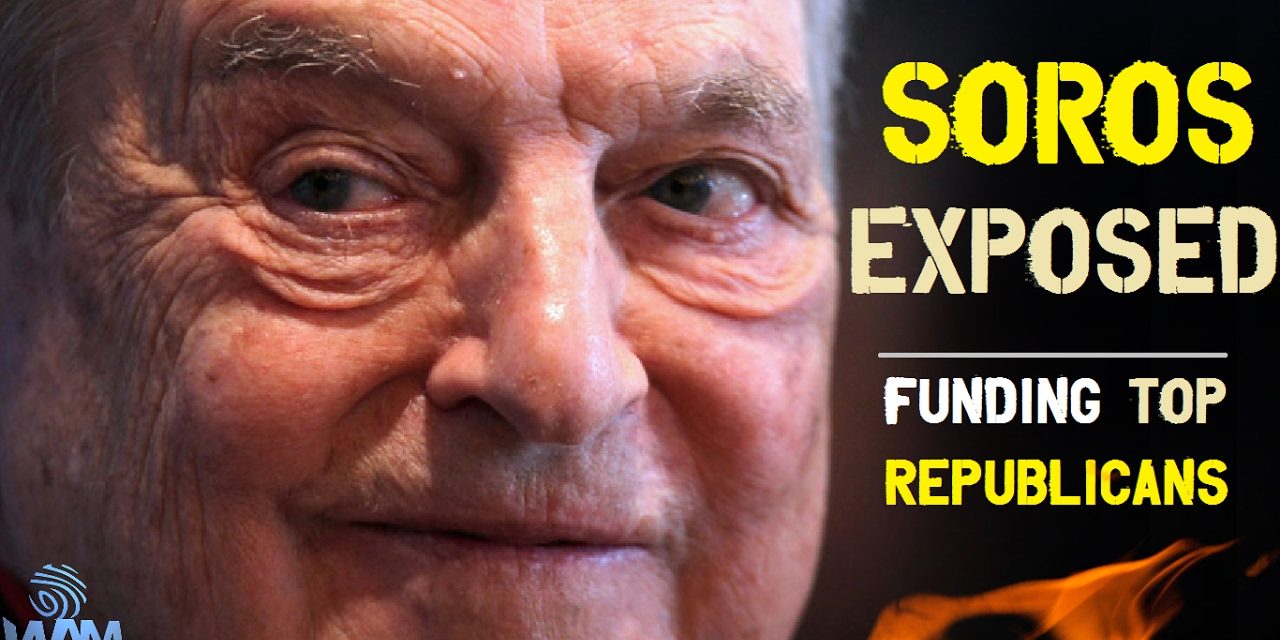 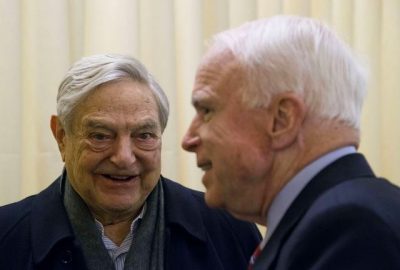 In the below video, I break down recent revelations first exposed by the ‘Center For Responsive Politics’ which shows George Soros and Robert Soros owned fund ‘Soros Fund Management’ sent 36,800 dollars to Republicans Paul Ryan, John McCain, Lindsey Graham, Jeb Bush, Marco Rubio and John Kasich as well as tens of thousands of dollars more to Super PACS and campaign committees.
Soros has helped fund violent leftist revolutions throughout the world. He of course, was one of Hillary Clinton’s main donors and advisers during the 2016 election where he didn’t just send her money but went as far as to craft her foreign policy according to Wikileaks e-mails.

Soros has also funded Black Lives Matter, RNC protests, Occupy, The Women’s March on Washington, anti-gun marches, anti-Trump riots and most disturbingly, the Ukrainian rebellion against Russia. This includes Nazi groups flying swastikas among other “revolutionaries.”
Pulling this together, I show footage of a treasonous speech Lindsey Graham and John McCain made to Ukrainian rebels fighting against Russia where Graham claims 2017 will be the year of offense. The connotations involved in this speech is alarming to say the least. With Soros’ efforts to seemingly start World War 3 with Russia, it seems significant that not only those within the Democratic Party but also within the Republican Party are pushing tensions between the United States and Russia through incredibly aggressive actions. This is simply further evidence of the left-right paradigm so many of us have been calling out for years if not decades. The shadow government is still alive and well.
On top of it all, these Republicans caught taking funds from Soros’ investment management fund were also some of the top anti-Trump Republicans.

Well… It’s up to you to decide, but I think this may speak for itself.