Another One Off Scot-Free: Baltimore Cop Found Not Guilty of Murder in Freddie Gray Case 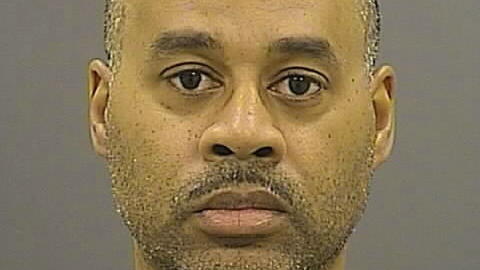 Baltimore police officer Caesar Goodson Jr., the officer facing the most severe charges in the death of Freddie Gray, has been acquitted on all charges, including second-degree depraved heart murder.

Goodson, 46, is the third officer to stand trial, and walk free, in the death of Gray, 25, which sparked riots across the city last year.

We are peaceful and they just came out like this.#GoodsonTrial#JusticeForFreddieGray pic.twitter.com/qfjlDnePAi

The killing was the result of incidents beginning April 12, 2015, when Baltimore police officers made eye contact with Gray and chased him when he ran away. Once Gray was apprehended, witnesses gave accounts of officers “folding” his body in painful-looking positions, with one officer putting his knee in Gray’s back, severely damaging his spine.

When they caught him, he had a knife on him, but the legality of the weapon has been a subject of fierce debate — with many concluding that it was within the realm of legal.

Next, Gray’s spinal cord was severed after being placed in the back of a police van for transport, while handcuffed, shackled, and not properly secured. Many believe that he was taken on a deliberately “rough ride” and slammed around the back of the vehicle without having his hands free to protect himself. He died in the hospital a week later.

Six officers were charged in the case, and the two others who have already faced a judge were also not convicted. Officer William Porter was the first to face trial for manslaughter and assault, and his trial ended with a hung jury. The second to face trial, Officer Edward Nero, was acquitted last month on all four charges he was facing, including reckless endangerment and assault.

A protest is scheduled on Thursday evening over the acquittal, the city currently has the National Guard on standby.