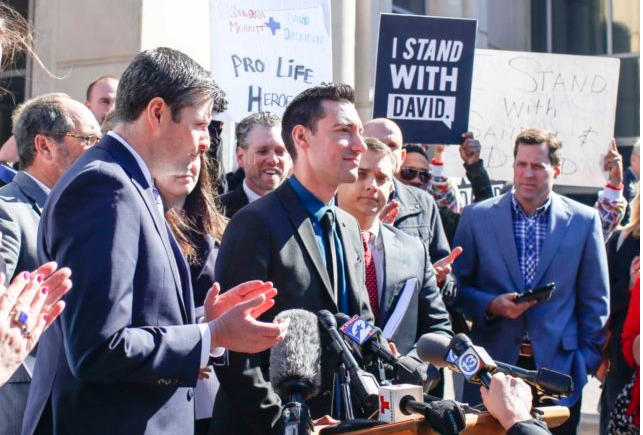 Daleiden and Merritt had posed as undercover representatives from a non-existent company seeking to purchase fetal tissue.

“The right to privacy is a cornerstone of California’s Constitution, and a right that is foundational in a free democratic society,” Becerra said. “We will not tolerate the criminal recording of confidential conversations.”

Becerra said the two fabricated a fictitious bio-research company to meet with women’s health care providers to secretly record them.

Daleiden denied the charges, telling Reuters that he had done nothing wrong because the recordings were not confidential and were recorded in public.

“The conversations that we secretly recorded were in open areas and in public areas where people could overhear,” he said. “In fact, they did overhear.”

Daleiden released a statement through the Center for Medical Progress, alleging that the charges were the result of Planned Parenthood’s “collusion with corrupt officials.”

Daleiden runs the California-based nonprofit Center for Medical Progress, which released the videos in 2015.

In January earlier this year, a grand jury in Harris County, Texas indicted Daleiden and Merritt for using fake driver’s licenses to infiltratea Houston-area Planned Parenthood office. However, those charges were later dropped with the state ruling that a grand jury had overstepped its authority after they were convened to investigate the Planned Parenthood facility but instead indicted the pair.

The group has said that they will fight the unconstitutional gag order on the remaining Planned Parenthood videos which they call “damning and incriminating.”