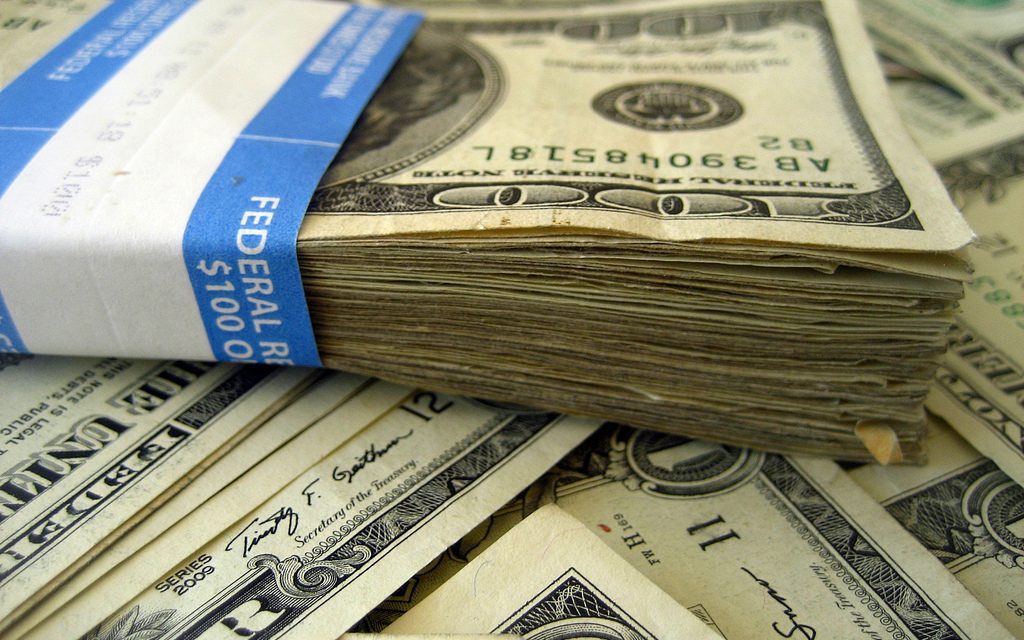 History shows that, if individuals have the freedom to choose what to use as money, they will likely opt for gold or silver.

Of course, modern politicians and their Keynesian enablers despise the gold or silver standard. This is because linking a currency to a precious metal limits the ability of central banks to finance the growth of the welfare-warfare state via the inflation tax. This forces politicians to finance big government much more with direct means of taxation.

Despite the hostility toward gold from modern politicians, gold played a role in US monetary policy for sixty years after the creation of the Federal Reserve. Then, in 1971, as concerns over the US government’s increasing deficits led many foreign governments to convert their holdings of US dollars to gold, President Nixon closed the gold window, creating America’s first purely fiat currency.

America’s 46-year experiment in fiat currency has gone exactly as followers of the Austrian school predicted: a continuing decline in the dollar’s purchasing power accompanied by a decline in the standard of living of middle- and working-class Americans, a series of Federal Reserve-created booms followed by increasingly severe busts, and an explosive growth in government spending. Federal Reserve policies are also behind much of the increase in income inequality.

Since the 2008 Fed-created economic meltdown, more Americans have become aware of the Federal Reserve’s responsibility for America’s economic problems. This growing anti-Fed sentiment is one of the key factors behind the liberty movement’s growth and represents the most serious challenge to the Fed’s legitimacy in its history. This movement has made “Audit the Fed” into a major national issue that is now closer than ever to being signed into law.

Audit the Fed is not the only focus of the growing anti-Fed movement. For example, this Wednesday the Arizona Senate Finance and Rules Committees will consider legislation (HB 2014) officially defining gold, silver, and other precious metals as legal tender. The bill also exempts transactions in precious metals from state capital gains taxes, thus ensuring that people are not punished by the taxman for rejecting Federal Reserve notes in favor of gold or silver. Since inflation increases the value of precious metals, these taxes give the government one more way to profit from the Federal Reserve’s currency debasement.

HB 2014 is a very important and timely piece of legislation. The Federal Reserve’s failure to reignite the economy with record-low interest rates since the last crash is a sign that we may soon see the dollar’s collapse. It is therefore imperative that the law protect people’s right to use alternatives to what may soon be virtually worthless Federal Reserve notes.

Passage of HB 2014 would also send a message to Congress and the Trump administration that the anti-Fed movement is growing in influence. Thus, passage of this bill will not just strengthen movements in other states to pass similar legislation; it will also help build support for the Audit the Fed bill and legislation repealing federal legal tender laws.

This Wednesday I will be in Arizona to help rally support for HB 2014, speaking on behalf of the bill before the Arizona Senate Finance Committee at 9:00 a.m. I will also be speaking at a rally at noon at the Arizona state capitol. I hope every supporter of sound money in the Phoenix area joins me to show their support for ending the Fed’s money monopoly.

This article first appeared on RonPaulInstitute.org and was authored by Ron Paul.