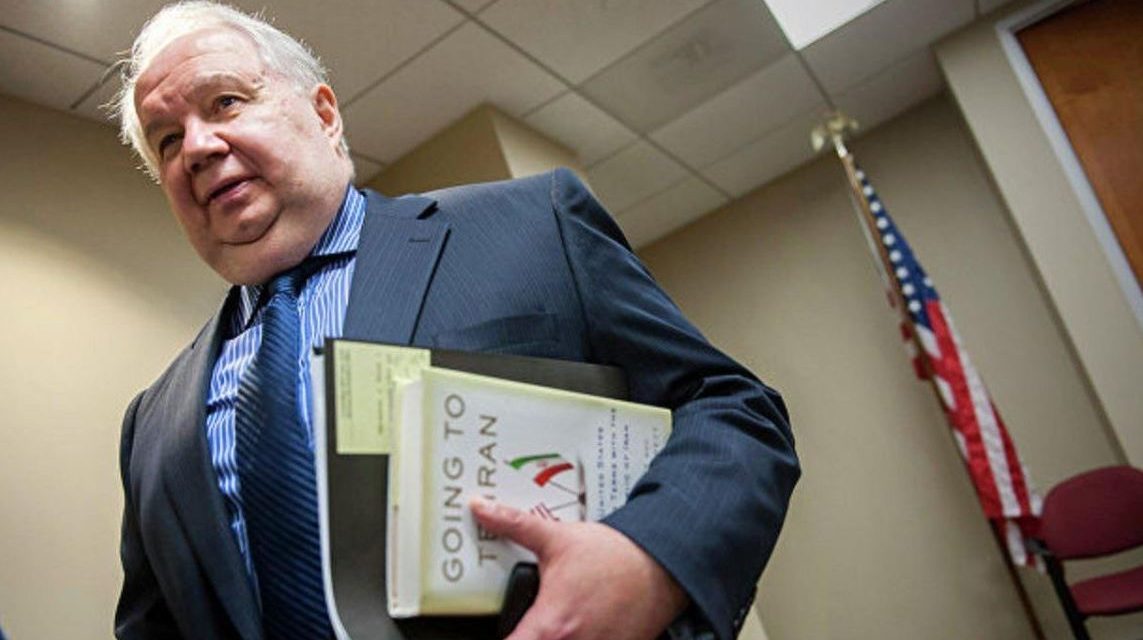 However they want to term it, the Democratic Party establishment remains frustrated about Donald Trump winning the US presidency.

Some clumsy disclosure within Trump administration circles have served the Dems’ effort to portray a sinister Russian attempt at acquiring substantial influence in the US. Partisan propaganda aside, there continues to be inconclusive evidence and considerable reasonable doubt on the accuracy of this spin.

Meantime, the Kremlin’s preference for having better relations with the US has essentially hit a roadblock with enhanced anti-Russian misinformation.

The brouhaha over US Attorney General Jeff Sessions’ meeting with Russian Ambassador Sergey Kislyak, has led to the dubious claim that the latter is a spook. Prior to this frenzy, the characterization of Kislyak as a spy is lacking.

Even now, some of the more objective North American mass media reporting/commentary, suggest that he has (over the decades) performed like a diplomats’ diplomat. Regarding eyebrows-raising manner, Kislyak doesn’t seem so especially suspect when compared to how former US Ambassador to Russia, Michael McFaul and his successor John Tefft have carried on.

Specifically, McFaul’s clear receptiveness to some known opponents of the Kremlin and Tefft’s prior ambassadorial postings in the color-coded revolution former Soviet republics of Georgia and Ukraine, as well as anti-Russian leaning Lithuania.

The late Russian UN Ambassador Vitaly Churkin (blessed memory), wasn’t more confrontational than his Obama administration counterparts Susan Rice and Samantha Power. The same can be said of their successor (now at the helm) Nikki Haley. Yet, the main US mass media 24/7 TV networks (especially MSNBC) have keenly downplayed this aspect pertaining to the manner of Russia’s top diplomats and some of their Western peers.

MSNBC host Brian Williams, had a February 22 segment, that saw McFaul and Malcolm Nance blatantly misinform about what Russian Foreign Minister Sergey Lavrov said at the recent Munich Security Conference. With Nance approving, McFaul erroneously stated that Lavrov expressed the opposite of Russia seeking better relations with the US.

In actuality, Lavrov pointedly mentioned past US-Russian cooperation as a basis for what Russia currently desires. While preferring improved US-Russian ties, Lavrov indicated that the Kremlin isn’t in the mood to take hypocritically inaccurate and condescending criticism.

On a February 22 John Batchelor Show podcast, Stephen Cohen, expressed a view (in line with my own) that Lavrov and Churkin reflect a Russian pro-Western outlook, that has been regularly downplayed in the West – a point that leads to how disagreement with neocon and neolib views isn’t by default anti-Western.

Some alternative sources aside, Canada’s newly appointed Foreign Minister Chrystia Freeland, continues to get relative kid gloves treatment on her views and family’s WW II past. Not that she’s the keeper of others – family members included. Notwithstanding, Freeland’s Russia related comments appear like they might very well be influenced by her family’s past.

‘Russia’s darkest secret,’ as stated in the promotion of the recently released film «Bitter Harvest», on the 1930s famine in Ukraine, omits some points that are downplayed at gatherings like the recent Atlantic Council anti-Russian panel discussion on Ukraine. For many, the greater secret is the number of Ukrainians and other non-Russians, who were subservient to the Soviet regime in question (including its head of state at the time of the famine), with the country known as the Soviet Union – not Russia.

Freeland’s family was from the western part of contemporary Ukraine, which wasn’t in the Soviet Union during the mass starvation in question. Some other parts of the USSR experienced famine as well. The Ukrainian SSR bore the brunt of that suffering. I readily distance myself from those overly Sovok (Soviet nostalgic) types, who exhibit considerable disdain for any acknowledgement of that tragic occurrence. (BTW, there’s an anti-Soviet/pro-Russian outlook that shouldn’t be confused with the Sovok mindset.)

Brutal as that period was, there was no calculated attempt to eliminate the Ukrainian people. In the USSR, the Ukrainian Soviet WW II contribution was duly noted. In that war, many more Ukrainians fought on the Soviet side than the anti-Soviet variant.

The area where Freeland’s family was from included some negative elements (like the supporters of the WW II period Ukrainian Insurgent Army), which some either downplay or laud as heroes. Freeland and the panelists at the aforementioned Atlantic Council gig don’t seem to care much (if at all) that their anti-Russian views aren’t shared by a good number (not just ethnic Russians) with roots to the land that comprised the Ukrainian SSR. For the former grouping, they’re simply right, which (upon a reasonably objective overview) isn’t the case.

This kind of chauvinistic thinking has greatly contributed to the turmoil. There are numerous Russians and non-Russians taking a more mature approach to the past and present differences.

The greatest chance for a mutually agreed peace is with these individuals having a primary role.

This article first appeared on Strategic-Culture.org and was authored by Michael Averko.