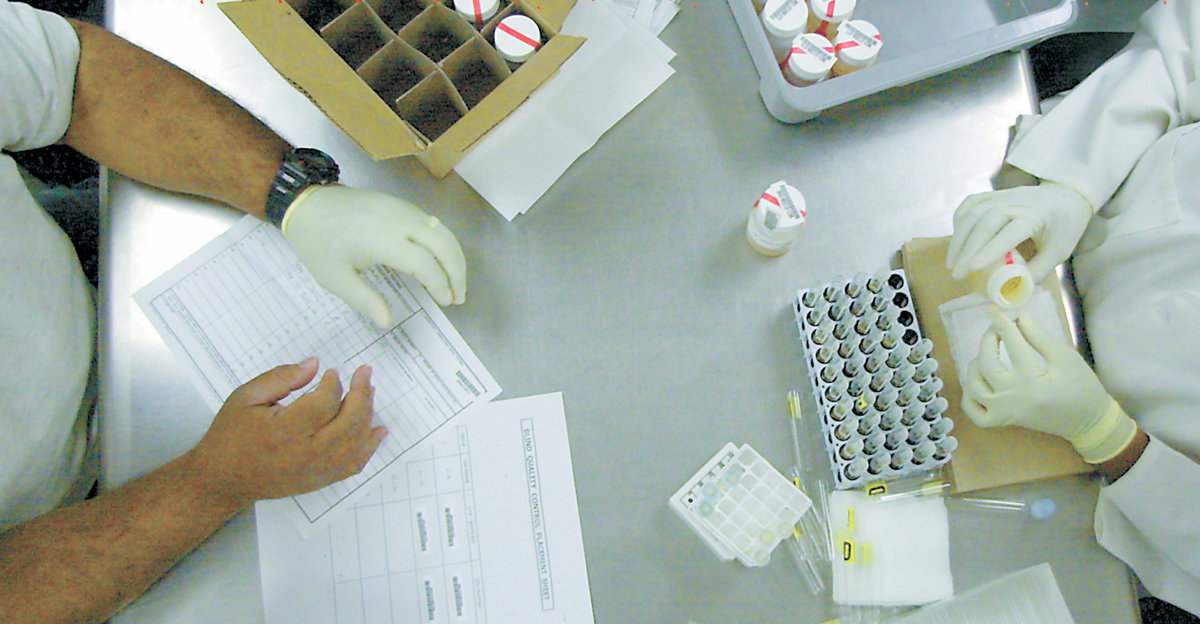 Backwards Land, also known as the United States of America, hosts many states that have implemented arguably counterproductive mandatory drug testing policies that violate personal rights and constitutional liberty. Additionally, such programs are, arguably, a total waste of money. Those suffering from scrutiny regarding what they choose to ingest are often those living in indigency. Seeking public assistance is now contingent upon the ingestion of specific chemicals, but one could argue that better allocation of funds—towards tangible solutions to address poverty, for example—may be more practical, especially after examining the following data.

According to figures gathered by ThinkProgress, “…the seven states with existing programs—Arizona, Kansas, Mississippi, Missouri, Oklahoma, Tennessee, and Utah — are spending hundreds of thousands of dollars to ferret out very fewdrug users.” In fact, more alarming is that the statistics show applicants actually test positive for drug use at a lower rate than the general population, which is 9.4%.

When Arizona initiated this program in 2009, the state mentioned it was relying on a questionnaire to determine which of the applicants requesting aid needed to be tested for drugs. In the time since the intention (2009) to save an estimated 1.7 million dollars, 87,000 people have been tested and the results are interesting, to say the least.

According to USA Today, more than 87,000 welfare recipients went through Arizona’s program in the three years after it began. The total number of drug cheats caught was exactly one—a single positive result, which saved the state precisely $560. [UPDATE: According to numbers provided by the ACLU, the cost of Arizona’s drug testing program may be higher than we first reported. The ACLU estimates that each drug test costs $42, bringing the total cost as high as $3.65 million if all of the new welfare recipients were subjected to the tests.]

According to Tuscon Weekly, there was “One during the first three years of the program, and a grand total of three from 2009 to 2014.”  The results of Arizona’s implemented questionnaire and its efficiency are in question. Further, Arizona is not the only example of excessive drug testing.

Ponder this question while you consider the following statistics straight from Backwards Land: What do you think your money should be spent on? Hindering people or helping them?

Results from around the Land:

Who benefits from these drug tests?

Drug testing in the U.S. has become a multibillion-dollar industry. A little known fact surrounding state-mandated drug testing is that pharmaceutical companies who profit from the testing are the main groups lobbying for their implementation. Also, as big companies begin phasing out drug tests because they are realizing how much of a waste of money they are, these same lobbyists are pushing to get drug testing into public schools to make up for lost profits.

One company at the forefront of the lobbying push for mandatory drug testing is Hoffman-La Roche, which ironically is the same company that produces Valium and other highly addictive sleeping pills. This company also spends money to keep cannabis illegal—and weed is one of the few drugs that these tests can reliably detect. In fact, an entire trade association (Drug & Alcohol Testing Industry Association) has been created as a front for Big Pharma’s lobbying efforts to get as many Americans drug tested as possible while ensuring the War on Drugs stays in full-effect.

In Florida, Governor Rick Scott outsourced much of the testing directly to his wife’s company, Solantic, which now makes millions from the scheme. Governor Scott, being the honorable man that he is, transferred his $62 million stake in the company to his wife a few months before the drug testing began, making sure there was no conflict of interest. At least that’s what we’re supposed to believe.

Politicians benefit by providing a falsified solution to the very real problem of state budget shortfalls. Instead of enacting real solutions which would require a lot of political capital to accomplish, (mostly Republican) politicians are able to use the poor as a scapegoat, fueled by bogus Fox New propaganda. As ironic as it sounds, though, the very so-called fix to wasteful government spending has ended up costing states dearly in this case—with little or no return on investment.

Are there more important things to focus on here? Why do these families require assistance in the first place? What if said required tests are actually preventing those who would benefit from sincere help in battling an addiction from getting help? What if we allocated the funds spent (which is an alarming amount) on actually helping people reform their lives?

Attention to the above would partially remove the necessity of providing people with food services. Imagine if all people had access to real, nutritious food. An objective look at the statistics gathered over the six years that drug testing has been in effect leaves one pondering, indeed.

This article (Arizona Spent $1.7 Million Drug Testing Welfare Recipients to Catch One Person) is free and open source. You have permission to republish this article under a Creative Commons license with attribution to Lavonne Mireles-Clardy and theAntiMedia.org. Anti-Media Radio airs weeknights at 11pm Eastern/8pm Pacific. Image credit: Horia Varlan. If you spot a typo, email edits@theantimedia.org.

Lavonne Mireles-Clardy joined Anti-Media as an independent journalist in August of 2012. Her topics of interest include health, wellness, science and innovation, gardening and seed-saving, metaphysics, and meditation. Living in Lemon Grove, she hosts Anti-Media Radio on Friday’s. Learn more about Mireles-Clardy here!