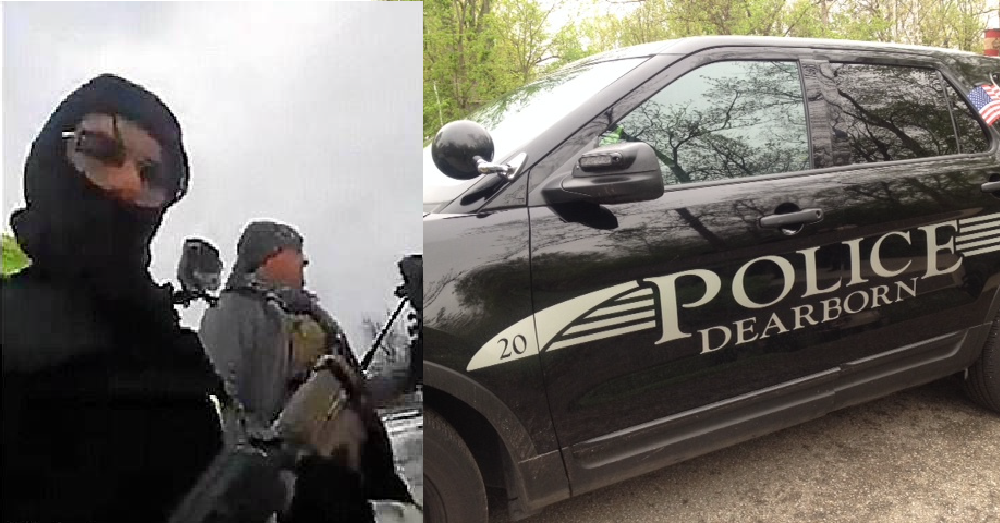 Two men claimed that they were illegally pulled over on Sunday, and in response, they walked into a Michigan police station fully armed and dressed in tactical gear to file a complaint.

The video starts with the man claiming the two feared for their lives during the traffic stop, so they “figured they ought to protect themselves.”

To protect themselves, one man walked into the police station brandishing an assault rifle, while the other filmed on a tripod. However, the filming was cut short abruptly when the police in the station took action against the two gentlemen, and demanded that one man lay down his weapons and the other man back away from him. As a result, the camera falls to the ground, and the viewer is left with a black screen while yelling can be heard in the background.

The office is heard yelling in the video:

“Dude put that on the ground”

“Put it on the ground now or your all dead.”

“I will put a round in your sir, put that rifle on the ground get it off your neck.”

“What the hell is a matter with you? Barrel down put it down step back drop the gun and the sidearm it’s all illegal sir.”

“Drop the f—king gun now on your side now.”

An argument then transpired between the two, with one of the men saying back to the officers, “What is a matter with you open carry [inaudible] it’s no different in this area here.”

“I’m unarmed. You quit pointing a gun at me I came in here to file a complaint,” the man said.

“You can’t come in a police department loaded, okay?” an officer said.

“Put your hands above your head and step back if you fail to follow this lawful order you will be put under arrest,” the officer said.

“I find this behavior totally unacceptable and irresponsible,” Dearborn Police Chief Ronald Haddad said. “This is not a 2nd Amendment issue for me. We had members of the public in our lobby that fled in fear for their safety as these men entered our building. I want to express my appreciation or the many calls of support we’ve received from the community including a call from the president of Michigan Open Carry, Inc. who made it clear that he and his organization stand with law enforcement and unequivocally condemn the actions that took place in our lobby this past Sunday.”