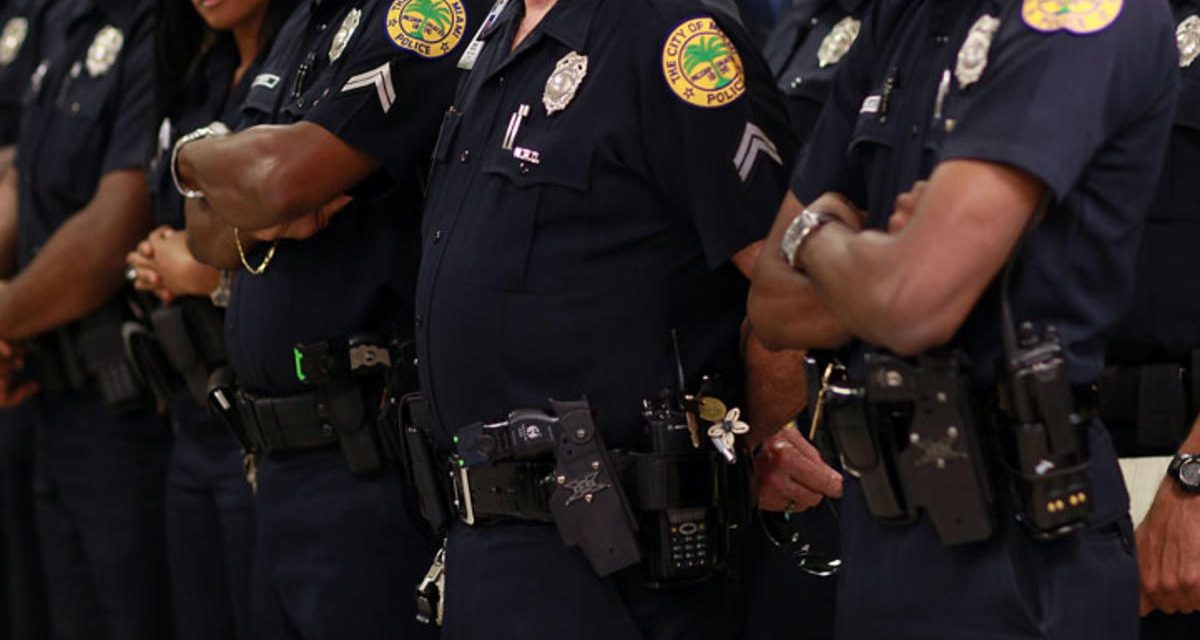 A former Miami police detective faces up to 22 years in prison for stealing from drivers during traffic stops, and lying about the theft.

The Miami Herald reported that William Kostopoulos was convicted by a jury over allegations of theft from drivers on at least three separate occasions.

According to the indictment, the first time was in March 2011, the second in September 2013 and the last in October 2013 when Kostopoulos was finally caught after an individual ran towards his patrol car screaming, which forced him to leave the scene.

Kostopoulos is accused of deprivation of rights under color of law and tampering with a witness, as well as a violation of the Fourth Amendment prohibition against unreasonable seizure of property. He was indicted in 2015.

“To effectively carry out our sworn duty to protect the physical safety and the constitutionally granted rights of our residents, law enforcement officers need the trust and confidence of the community,” Miami-Dade Police Director J.D. Patterson said in a statement. “Officers who violate the tenets of this profession negatively impact this necessary bond between the public and the police, and make the jobs of the honorable and professional officers more difficult.”

Kostopoulos’s maximum sentence is 22 years, although depending on the judge, he could receive a lesser sentence.

“The defendant abused the power granted to him as a law enforcement officer to prey upon unsuspecting motorists for personal gain and then lied about his criminal actions to investigating detectives,” acting Assistant Attorney General Thomas Wheeler of the Justice Department’s Civil Rights Division said in a statement. “He violated not only the law, but also the public trust.”

“The U.S. Attorney’s Office, the Department of Justice and the FBI stand committed to holding those who betray the public trust accountable for their criminal actions, while supporting the overwhelming majority of men and women who proudly uphold their duties to serve and protect the community as law-abiding police officers,” U.S. Attorney Wifredo Ferrer said in a Justice Department statement.

Incidents such as this one are not isolated. In 2013, a Humboldt County’s Sheriff Office deputy in rural Nevada was accused of doing the same thing: extorting drivers for their money.

This happened again in 2014 in New York when a Suffolk County police officer was accused of targeting Hispanic drivers, and stealing cash from them before he was caught by an undercover detective.

In Kostopoulos’s case, it is not clear whether he was involved in any cases of extortion, or any additional cases of theft beyond that three that were uncovered.

I myself was a similar victim of this type of harassment of extortion in 2015 when I was falsely arrested and accused of police assault after an officer tackled me into another officer. The jail warden I just happened to have the unfortunate pleasure of meeting was a corrupt official and he threatened me to sign over the $50 out of my wallet to the jail or “I would have an accident in the brig” as he pointed to a big black officer.

However, it’s also important to note that not every police officer is a bad cop, and nor does this author personally feel that all cops are bad people. It’s rather an issue that has to do with individuals not collectivism although the badge certainly does draw some individuals to a position of power over others not all are power hungry.

The solution is one that has been juggled through legislation, body cams, and a more broad solution that revolves around oversight that is backed by an independent council of civilians and advocacy groups that want police reform reviewing these tapes, as well as tapes inside the jails and prisons to maintain a better justice system that is free from corrupt officials.