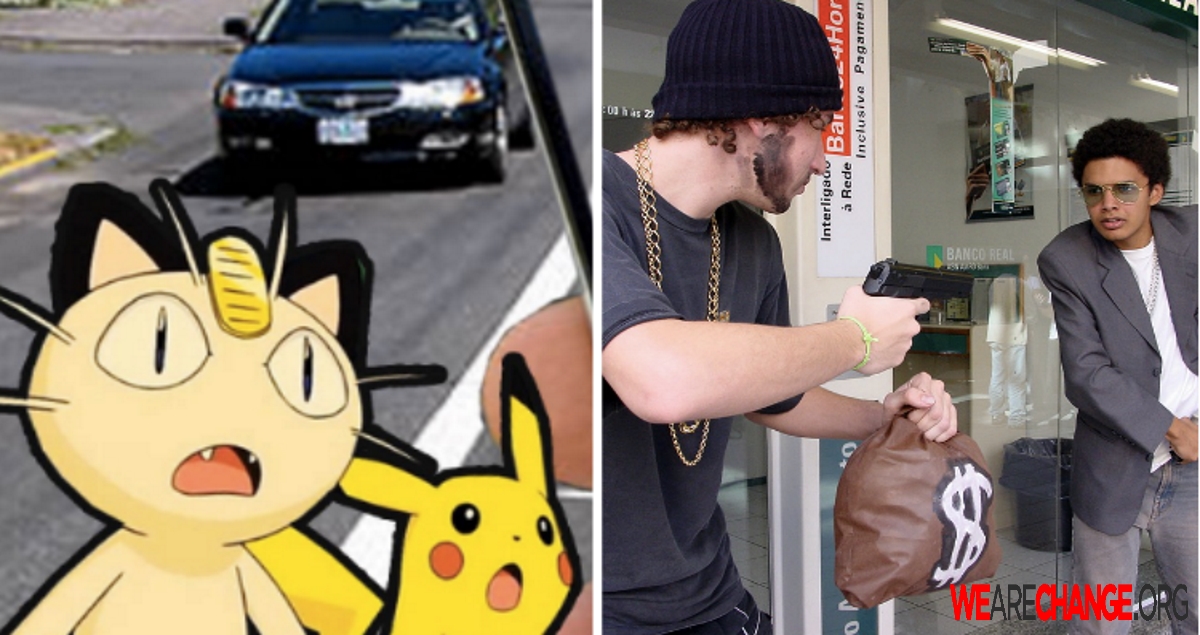 The new augmented reality game Pokemon Go has gotten people off the couch and into the real world. But police in O’Fallon, Missouri say that four men have used the game to find players at a specific location, and robbed them using a handgun.

About eight or nine people have been robbed by four men over the past couple of days, a spokesperson from the O’Fallon Police Department told Gizmodo over the phone. The latest robbery occurred Sunday morning at around 2am by the men in a black BMW before they were finally apprehended by police.

The suspects used the Pokemon Go game to find their victims by anticipating where people might go through popular PokeStops—virtual sites in the game that can be designated at any real word location, from businesses to parking lots to churches.

The four men who were apprehended all range in age from 16 to 18. Their names and what they stole from their victims have not been released.
The O’Fallon Police Department advises that if you’re going to let your kids play Pokemon Go, make sure you keep an eye on where they’re hanging out.

Update, 6:19pm: The St. Charles County Prosecuting Attorney’s Office has announced that it’s charging three people with Robbery in the 1st Degree and Armed Criminal Action; a Class A Felony and an Unclassified Felony.

The three people are all being referred to as adults, depsite the fact that one is 17. The three are Shane Michael Backer, 18, Brett William Miller, 17, and Jamine James D. Warner, 18.