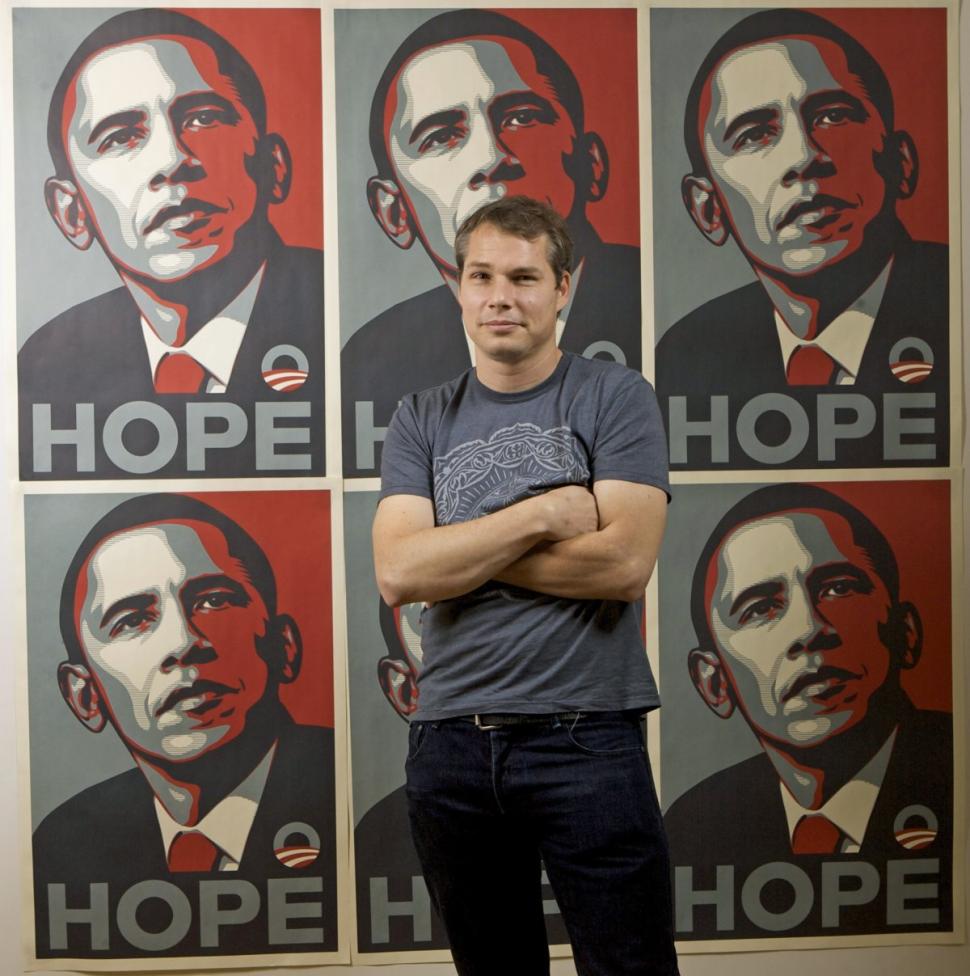 Shepard Fairey said POTUS is “not even close” in living up to the ideals of the poster, reports Esquire.

Fairey says Obama has compromised too often to still believe in him.

“Obama has had a really tough time, but there have been a lot of things that he’s compromised on that I never would have expected,” he said.

“I mean drones and domestic spying are the last things I would have thought (he’d support).”

He also criticizes the President for not taking enough “courageous” decisions.

Fairey admits though that it is not all Obama’s fault and that the “entire system needs an overhaul.”