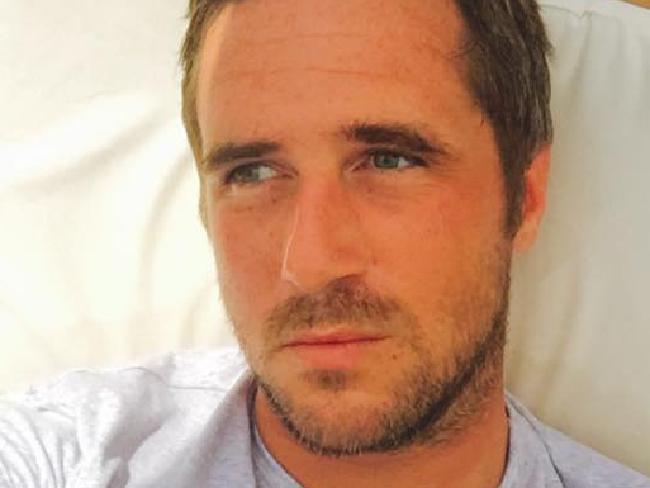 CANTERBURY, UK (WeAreChange) —  A  world-renowned “conspiracy theorist” who died while attempting to expose government cover-ups vomited two litres of black fluid before collapsing dead, a British inquest has been told this week.

According, to The Mirror reports Max Spiers, 39, visited Poland to speak at a conference before he died on a sofa 24 hours later.

His family believes he was ‘murdered by his enemies’ for his efforts in exposing dark secrets about the government.

Just days before his death on July 16, the father-of-two texted a chilling text message to his mother, Vanessa Bates, saying: “Your boy’s in trouble. If anything happens, investigate.”

His mum, 63, said: “I think Max had been digging in some dark places and somebody wanted him dead.”

Originally from Canterbury in the UK, Spiers was a former a classmate of Orlando Bloom. He reportedly lived in the United States for a few years, but had returned to his home town to stay with his mother, before jetting off to Poland with a friend who later discovered his body.

The inquest at Canterbury coroner’s court into his death in Otwock on July 16 opened on Monday after his body was repatriated.

Polish authorities had initially dismissed his death as being down to natural causes, but a post-mortem examination at Margate Hospital, Kent, was unable to determine how he died.

In a statement, coroner’s investigations officer Caroline O’Donnell said: “When they returned, Mr Spiers became ill with a high temperature and was weak,” The Mirror reported.

“The friend called a doctor who attempted resuscitation before pronouncing him dead.”

According to WiseGeekHealth.com, “black vomit is usually caused by bleeding in the upper gastrointestinal tract.”

“Feeling faint and disoriented and looking pale are significant causes of concern, as they may indicate that a patient is losing blood internally.

Mayo Clinic says on their website that severe vomiting along with the symptoms of nausea, weakness and fever are signs of possible food poisoning.

Vanessa, an English teacher who also shares the same theories as her son, said: “He was making a name for himself in the world of conspiracy theorists and had been invited to speak at a conference in Poland in July.

“He was staying with a woman who he had not known for long and she told me how she found him dead on the sofa.

“But I think Max had been digging in some dark places and I fear that somebody wanted him dead.

“Max was a very fit man who was in good health and yet he apparently just died suddenly on a sofa.

“All I have is a death certificate from the Polish authorities that it was from natural causes, but no post-mortem was done so how can they tell that?

“They are also refusing to release any paperwork about it to me because, absurdly, I don’t have his written permission.”

Coroner Alan Blunsdon informed the court he was still awaiting a report from Polish authorities. He also hopes to secure funding to have Mr Spiers’ laptop and mobile phone forensically analysed.

Fellow “conspiracy theorists”, UFO investigators and bloggers believe the circumstances of the death to be highly suspicious.

On one website, blogger Project Camelot wrote: “The entire circumstances are suspicious and I urge everyone to encourage the release of details about what really happened and call for an autopsy.”

Another, Craig Hewlett, added: “If it wasn’t true what he talks about then why would they kill him? Healthy people don’t just get sick and die, they get poisoned.”

His mum added: “It’s been a long time coming, but I’m just relieved that at last something is happening and there is a proper investigation and inquest.”

She previously spoke of her belief that her son was murdered: “These people (who Max was mixing with) appeared to be involved with some very dark and dangerous areas of the world.

“I was afraid that as he was gaining popularity and fame that perhaps someone would want him out of the way, i.e. not alive any longer. I believe somebody’s killed him.

“He has a brother, Josh, and sister, Becky, who are both devastated, as are his two boys. We all want answers to this and I will continue to fight to get to the truth.”

Mr Spiers was buried in Canterbury after his family had his body repatriated a week after his death.

The inquest is currently ongoing.

WeAreChange reporters will attempt to keep you up-to-date with the latest information on this case.