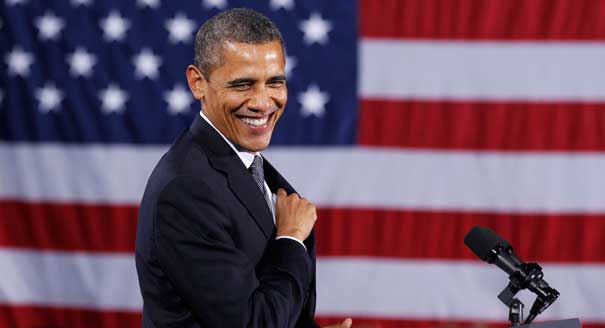 Less than one month after warning about how dangerous fake news can be, President Obama said that the United States will “take action” against Russia for interfering with the U.S. presidential election, an accusation that is based on an unverified report from anonymous CIA sources.

In an interview with NPR, Obama said he has spoken to Russian President Putin directly concerning his feelings on the alleged hacking, and he plans to make Russia feel his wrath, if it is proven that the Kremlin was involved.

“I think there is no doubt that when any foreign government tries to impact the integrity of our elections that we need to take action. And we will—at a time and place of our own choosing. Some of it may be explicit and publicized; some of it may not be.”

Obama also told NPR that he has ordered the U.S. intelligence community to conduct a full review of the alleged cyberattacks before Inauguration Day on Jan. 20.

“There are still a whole range of assessments taking place among the agencies. And so when I receive a final report, you know, we’ll be able to, I think, give us a comprehensive and best guess as to those motivations. But that does not in any way, I think, detract from the basic point that everyone during the election perceived accurately — that in fact what the Russian hack had done was create more problems for the Clinton campaign than it had for the Trump campaign.”

Wait, wait, wait… Obama isn’t just accusing the Russian government of hacking the U.S. election, he’s accusing it of intentionally creating and highlighting scandals about Hillary Clinton, in order to bring favor to Donald Trump, which is directly in line with the anonymous, unverified reports that have been spread throughout the mainstream media. The report Obama is citing has been rejected by veteran U.S. intelligence officials.

Yet, it was just one month ago when Obama warned of the dangers that can be caused by spreading “fake news” during a joint press conference in Berlin with German Chancellor Angela Merkel on Nov. 17.

“And that should be remembered, because at an age where there’s so much active misinformation and its packaged very well and it looked the same when you see it on a Facebook page or you turn on your television.”

It is important to remember that both current and former U.S. intelligence officials have rejected the alleged reports. However, as long as Obama continues to spread unverified reports, it only makes his social justice warrior crusade about the dangers of fake news look even more ridiculous.