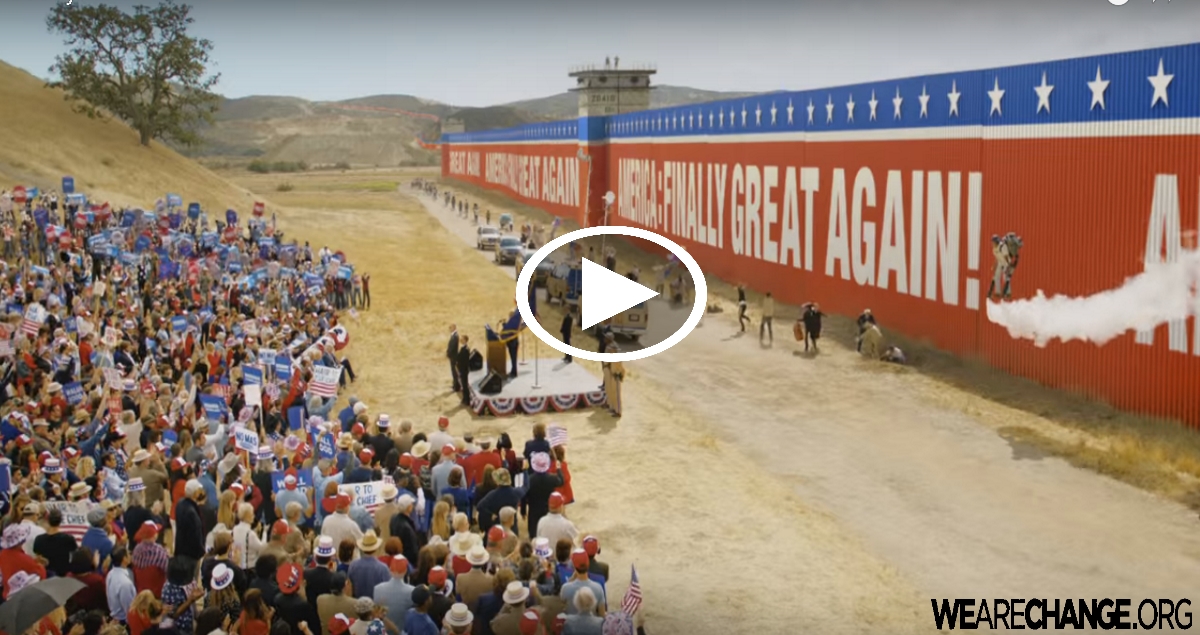 The reputation of the presumptive Republican nominee for president precedes him. Americans whose neurons still fire have spent the past year bashing Donald Trump, and now our allies are getting in on the action. A startup company in Australia released an ad that mercilessly mocks Trump, his wall, and Mexican immigrants. Because the ad could be construed as electioneering, and because of troubling overtones of discrimination, the ad has been banned by ABC, NBC, CBS, Uni-vision and Comedy Central, and possibly others. It was allowed to run on Fox, according to Peter Adderton, the CEO of 360fly, the company responsible for the ad, who said he sympathizes with Republicans.

The ad features an actor who totally nails the look, mannerisms, facial expressions, gestures, voice and narcissism of the Republican candidate. “Trump” is now (shudder) president in the ad, and he is unveiling his wall along the US-Mexican border to gullible supporters and assembled press. He says,

“Today I am proud to unveil the wall. I know walls. This is an amazing wall. Now, no more Mariachis interrupting dinner. No more maids or caballeros. It is absolutely impenetrable. It is absolutely huge. Just like me. I’m fantastic. To our neighbors to the south, I say ‘adios, amigos.’”

RELATED: WHAT WE SAW AT THE TRUMP RALLY WHY IT NEEDS TO STOP

Meanwhile, a man using a 360 degree camera, the product that is being sold in the ad, zooms out of the choreographed spectacle and sees Mexican immigrants getting past the wall. A Mariachi trumpeter, maids, and caballeros tunnel under the wall. After which a gardener rockets over the wall using two leaf-blowers. And the ad ends with people lugging a Churros cart out of a tunnel. The overall result is entertaining, funny, and highlights the idiocy of Trump’s idea that a wall could regulate immigration, while at the same time advertising a product.

However you feel about Donald Trump’s candidacy the derision of the situation is unfortunate. Some people will say the imagery  in the commercial could be construed as simply mocking “Trump’s” words in the speech. But to do so, it also chooses to mock immigrants by reinforcing  dangerous and degrading caricatures of Hispanics and that nationally lampoon them with offensive cartoonish stereotypes . Thus, it accepts Trump’s central conceit that Mexicans are considered second-class citizens who don’t belong here. It would be a far more powerful of and advertisement if it had flipped the script on Trump’s rhetoric by actually humanizing Mexican immigrants and showing them as productive members of society, rather than simply further schematizing the cultural divide circumventing it with a literal wall. Nonetheless, the ad is successful in both creating a viral interest and by exposing the lunacy of American Isolationist thinking.