Bank of America Gets Pad Locked After Homeowner Forecloses On It 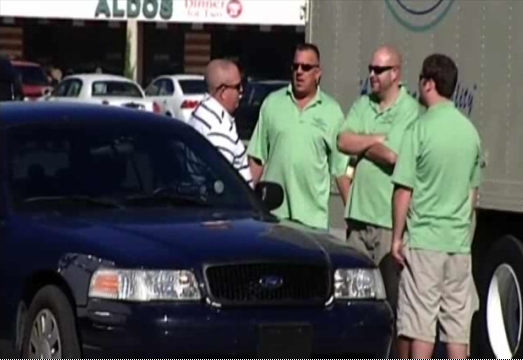 Collier County, Florida — Have you heard the one about a homeowner foreclosing on a bank?

Well, it has happened in Florida and involves a North Carolina based bank.

Instead of Bank of America foreclosing on some Florida homeowner, the homeowners had sheriff’s deputies foreclose on the bank.

It started five months ago when Bank of America filed foreclosure papers on the home of a couple, who didn’t owe a dime on their home.

The couple said they paid cash for the house.

The case went to court and the homeowners were able to prove they didn’t owe Bank of America anything on the house. In fact, it was proven that the couple never even had a mortgage bill to pay.

A Collier County Judge agreed and after the hearing, Bank of America was ordered, by the court to pay the legal fees of the homeowners’, Maurenn Nyergers and her husband.

The Judge said the bank wrongfully tried to foreclose on the Nyergers’ house.

So, how did it end with bank being foreclosed on? After more than 5 months of the judge’s ruling, the bank still hadn’t paid the legal fees, and the homeowner’s attorney did exactly what the bank tried to do to the homeowners. He seized the bank’s assets.

“They’ve ignored our calls, ignored our letters, legally this is the next step to get my clients compensated, ” attorney Todd Allen told CBS.

Sheriff’s deputies, movers, and the Nyergers’ attorney went to the bank and foreclosed on it. The attorney gave instructions to to remove desks, computers, copiers, filing cabinets and any cash in the teller’s drawers.

After about an hour of being locked out of the bank, the bank manager handed the attorney a check for the legal fees.

“As a foreclosure defense attorney this is sweet justice” says Allen.

Allen says this is something that he sees often in court, banks making errors because they didn’t investigate the foreclosure and it becomes a lengthy and expensive battle for the homeowner.