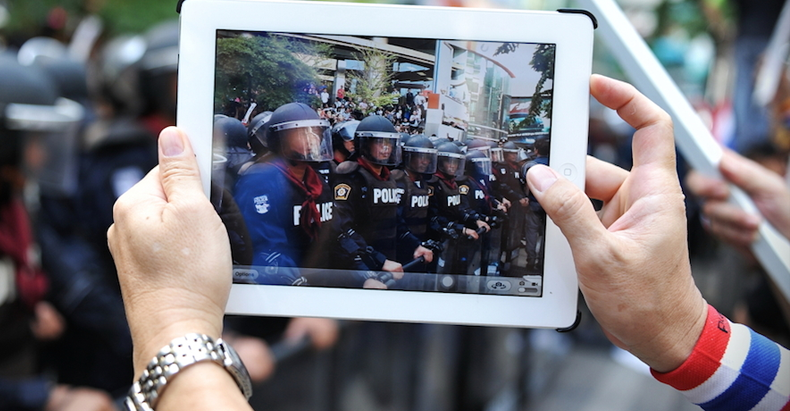 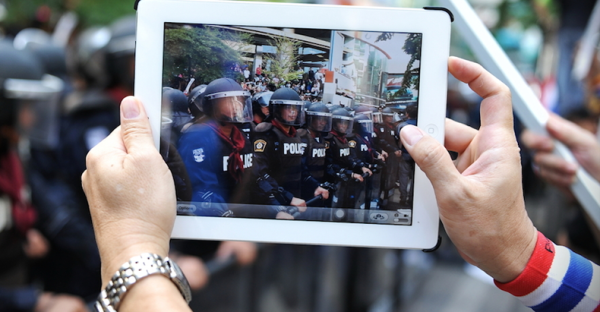 An Arizona senator who wanted to make it a crime to take close-up video of police has killed his own bill because of public outcry.

Senate Bill 1054 would have criminalized shooting video of police from a distance closer than 20 feet, unless permission was given.

Arizona Sen. John Kavanagh, R-Fountain Hills, sponsored the bill, which was introduced earlier this month, but he was pressured into killing it this week, citing public backlash over concerns about free speech under the First Amendment.

“It generated very emotional opposition on both sides,” Kavanagh said in a statement. “That dooms a bill to failure. Once a bill becomes so mired in controversy…it’s time to move on.”
Kavanagh told U.S. News & World Report that he sponsored the bill based on his experience as a Port Authority officer at John F. Kennedy International Airport in New York City during the 1970s.

He says he found syringes on one of R&B singer Wilson Pickett’s bandmates and had him up against the wall, when Pickett approached him and asked, “Is this going to take long?”