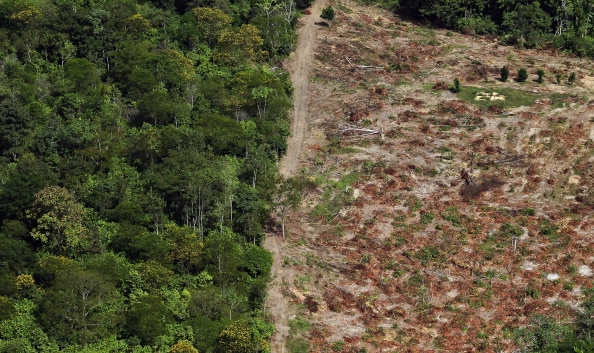 Almost two years after a controversial bid by the country’s politicians to auction off part of the Amazon Rainforest to Chinese oil drilling companies, the it seems like the deal is finally about to get finalized, according to The Business Insider.

If the deal does go through, China would be free to exploit about 3 million of the country’s 8.1 million hectares of pure, untouched Amazonian rainforest. The region has remained pristine despite the advent of industrialization, until now.
Areas of the Amazon are widely believed to carry vast deposits of oil, one of the global market’s primary commodities. With China growing at an unprecedented pace, its acquisition of the Amazonian rainforest would, of course, enable the Asian giant to access more resources.

Of course, such a move carries undeniable consequences, most of all being the obvious negative effects on the Amazon’s ecosystem. Ecuador, most especially the millions of hectares of pure rainforest, is extremely biodiverse and is widely thought to hold species of animals that are probably yet to be discovered.
However, such biodiversity is also extremely delicate; thus, the oil exploration activities of China might very well compromise its balance.
Axis of Logic stated that the sale of parts of the Amazon was met with much criticism, especially from the indigenous groups who consider the land their home. A previous court ruling has also granted them the right to veto any projects that might involve the environment.
In a nutshell, the court ruling stated that their consent is needed before the rainforest could be touched.
Narcisa Mashienta, one of the leaders of Ecuador’s Shuar people, has stated that her people, as well as the other indigenous groups residing in the area, are sternly refusing the intended exploitation of the forest.
“They have not consulted us, and we’re here to tell the big investors that they don’t have our permission to exploit our land,” she said.
With Ecuador’s current financial troubles, however, groups such as the Shuar people might not have a choice. Avid environmentalist and human rights and campaigner Adam Zuckerman of the California-based NGO Amazon Watch, believes that China might have left Ecuador with no choice, reported The People’s Voice.
“My understanding is that this is more of a debt issue. It’s because the Ecuadoreans are so dependent on the Chinese to finance their development that they’re willing to compromise in other areas such as social and environmental regulations,” he said.
China has been loaning Ecuador billions of dollars since 2009 in exchange for oil shipments. The Asian superpower has also helped the country fund its most ambitious hydroelectric infrastructure projects. As of last summer, Ecuador owned China $7 billion, which is more than a tenth of the country’s GDP.