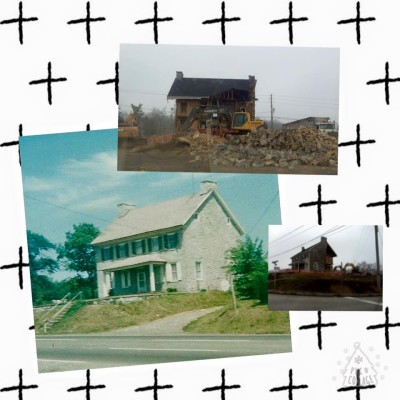 Officials in Silver Spring Township, Pennsylvania are scrambling to save face after they inadvertently allowed a local developer to begin demolition on the reputed birthplace of the U.S. Bill of Rights.
Triple Crown Corporation secured the necessary permits and followed the proper protocols to demolish a two-story stone house along Carlisle Pike that was most recently used as Stone House Auto Sales. But it wasn’t until the company started demolition Jan. 6 that local officials realized its historical significance, The Sentinel reports.

Christine Musser, a member of the township Conservation and Preservation Committee, told the news site an outside source pointed out the building formally known as the James Bell Tavern was built in 1780, and hosted the Stony Ridge Convention in 1788. At the Convention, Anti-Federalists opposed to the U.S. Constitution laid the groundwork for the Bill of Rights, according to news site.

“It was at the tavern on July 3, 1788, with pending ratification of the new federal constitution at hand, that a band of Cumberland Countians led by Robert Whitehall, Benjamin Blythe and others declared the need for changes in the document before they could accept it,” PennLive.com reports.

Historian Jeff Wood told the site “these (men) were strong voices from the frontier who were speaking for the people … and they wanted something to point to in the document.
Silver Spring Township requires builders to ensure they comply with local laws and ordinances, and to ensure buildings are not historic or protected by the Township’s Cultural Features Map and Historic Buildings List before beginning work.

Triple Crown Corporation complied with the rules, but the Bell Tavern was never placed on the township’s historic buildings list and a demolition permit was issued by local officials. The company started work to tear down the building Jan. 6, and were about a third of the way along before a local resident alerted Musser to the building’s historical significance.

“Triple Crown apparently had no clue of the building’s historical significance,” Musser told The Sentinel. “It was an oversight.”

Initially, township officials issued a stop work order, but were later forced to rescind the request when they realized they hadn’t properly preserved the landmark.

“Township staff issued a stop-work order on the demolition, and the developer complied. By that time, a portion of the building had been demolished. The stop-work order allowed us to assess the situation and whether the developer was in compliance with our ordinances,” the statement continued.

“Whether intentional or by error in 1995, the Bell Tavern was not listed as an (sic) historic, protected building on the Township’s Cultural Features Map and Historic Buildings List referred to in our zoning ordinance,” officials said. “Based on that, the Township had to lift the stop-work order. Despite the lifting of the order, the developer has continued to suspend demolition, affording us the opportunity to engage in discussions about the preservation of the building.”

Officials with Triple Crown did not return messages from The Sentinel or PennLive.com.

Pennsylvania state Rep. Stephen Bloom shared a montage of the destruction on Facebook (above), calling it “a sad sight.”

The bottom line, township supervisor David Lenker II said, is “the township should have had this designated (for historic preservation) and we didn’t.”

It’s unclear how the township and developer will resolve the issue, but Musser is hopeful locals can still save the building and acknowledge the site with a historic marker or some other acknowledgement.

“Just because there’s all these warehouses, trucking companies and trailer parks around this 1780 building isn’t reason to demolish it,” she said. “When you can visually see the building, that’s an important picture of what Silver Spring Twp. was …”

Others believe the partially demolished building is symbolic reflection of the current state of the Bill of Rights in America.

“How appropriate that part of the building has been torn down while other parts remain,” commenter WC Handy posted to The Sentinel. “We have a Congress that is so intent on destroying the Bill of Rights with due exception to Amendment II. The building as it stands now is rather indicative of the current state of our Bill of Rights.

“Why not leave the building as it is to serve as a reminder to us all?”