Bill O’Reilly loses custody of his children after choking wife 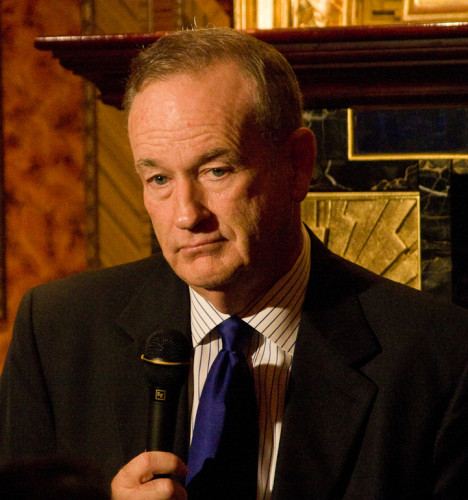 Bill “Family Values” O’Reilly has been denied custody of his children by a New York court. The court ruled that O’Reilly was not fit to have custody of his kids after a domestic violence incident. The official ruling stated:
“Viewing the totality of the circumstances, there is a sound and substantial basis for the Supreme Court’s determination that it is in the best interests of the children for the mother to be awarded primary residential custody. Particularly relevant in this case are the clearly stated preferences of the children, especially considering their age and maturity, and the quality of the home environment provided by the mother.”
Last May, O’Reilly’s daughter told a court that she saw Bill choking his wife and then dragged her down the stairs. Bill O’Reilly attempted to smear his wife by calling her an “adulterer” and also told his daughter that spending time with her mother would ruin her life. Bill and his wife divorced in September 2011.
I feel terrible for Bill’s ex-wife, Maureen, as well as O’Reilly’s kids. I’m glad he was denied custody because it seems like was a danger to both his wife and kids. This is just another depressing example of a hypocritical “Family Values” Republican. Bill O’Reilly denied these accusations earlier, but with Bill’s clear anger issues, he wasn’t fooling anyone.