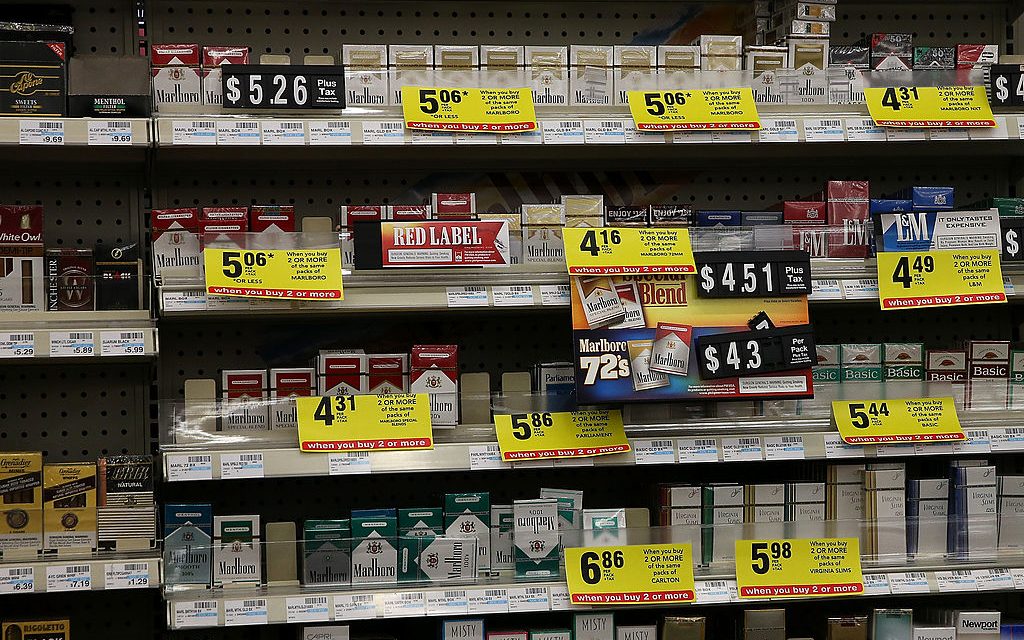 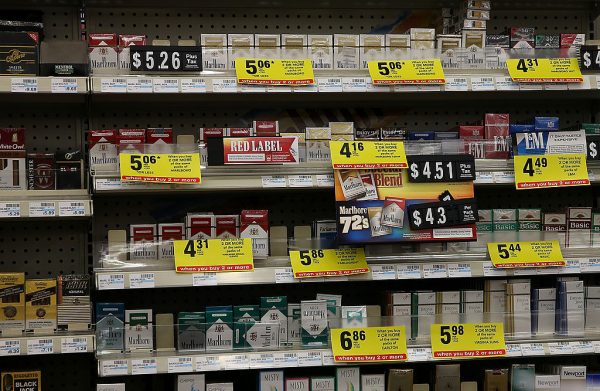 GREENBRAE, CA – FEBRUARY 06: Packs of cigarettes are displayed on a shelf at a CVS store on February 6, 2014 in Greenbrae, California. CVS Caremark announced Wednesday that it will no longer sell cigarettes or other tobacco products as of October 1, 2014 at its CVS/pharmacy stores. (Photo by Justin Sullivan/Getty Images)

California lawmakers are sending six bills to restrict tobacco use to the governor after a delay of more than six weeks.

The bills sent Friday include a proposal to raise California’s legal age for smoking, dipping, chewing and vaping tobacco from 18 to 21.

Democratic legislative leaders wielded rarely used house rules to hold onto the bills after lawmakers passed them in March.

Big Tobacco has threatened to target the changes at the ballot box if they are signed into law.

Gov. Jerry Brown has declined to comment on the proposals. He has until May 4 to sign, veto or send them back to the Legislature.

Opponents would need to collect 366,000 valid signatures within three months of Brown’s signature to ask voters to reject the new laws in November.