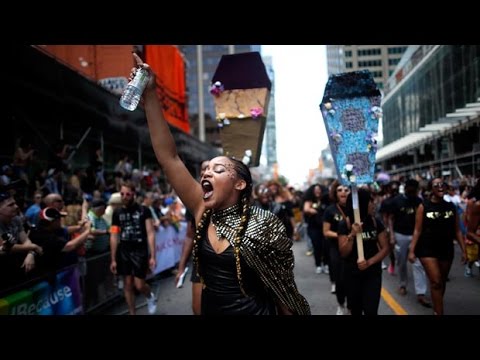 In a move that will further damage the Black Lives Matter movement, BLM decided they would try to extort $13,000 out of the Gay Pride movement. When BLM failed to extort the parade, which BLM had been invited to as an honored group, they crashed the parade with smoke grenades.

BLM threw down rainbow colored smoke grenades then proceeded a sit down protest refusing to move and chanting until their nine demands were met. 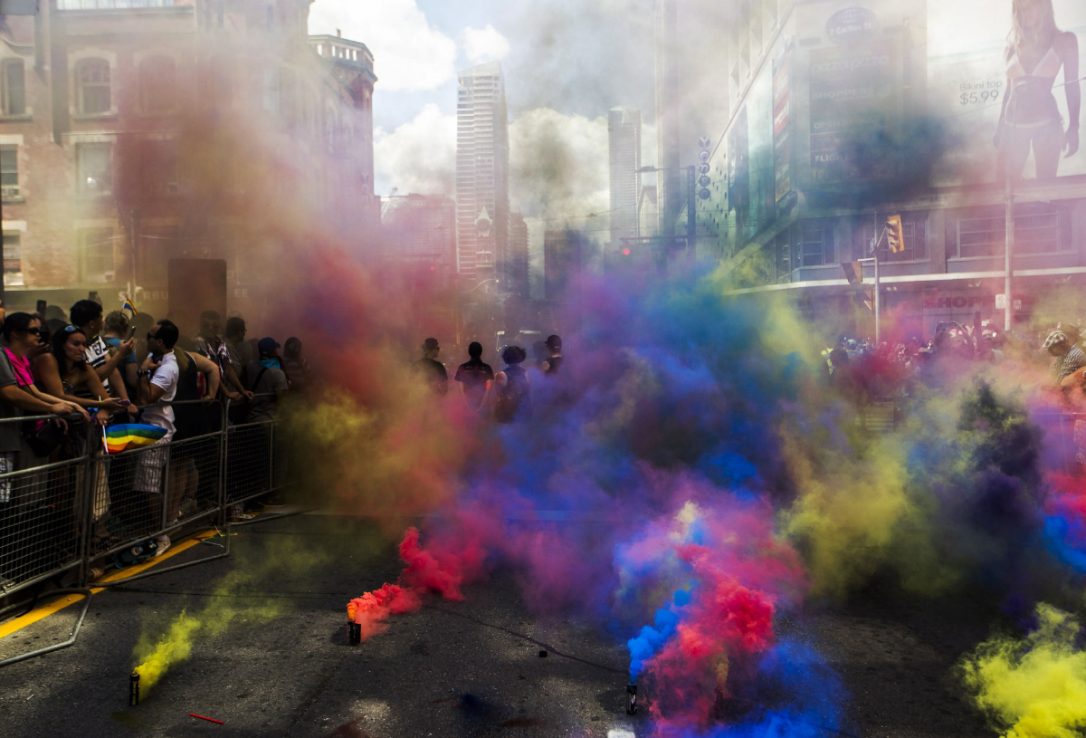 Alexandria Williams, co-founder of Black Lives Matter in Toronto, spoke to CBC News in which she said that the protest was done to temporarily shut down the parade to challenge “Pride’s anti-blackness.”
Although a full statement was later released on twitter.

“The Reality is we halted the pride parade today because Pride Toronto as an organization has been constantly pushing black folk into terms of their programming other marginalized communities in terms of their programming and are very far place in order for us to celebrate our pride so today we held pride for their anti-blackness for their anti-Indigenuity the fact that we have been pushed to the margins way too long.”
~Alexandria Williams, Co-founder of Black Lives Matter Toronto Said.

The parade continued after Pride’s executive director, Mathieu Chantelois, signed the list of nine demands made by the Black Lives Matter movement. The nine demands were – 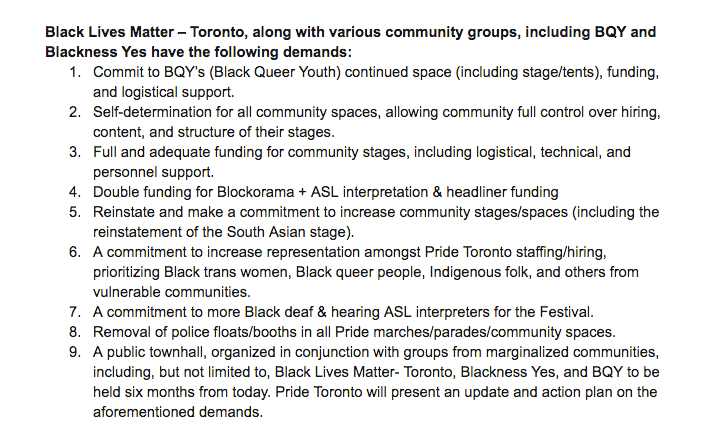 Yes, not only did BLM try to extort money out of another group, they not only protested and blocked the parade for 30 minutes, Black Lives Matter tried to dictate what floats the Pride Organization could have at their parade by calling for an end to police floats at future pride events.

“Shame on Pride organizers this is not what this event is about. This event is about inclusiveness. It’s about community, and now they’ve attempted to drive a wedge in that community.” ~Police Association President Mike McCormack

Pride has responded to the police by saying that despite signing an agreement with BLM they haven’t finalized keeping police floats out of next years parade. Mathieu Chantelois said he only signed BLMs demands to continue the parade and it wasn’t a binding agreement but it was a promise to have a conversation with BLM about their issues they brought up. A good summary of the eventful day can be seen below by DailyXtra. Many see this move by Black Lives Matter to be shameful — how can a group protest an event they were invited to? Black Lives Matter has over the past year endured a lot of bad rep. In July, 2015 reporter  Brandon Blackwell was threatened by Black Lives Matter supporters.

Another incident happened in November 2015, where a Black Lives Matter Supporter hit another white protester in the head with a hammer because he was white and “shouldn’t be there.”

Instead of saying Black Lives Matter, let’s try saying All Lives Matter. Saying any life matters more then another is just another form of division. Black people may have faced the most extreme bias, but the issues faced by the black community belong to many people, and the best way to solve the problems is not by racial divisions.

In any case, Black Lives Matter is becoming a real problem — promoting white racism while being against black racism. It doesn’t work that way — promote equality not a divisive movement.

If Martin Luther King Jr. was still around and not assassinated by the CIA, he would tell you that what you are doing is wrong. He had a dream of freedom and equality for every man woman and child regardless of melanin. Your color doesn’t make you different deep down inside – we are all humans with the same organs who all bleed and love regardless of sexual preference, color, and gender. We all co-exist and share this planet. Any issue of race is a wedge issue designed to divide and conquer.

“My priority yesterday was to make the parade move,” Mathieu Chantelois, the executive director of Pride Toronto, told CP24 the following day on July 4, 2016. “Frankly, Black Lives Matter is not going to tell us that there are no more floats anymore in the parade.”  Mathieu Chantelois said to CP24.