Police Arrest Man For Burning US Flag On His Own Property 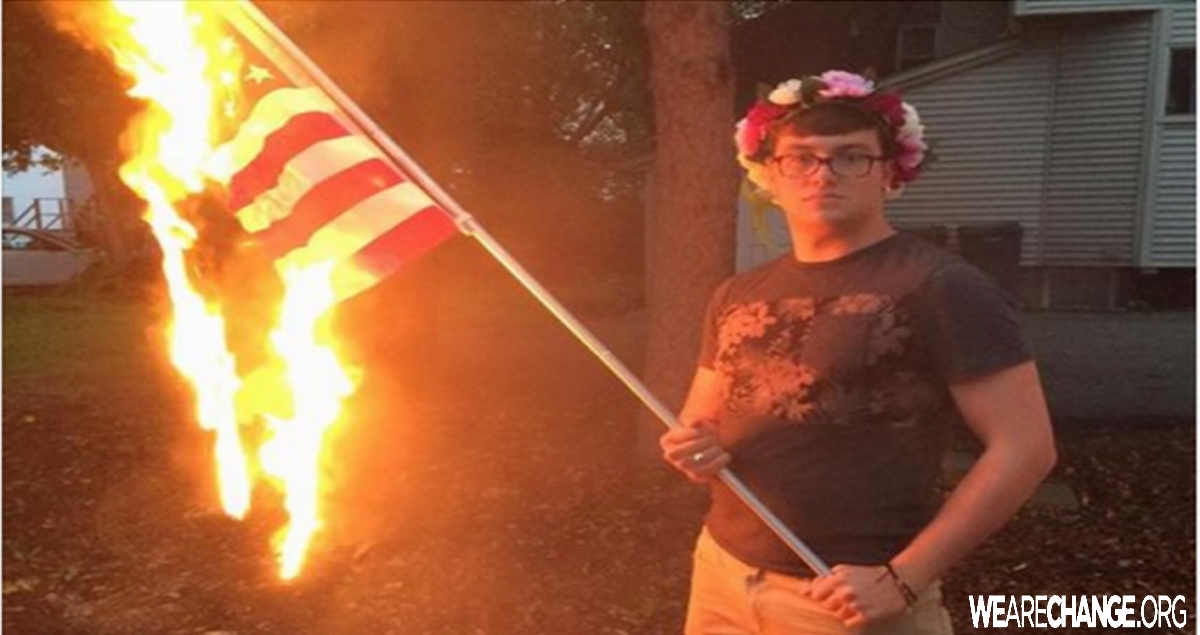 Police Arrest Man For Burning Flag On His Own Property and Posting Picture Online.

Via. Counter Current News Editorial Team <— Show Support to our friends in Liberty..

An Illinois man named Bryton Mellott, 22, was just arrested after posting a photograph of himself burning an American flag on the 4th of July.

The viral image enraged millions on Facebook and other social media platforms on the Fourth.

The photo of Mellott burning the flag on the 4th of July quickly spread and was a trending discussion of the day. Even more infuriating to many was his accompanying message that was highly critical of violence and racism in the United States.

Bryton’s post was later deleted, though it is unclear if he deleted it or if Facebook did. Facebook is notorious for deleting controversial posts even when they do not violate the social media giant’s terms of service or “Community Standards.”

In the post, however, Mellot openly taunted law enforcement, daring them to arrest him for the offense, as he was on his own property in the image.

He didn’t think they would be able to touch him, but the police decided that they write their own laws… and Constitution apparently.

The Urbana Police Department booked Mellott in the Campaign County Jail at 9:47 AM. and charged him with desecrating the American flag.

Mellott is due in court today, July 5, for arraignment on his charge. 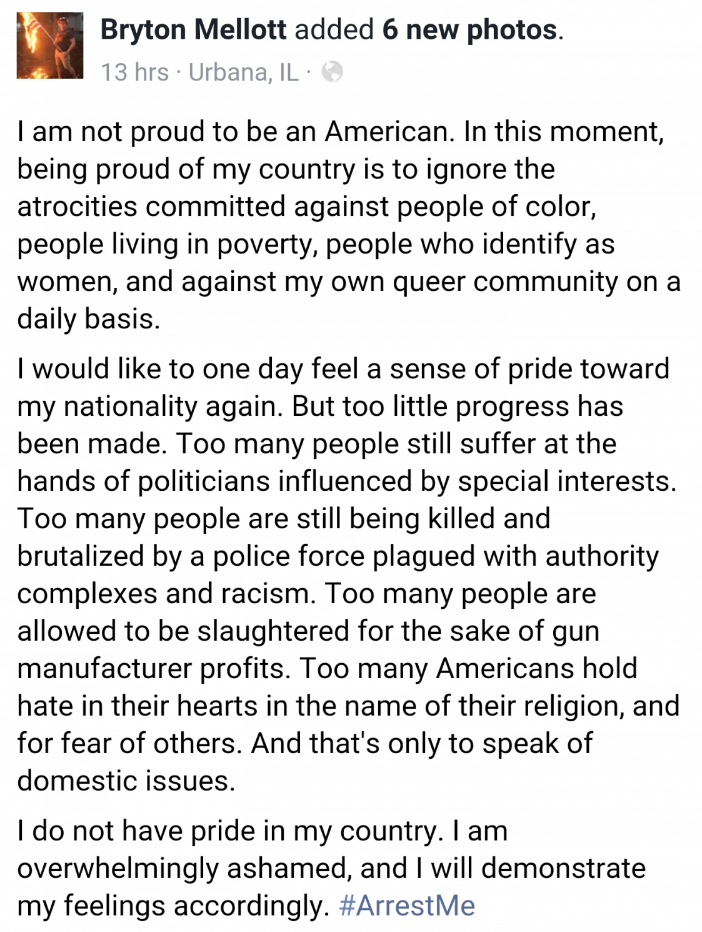 Can you smell the “freedom” cooking?
(Article by M. David; h/t to Rock Feed)