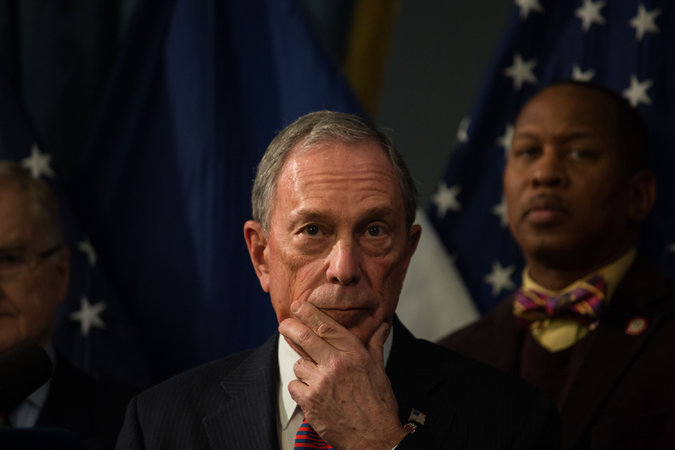 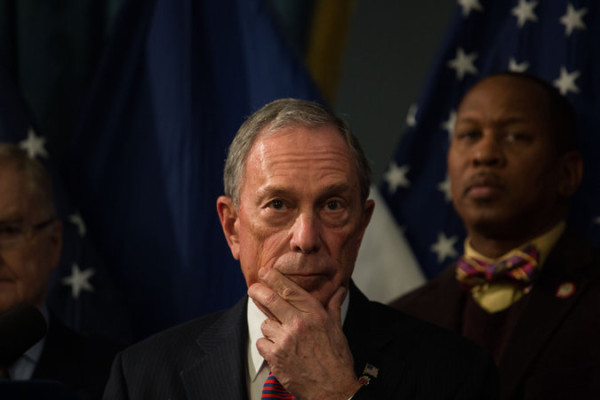 Michael R. Bloomberg has instructed advisers to draw up plans for a potential independent campaign in this year’s presidential race. His advisers and associates said he was galled by Donald J. Trump’s dominance of the Republican field, and troubled by Hillary Clinton’s stumbles and the rise of Senator Bernie Sanders of Vermont on the Democratic side.

Mr. Bloomberg, the billionaire former mayor of New York City, has in the past contemplated running for the White House on a third-party ticket, but always concluded he could not win. A confluence of unlikely events in the 2016 election, however, has given new impetus to his presidential aspirations.

Paul Krugman Blog: How To Make Donald Trump PresidentJAN. 23, 2016
Mr. Bloomberg, 73, has already taken concrete steps toward a possible campaign, and has indicated to friends and allies that he would be willing to spend at least $1 billion of his fortune on it, according to people briefed on his deliberations who spoke on the condition of anonymity because they were not authorized to discuss his plans. He has set a deadline for making a final decision in early March, the latest point at which advisers believe Mr. Bloomberg could enter the race and still qualify to appear as an independent candidate on the ballot in all 50 states.

Continue reading the main story
GRAPHIC
Who Is Leading the Iowa and New Hampshire Polls
A look at the latest results for Iowa and New Hampshire, and how this year compares to previous election seasons.
OPEN GRAPHIC
He has retained a consultant to help him explore getting his name on those ballots, and his aides have done a detailed study of past third-party bids. Mr. Bloomberg commissioned a poll in December to see how he might fare against Mr. Trump and Mrs. Clinton, and he intends to conduct another round of polling after the New Hampshire primary on Feb. 9 to gauge whether there is indeed an opening for him, according to two people familiar with his intentions.

His aides have sketched out a version of a campaign plan that would have the former mayor, a low-key and cerebral personality, give a series of detailed policy speeches backed by an intense television advertising campaign. The ads would introduce him to voters around the country as a technocratic problem-solver and self-made businessman who understands the economy and who built a bipartisan administration in New York.

Mr. Bloomberg would face daunting and perhaps insurmountable obstacles in a presidential campaign: No independent candidate has ever been elected to the White House, and Mr. Bloomberg’s close Wall Street ties and liberal social views, including his strong support for abortion rights and gun control, could repel voters on the left and right.

But his possible candidacy also underscores the volatility of a presidential race that could be thrown into further turmoil by a wild-card candidate like Mr. Bloomberg.

If Republicans were to nominate Mr. Trump or Senator Ted Cruz of Texas, a hard-line conservative, and Democrats chose Mr. Sanders, Mr. Bloomberg — who changed his party affiliation to independent in 2007 — has told allies he would be likely to run.

For Republicans, Mounting Fears of Lasting SplitJAN. 9, 2016
Edward G. Rendell, the former governor of Pennsylvania and a past Democratic National Committee chairman, said he believed Mr. Bloomberg could compete in the race if activist candidates on the left and right prevailed in the party primaries.

“Mike Bloomberg for president rests on the not-impossible but somewhat unlikely circumstance of either Donald Trump or Ted Cruz versus Bernie Sanders,” said Mr. Rendell, a close ally of Mrs. Clinton’s who is also a friend of Mr. Bloomberg’s. “If Hillary wins the nomination, Hillary is mainstream enough that Mike would have no chance, and Mike’s not going to go on a suicide mission.”

In a three-way race featuring Mr. Sanders and Mr. Bloomberg, Mr. Rendell said he might back the former New York mayor.

“As a lifelong Democrat, as a former party chairman, it would be very hard for me to do that,” he said. “But I would certainly take a look at it — absolutely.”

Mr. Bloomberg declined to comment on his interest in the 2016 race, and most of his associates would speak only on the condition that they not be named. Mr. Bloomberg is irked by the perception that he has toyed too often with running for national office, according to several associates, and is said to be wary of another public flirtation.

At the same time, these associates said, he has grown more frustrated with what he sees a race gone haywire. A longtime critic of partisan primary elections, Mr. Bloomberg has lamented what he considers Mrs. Clinton’s lurch to the left in her contest against Mr. Sanders, especially her criticism of charter schools and other education reforms that he pushed as mayor and has continued to support since leaving office.