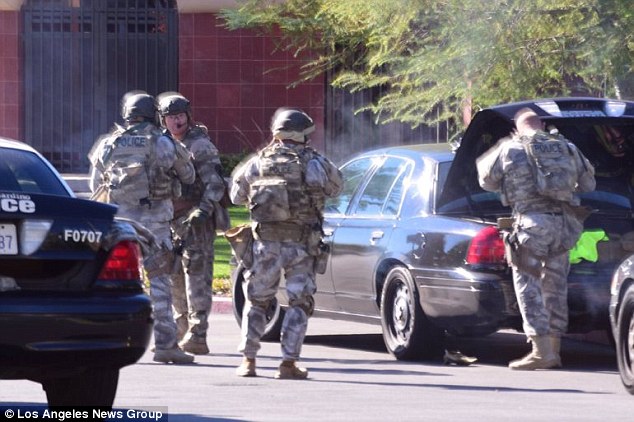 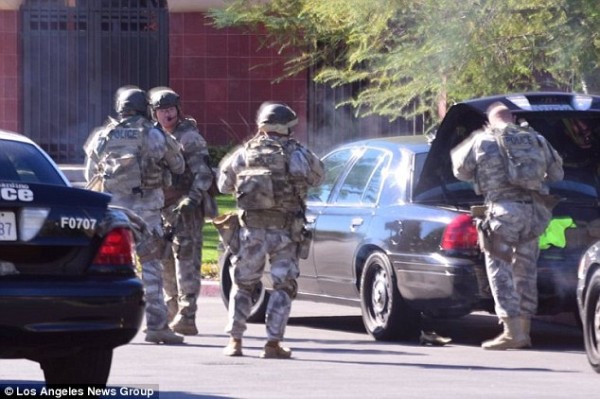 Members of a SWAT team pictured in San Bernardino, California

Authorities of San Bernardino, California reported on Twitter at 11:15 AM that first responders were at 1300 block of South Waterman Avenue.