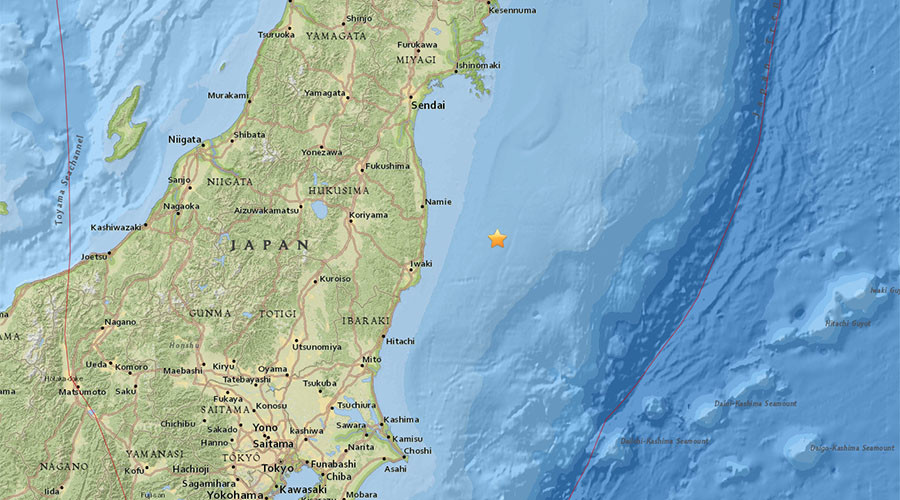 A 7.3 earthquake has just struck off the coast of Fukushima, causing residents still recovering from 2011’s tsunami to once again panic. Civilians are being urged by the Japanese government to flee to high ground immediately.

The emergency channel broadcasted shortly after that it could be potentially higher then first thought.

Nuclear plants have ceased operation following what was learned during 2011’s disaster.

In March 2011, a 6.6 earthquake lead to the largest nuclear disaster since Chernobyl when Fukushima-1 plant leaked radioactive material into the Pacific Ocean, and although the radiation was reported to have not caused any deaths the Tsunami and earthquake killed at least 15,000.

This is an image of the Fukushima Nuclear Plant from NHK with the text "evacuate immediately." Unsettling #japanquake pic.twitter.com/9sYIFD8uuP

Pacific Tsunami Warning Center has issued “a tsunami threat message for other parts of the Pacific located closer to earthquake,” while stressing that there is no tsunami threat for the U.S. state of Hawaii.

The epicenter of the earthquake was approximately 67 kilometers northeast of Iwaki, according to the U.S. Geological Survey.

“Damage due to tsunami waves is expected. Evacuate immediately from coastal regions and riverside areas to a safer place such as high ground or an evacuation building. Tsunami waves are expected to hit repeatedly. Do not leave safe ground until the warning is lifted,” Pacific Tsunami Warning Center reported.

(THIS IS A DEVELOPING SITUATION AND WILL BE UPDATED AS NEW INFORMATION BECOMES AVAILABLE.)