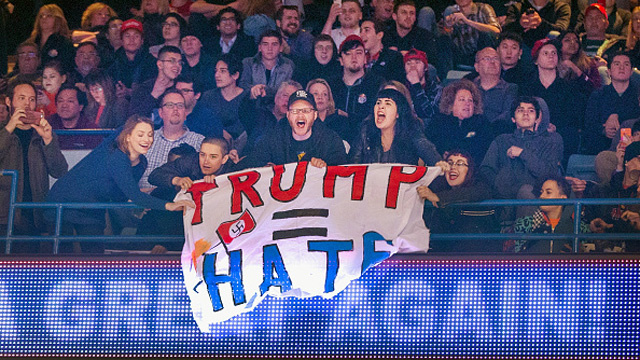 A female student in Ohio is being charged after filing a false police report alleging that she was attacked by Donald Trump supporters, and liberal students in Massachusetts are facing disciplinary action after creating Ku Klux Klan hoax vandalism. 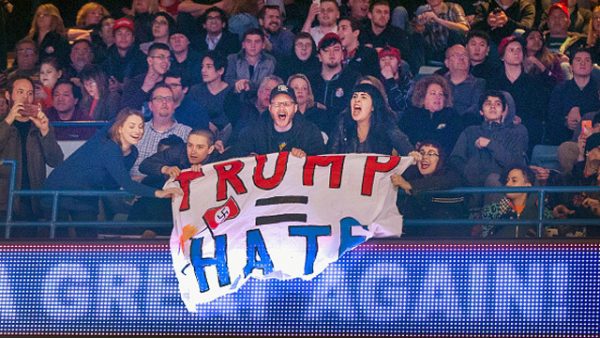 The day after the election, 24-year-old Eleesha Long, a black student at Bowling Green State University in Ohio, claimed that she was attacked by three white men wearing Trump hats who threw rocks at her and called her a racial slur. She immediately took to Facebook about the attack, and it went rapidly viral.

She described in detail what each man was wearing during the alleged “hate crime,” and what happened to her — but never filed a police report. Eventually, an officer from her school took her to the police station to file a report.

Throughout the police investigation, Long’s story changed multiple times and her Facebook and Verizon history proved that she was not where she claimed to be.

It turns out that the student was motivated by frustration with friends and family members who supported the president-elect, the local ABC affiliate reports.

In her text messages, police found messages to her boyfriend and mother saying things such as “this is why you should take an IQ test to vote,” “I hope they all get AIDS,” “I haven’t met a decent Trump supporter yet.”

It appears that Long was the one full of hate all along. She has now been charged with falsification and obstructing official business.

Meanwhile, at Williams College in Massachusetts — a liberal arts school — two students are facing disciplinary action over a KKK hoax.

The students involved have not yet been named, but they gained viral attention after pouring a red wood stain meant to look like blood down the stairwell of a school building and writing “AMKKK KILL” with the substance.

Both the Federal Bureau of Investigations as well as the Massachusetts State Police were brought on to investigate the hateful vandalism. After looking at over 40 suspects however, it was determined that the two students had done it in an act of protest against the election results.

The students staged the pro-KKK statement to “bring attention to the effects of the presidential election on many within our community,” Williams College President Adam Falk said in a statement about their eventual confession.

“Their actions did much more than damage property,” Falk continued. “They harmed our entire community and caused considerable fear, among students in particular. We are deeply distressed that anyone in our community would feel compelled to express themselves in such a destructive and harmful way.”

In Louisiana, an 18-year-old Muslim student is facing misdemeanor charges for fabricating a story that her hijab was yanked from her head by Trump supporters shouting racial slurs on election night.

“During the course of the investigation, the female complainant admitted that she fabricated the story about her physical attack as well as the removal of her hijab and wallet by two white males,” Lafayette police said in a statement. “This incident is no longer under investigation by the Lafayette Police Department.”

Her fabrications had been reportedly widely in mainstream media before being debunked.

Meanwhile, Trump supporters, including children, have been actually violently assaulted across the nation.