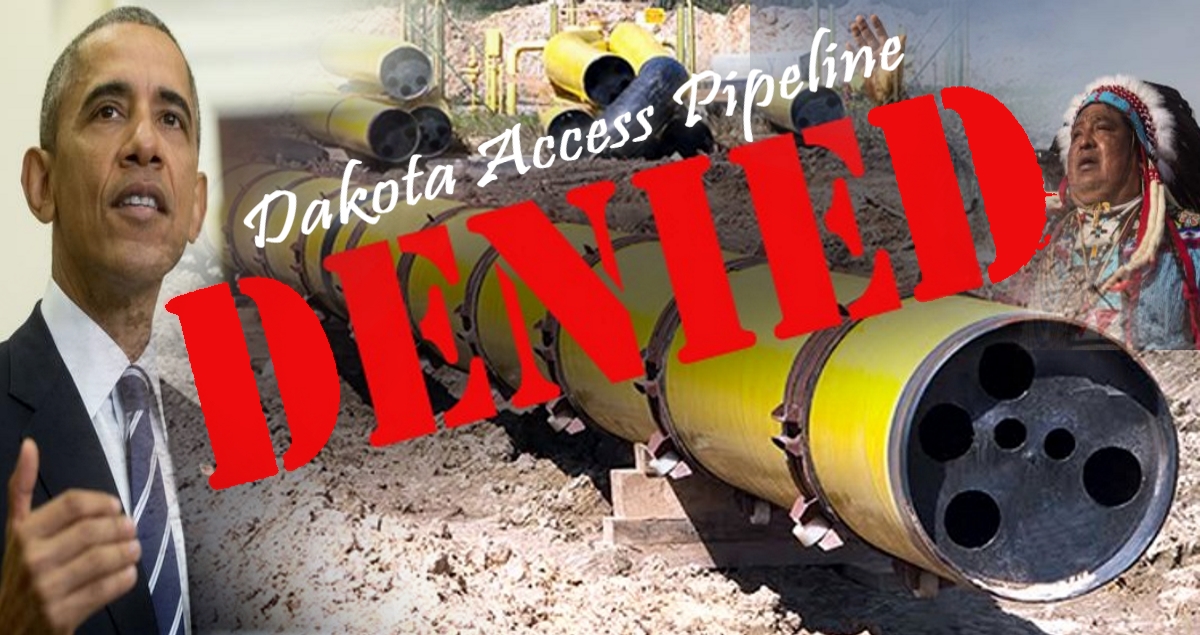 Federal officials have denied the final permits required for the Dakota Access Pipeline to continue in North Dakota.

Earlier today we published an article documenting that after the governor of North Dakota and the Morton County police office announced that they would be closing the camp north of the bridge on Monday Dec. 5  thousands of people, including US veterans, are beginning to arrive at the Sacred Stone camp in Standing Rock, North Dakota, to defend the Dakota Access Pipeline protesters.

On  Sunday evening the The Army Corps of Engineers announced it would instead conduct an environmental impact review of the 1,170-mile pipeline project and determine if there are other ways to route the pipeline to avoid a crossing on the Missouri River.

“Although we have had continuing discussion and exchanges of new information with the Standing Rock Sioux and Dakota Access, it’s clear that there’s more work to do,” Army Assistant Secretary for Civil Works Jo-Ellen Darcy said in a statement.

“The best way to complete that work responsibly and expeditiously is to explore alternate routes for the pipeline crossing.”

Interior Secretary Sally Jewell released a statement in support of the decision, saying it is in line with federal laws designed to assess environmental impacts of infrastructure projects.

“The thoughtful approach established by the Army today ensures that there will be an in-depth evaluation of alternative routes for the pipeline and a closer look at potential impacts, as envisioned by NEPA,”  she said in the statement.

They did it! The army corps of engineers did it! Obama denied the final permit for the pipeline. The pipeline is stopped for now!

The decision comes after months of protests against the proposed project. The Standing Rock Sioux tribe objects to the pipeline, warning that it threatens their drinking water supply.

Sunday’s decision is a major victory for the tribe, which sued against other permitting decisions for the project, pushed the Obama administration to deny it, and rallied tribal allies and anti-pipeline activists to their cause.

“We wholeheartedly support the decision of the administration and commend with the utmost gratitude the courage it took on the part of President Obama, the Army Corps, the Department of Justice and the Department of the Interior to take steps to correct the course of history and to do the right thing,” tribal chairman Dave Archambault said.

me rn because @BarackObama has denied the final permit for the North Dakota Access Pipeline & will be rerouted. #NoDAPL #WaterIsLife pic.twitter.com/kp9uJwwbLS

The long-term effect of the Army Corps of Engineer’s decision is unknown. President-elect Donald Trump‘s transition team told lawmakers last week that he supports the pipeline and will grant the permit. 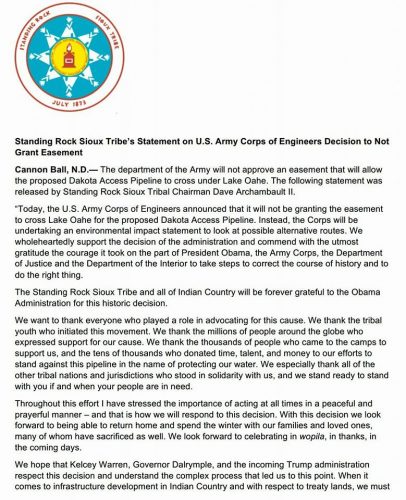 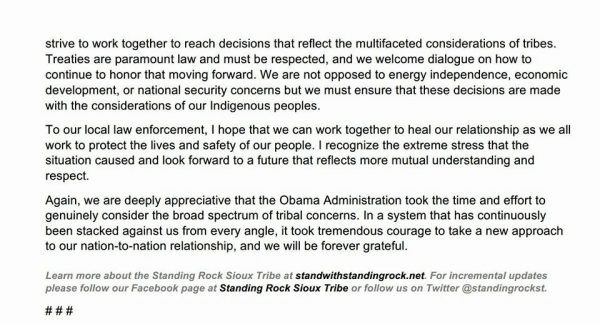 This article (Feds Have Denied Dakota Access Pipeline’s Permit To Continue Construction) is free and open source. You have permission to republish this article under a Creative Commons license with attribution to DannyQuest and WeAreChange.org.  If you find any grammatical mistakes or factual errors in this article please email them to Danny@wearechange.org