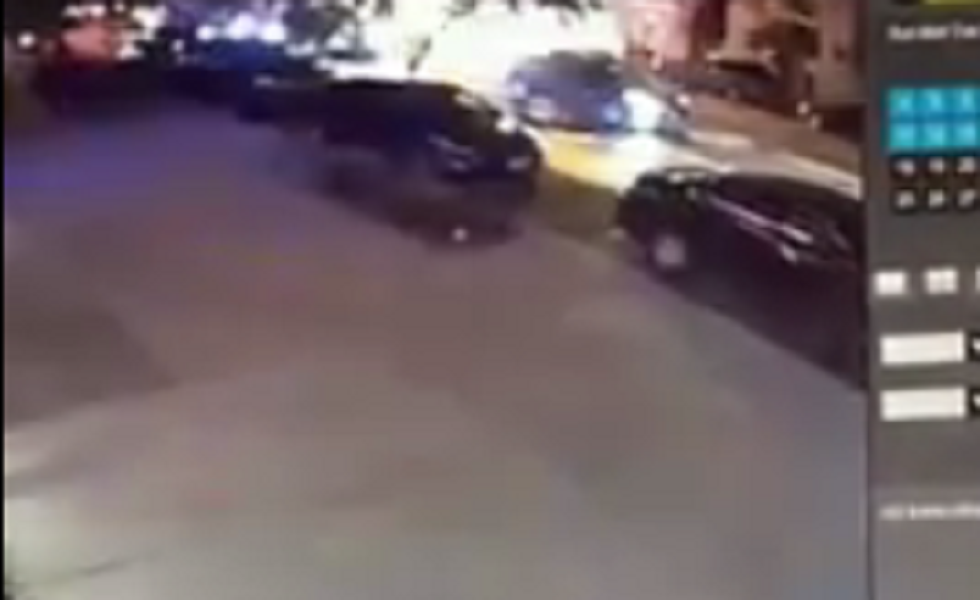 The FDNY is reporting 29 people were injured after an explosion, which has been called “intentional,” on a busy street in New York City on Saturday evening.

“This was an intentional act,” Mayor Bill de Blasio said at a news conference Saturday night, while also claiming that there is no known link to terrorism as of yet.

“Tonight New York City experienced a very serious incident,” de Blasio said.  However, he said that “there is no evidence at this point of a terror connection.”

The explosion came from a dumpster around 8:30 PM at 135 23rd St. between Sixth and Seventh avenues. A  second device was also found at West 27th Street between Sixth and Seventh avenue — just four blocks away. At 11:45 it was reported by Fox News that the second device was a pressure cooker with wires and a cell phone attached, reminding the nation of the Boston bombing.

BREAKING PHOTO! Here is the second device found by a NYSP Sgt. At 27 street and 7 Ave. investigation is ongoing pic.twitter.com/x7o9Rr30I3

“State officials are coordinating our response with federal and New York City authorities, and full state resources have been made available for this investigation,” Governor Andrew Cuomo said. “We are closely monitoring the situation and urge New Yorkers to, as always, remain calm and vigilant.”

Of the 29 injured, one is in “serious” condition.

“The president has been apprised of the explosion in New York City, the cause of which remains under investigation. The president will be updated as additional information becomes available,” the White House press pool reported around 10:30 PM.

The explosion in Chelsea came eight hours after a pipe bomb was detonated in Seaside Park, New Jersey, along the Semper Fi 5K Charity Run route.

The Bureau of Alcohol, Tobacco, Firearms and Explosives arson and explosives task force are responding to the explosion, as well as the FBI and local fire and law enforcement.

It remains unclear how on earth an intentional explosion would not be immediately considered terrorism.