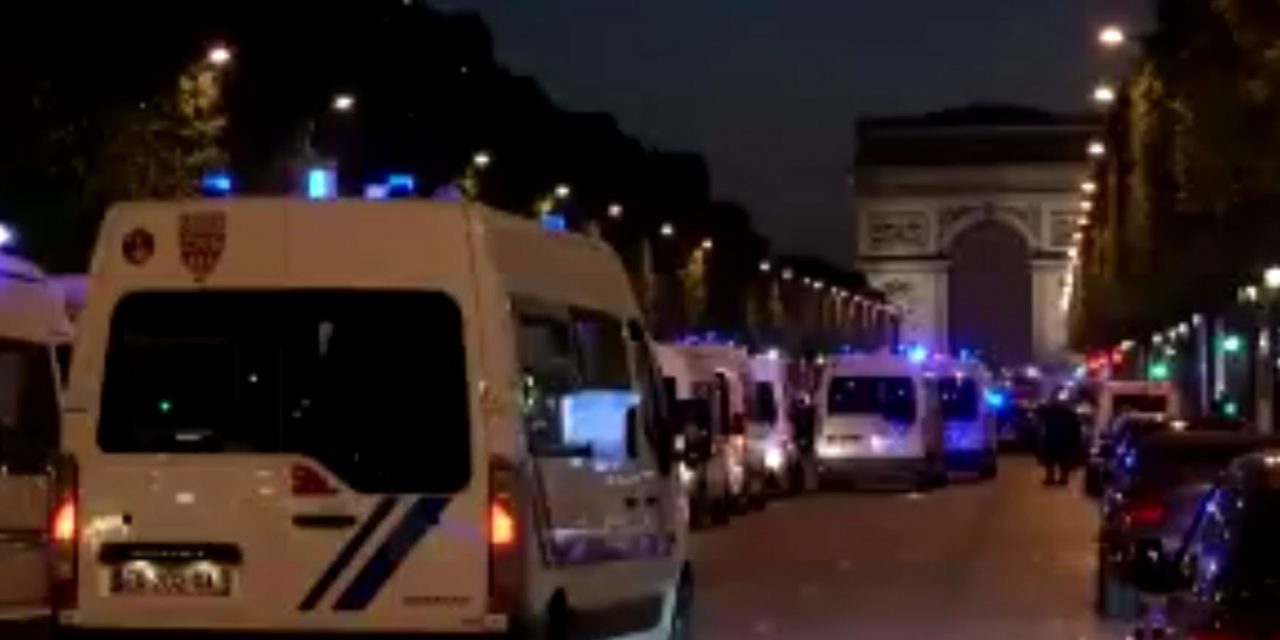 Breaking reports out of Paris say a police officer was killed and another officer wounded after a shooting near the Champs Elysee. The France Local claims that the shooter was killed during the aftermath.

BREAKING: French police says 1 officer has been killed & another wounded in a shooting near the Champs Elysees in Paris. – @SkyNewsBreak

An eyewitness was quoted to say the following:

“At first we thought it was firecrackers but then we realized it was a shooting and everyone ran in panic. People were crying.”

Zero Hedge reported, “French TV channel BFM broadcast footage of the Arc de Triomphe monument and top half of the Champs Elysees packed with police vans, lights flashing and heavily armed police shutting the area down after what was described by one journalist as a major exchange of fire nears a Marks and Spencers store.”

The shooting comes as French voters prepare for Sunday’s presidential election, where Marine Le Pen is running to push back against the Islamist militant attacks in France that have killed more than 230 people in the past two years.

Reuters reported earlier this week that two men were arrested in Marseille whom police said had been planning an attack ahead of the election. A Paris prosecutor reported that a machine gun, two hand guns and three kilos of TATP explosive were among the weapons found at a flat in the southern city along with jihadist propaganda materials.

This is a breaking story and will be updated with important details.