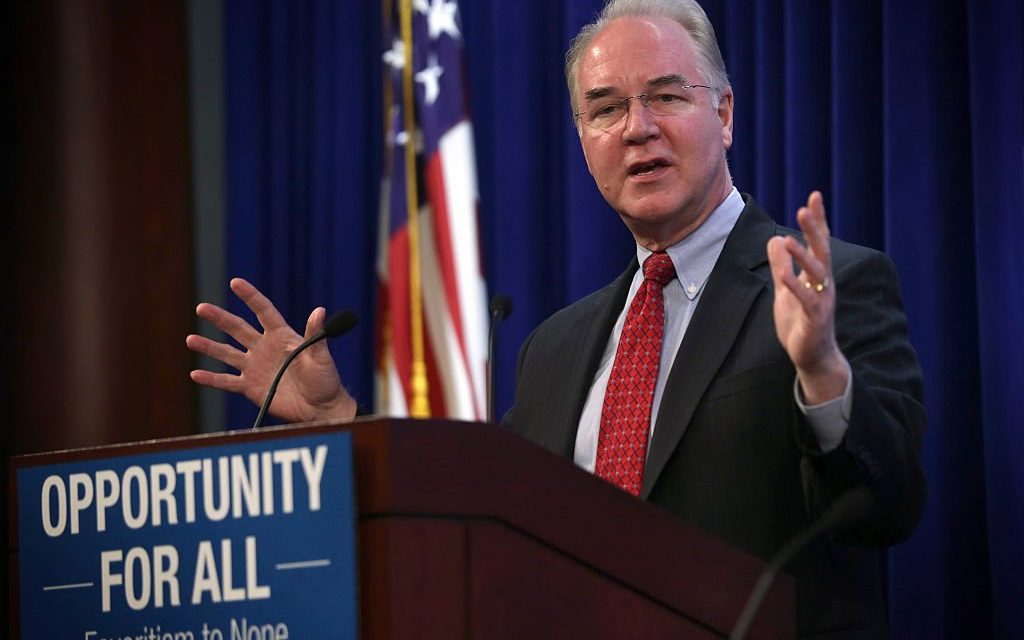 President-elect Donald Trump has chosen six-term Congressman Tom Price (R-GA) to serve as his Secretary of Health and Human Services in his administration.

According to Reuters, the former orthopedic surgeon and Georgia representative will be announced as soon as tomorrow morning citing an anonymous campaign transition source.

Price has been one of the strongest opponents to the Obama Affordable Care Act and currently serves as chairman of the House Budget Committee.

Where other Republicans have opposed the Affordable Care Act, Mr. Price has introduced solutions sponsoring several bills to implement a comprehensive replacement plan.

THIS IS A BREAKING STORY AND WILL BE UPDATED