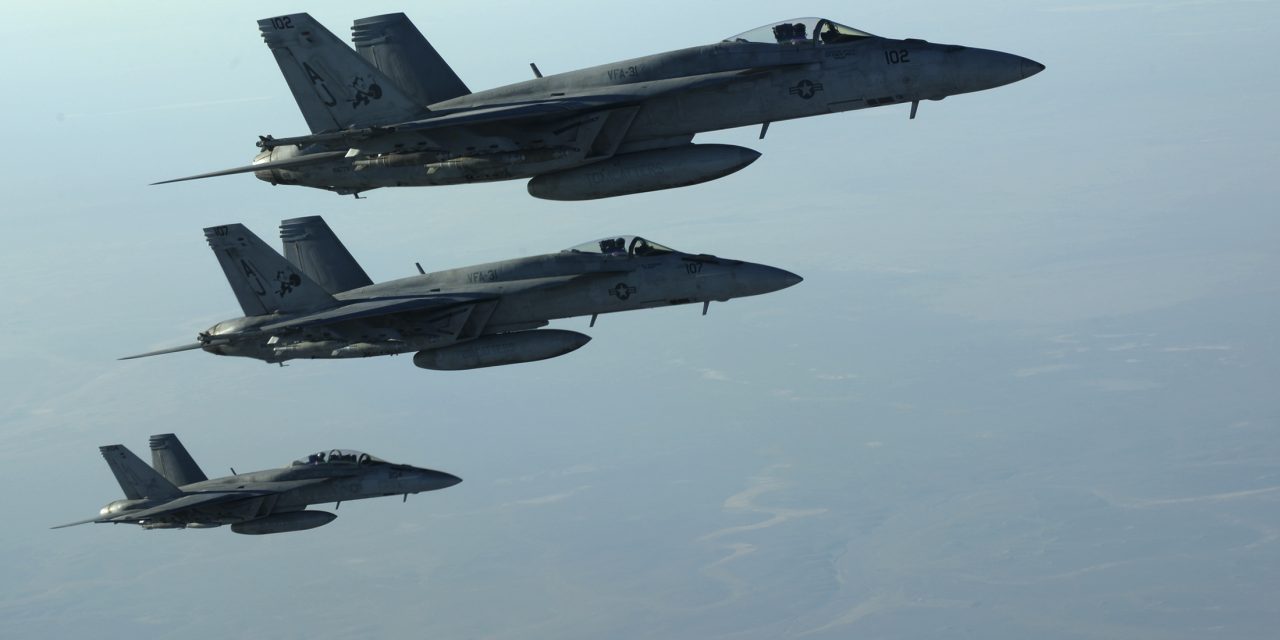 Two credible sources are reporting that Trump’s airstrikes against Syria, which risk provoking a major military conflict involving not only Russia but also China, could begin as soon as tonight.

First, the Spectator tweeted moments ago that there are “reports that journalists are being told to remain at Pentagon and ‘chatter’ of military strike on Syria as soon as tonight

BREAKING: Reports that journalists are being told to remain at Pentagon and 'chatter' of military strike on Syria as soon as tonight

Second, according to BBC’s North American reporter, Jon Sopel, US military action against Assad could be “imminent”

“Given everything that’s been said in the last 24 hours, I think that military action is a betting certainty and could be imminent and we could wake up tomorrow morning and find out that the Americans have taken action,” Sopel said adding that the Trump administration’s shift on the issue has been “pretty dramatic” in light of Rex Tillerson statement just one week ago that Assad was part of Syria’ s future and “the longer term status of President Assad will be decided by the Syrian people.”

.@BBCJonSopel on Syria: "We could wake up tomorrow morning and find out that the Americans have taken action." https://t.co/RT9xXCsEl7 pic.twitter.com/SNJvYSRNBW

Sopel adds that having “heaped derision” on Barack Obama for allowing Assad to cross his red line, “for Donald Trump not to act now he would look weak, and he wouldn’t want that.”

As reported earlier, the Pentagon is set to brief Trump on his military options in Syria, which include a potential “saturation strike” which could result in numerous Russian military casualties, and resulting in an imminent confrontation between Washington and Moscow. The NYT adds that negotiations are taking place right now between Defense Secretary Jim Mattis and Gen. Joseph F. Dunford Jr., the chairman of the Joint Chiefs of Staff.

Meanwhile, as Paul Joseph Watson reports, a groundswell of opposition to what Trump supporters see as a “disastrous move” is building, with many amazed that Trump is considering following the same catastrophic policy that Hillary Clinton pursued in aiding jihadist rebels in Libya and Syria by destabilizing Assad’s secular government.

So far markets have not reacted to speculation of imminent action.

Stay tuned for updates at WeAreChange.org as soon as we get them.