With a victorious vote out of the European Union, Brexit has caused the sterling pound to collapse to lows as low as 1985 as U.K. stock futures plunge something that we previous warned about a month ago.  That Brexit could cause the Sterling and EU to collapse.

George Soros also warned that a YES vote to leave the EU would cause a currency crisis and he invested his money into gold.

As a result of Brexit, Gold and the YEN has also surged in value, Gold jumped 8.1 percent or $1,358.54 an ounce. Soros just made off like a bandit.

while the Euro slumped 3.3 percent and other countries currency markets around the world plunged even worse.

This vote is being felt around the world the effects are rippling both economically and consciously although the effects may be felt in the pockets, this is a huge victory for Britain.

Stocks and currencies are plummeting Global as investors are scrambling World wide.

She has also warned that the Fed is running low on options to handle another economic crisis.

Other Asian markets were also down 1-4%.

India’s Sensex index fell 3% and is continuing to plummet further.

That's what half a trillion dollars in losses looks like.
99% of AsiaPac stocks down #Brexithttps://t.co/zj7rM7TEJ3 pic.twitter.com/O3bZa4I8By

Bond Markets are feeling Britain’s exit from the European Union too.

Bank stocks like JPM,  Barclays, BOA are being hit by the Financial earthquake as well.

“You’re going to have a lot of political uncertainty, and that’s going to lead to financial uncertainty. And also, there’s an economic hit coming because you’re changing institutional relationships.” said  Allianz Chief Economic Adviser Mohamed El-Erian of to CNBC.

EX FED CHAIRMAN Aalan Greenspan had this to say to CNBC.

“This is the worst period, I recall since I’ve been in public service. There’s nothing like it, including the crisis — remember October 19th, 1987, when the Dow went down by a record amount 23 percent? That I thought was the bottom of all potential problems. This has a corrosive effect that will not go away.” 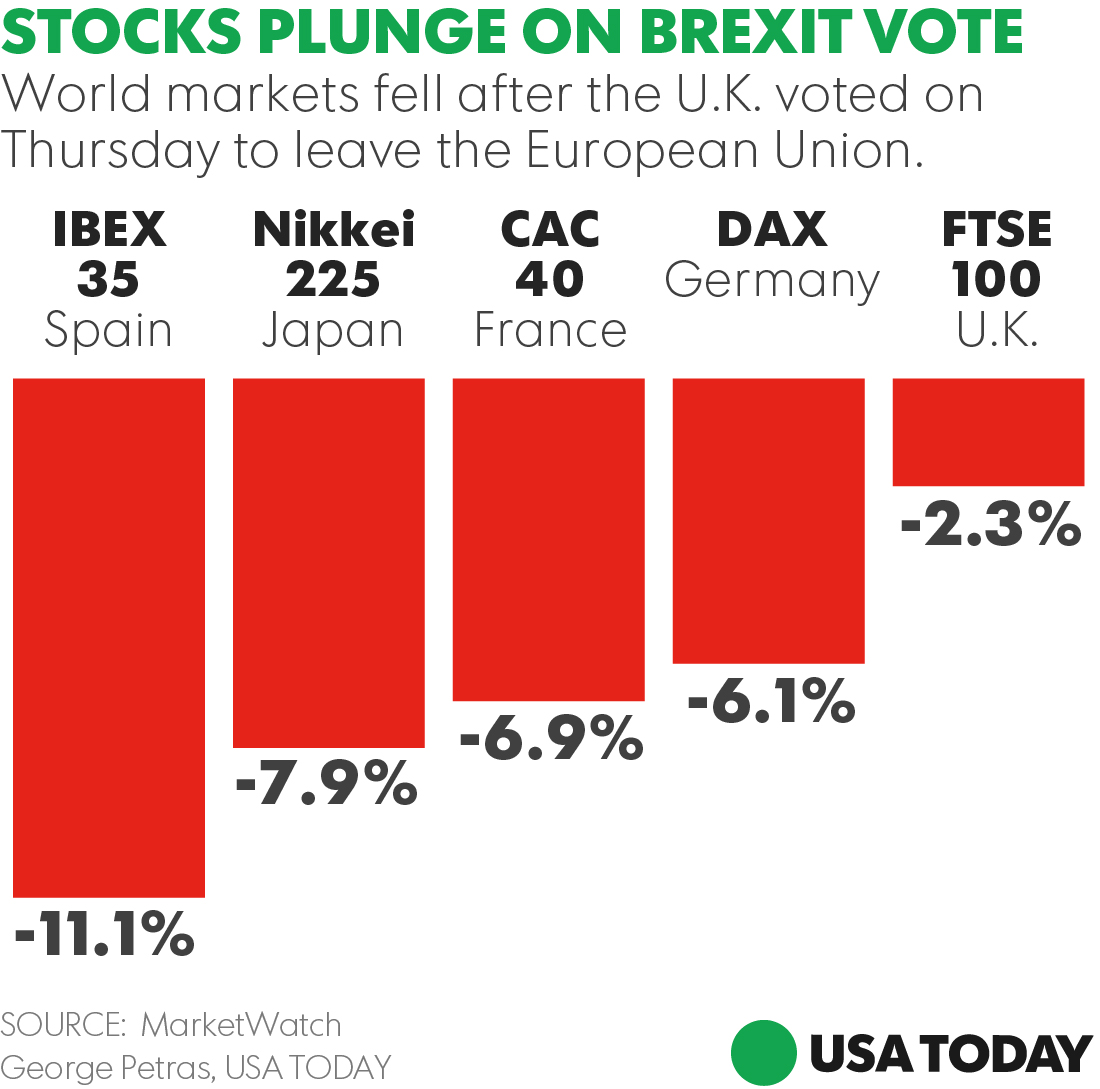 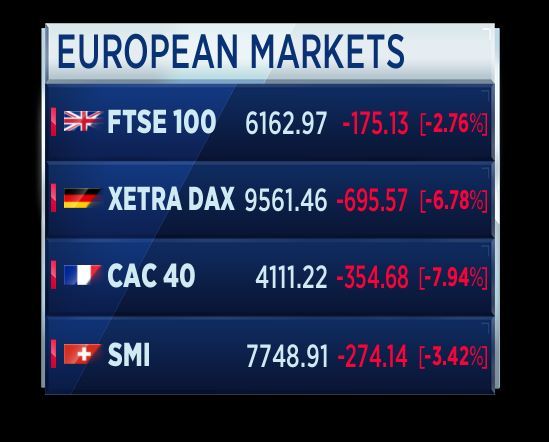 The NYSE, Closed down Friday with the DOW down more than 600 points the worst day in history since August 2011.

Global Equity loss (S&P) broke a record hitting $2 Trillion Dollars lost to the Brexit Earthquake on Friday surpassing the Lehman Brothers 2008 Collapse and 1987 Black Monday Stock Market Crash. That’s $3,300 per every American’s 401K’s wiped out.
This blog will continue to be updated as fallout ensues.

As Zerohedge and Tyler Durden have reported there are already signs that today’s open at 9:30 may be a repeat or worse of what we saw on Friday.

Markets in Europe are still feeling aftershocks Monday morning with the Stoxx Europe Banks stocking sliding -6.5& and other banks sliding 7% – 15% .

George Osbourne the
UK treasury chief is already urging a calm after the storm that was Brexit.

“Today I want to reassure the British people and the global community that Britain is ready to confront what the future holds for us from a position of strength,”