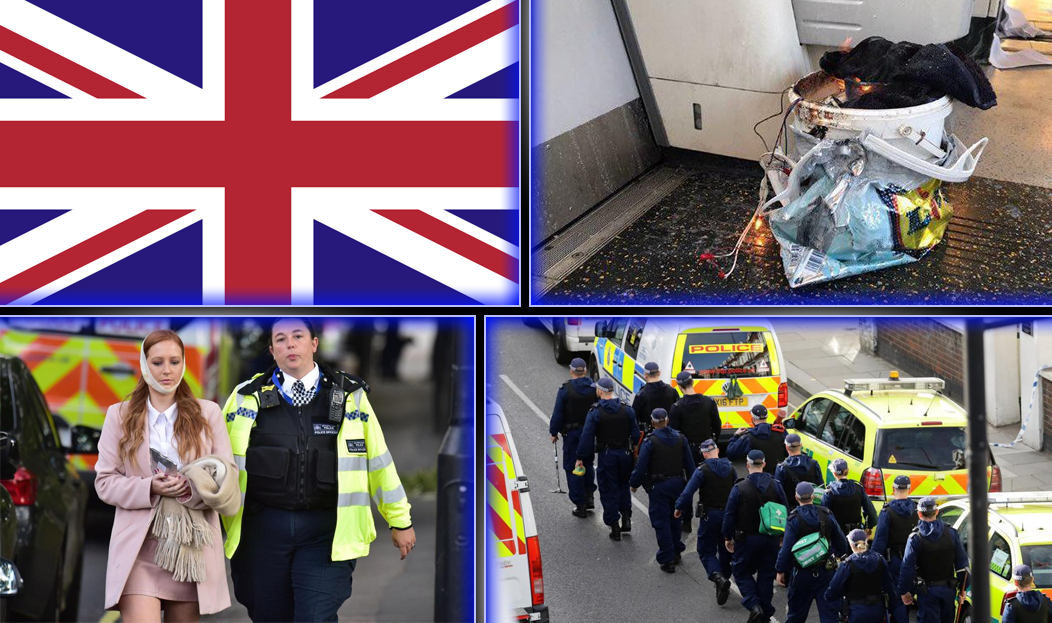 Twenty-two people have been injured at Parsons Green, in the UK, after an improvised explosive device partially detonated on a London tube train during this morning’s rush-hour. The London Ambulance Service confirmed that 22 people were taken to hospital. The District Line train, bound for central London, had just stopped at Parsons Green station in the west of the city when the explosion happened. Police say they have identified a suspect. 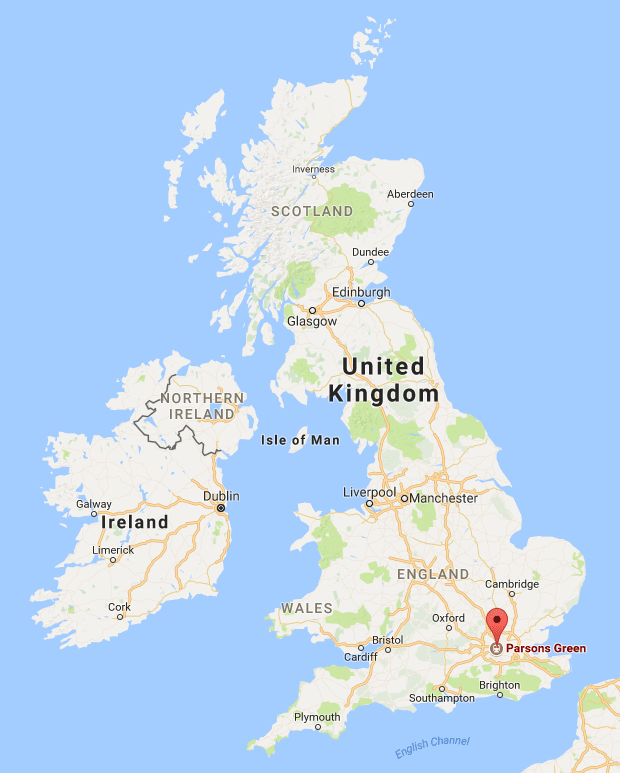 Emergency services including police, fire and ambulance were called to the scene at around 8.20am. Around two hours after the explosion, the Metropolitan Police confirmed they were treating it as a terrorist incident. They said it was ‘too early’ to give the cause of the explosion but it is being investigated by the Counter Terrorism Command. 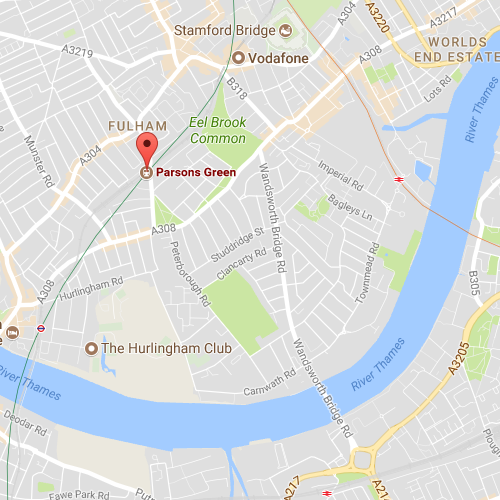 Witnesses said they saw a white ‘builder’s bucket’ in a supermarket bag, while pictures posted online appeared to show a flaming bucket with wires protruding inside a plastic carrier bag on the floor of a carriage. 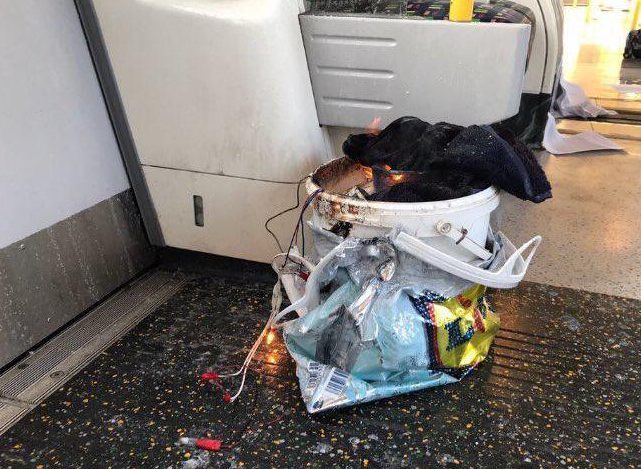 Wires can be seen hanging out of the bucket inside a carrier bag.

Explosive experts told the BBC the images appeared to show “deflagration” – in which a substance burns away rapidly – rather than detonation, which would have killed anyone nearby. 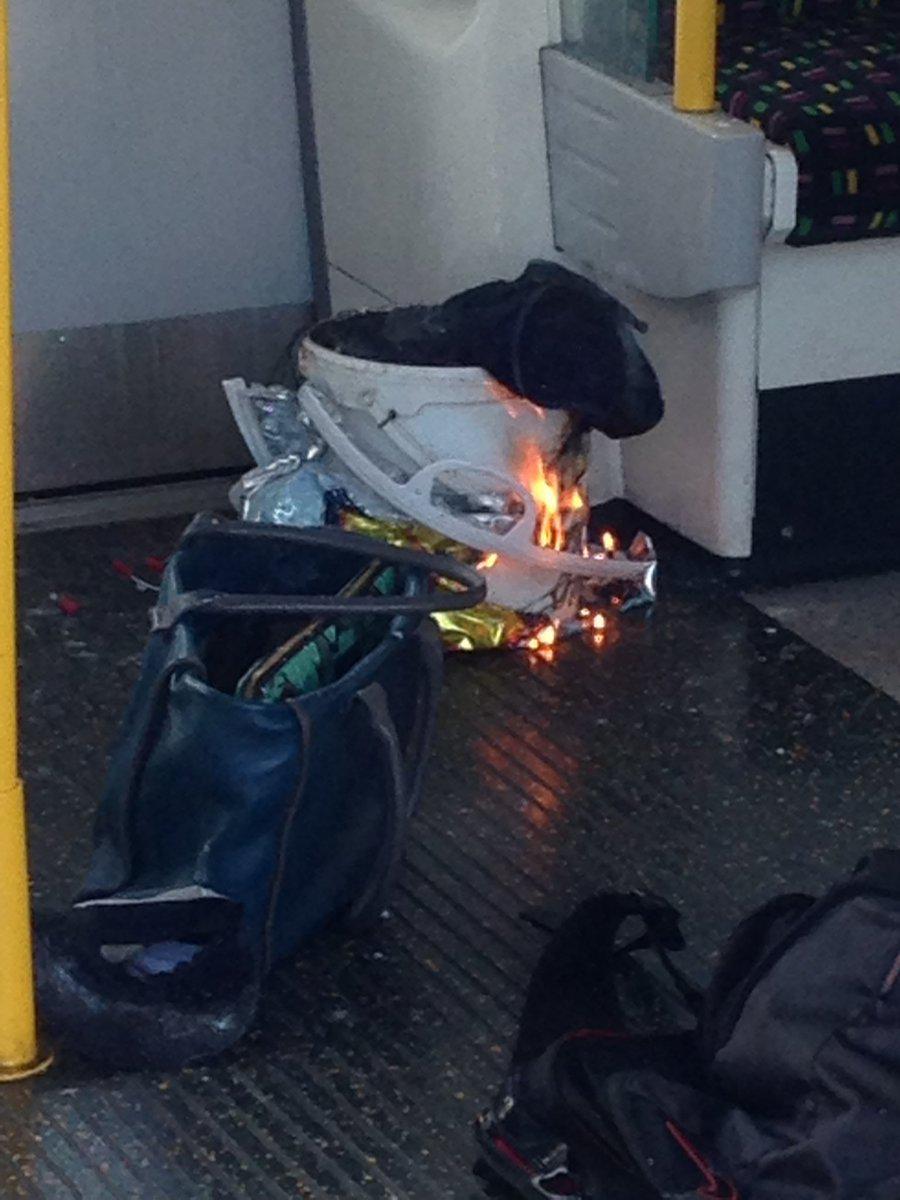 Authorities have not yet confirmed what materials the bucket contained.

Terrorism analyst Magnus Ranstorp, from the Swedish Defense University, said Londoners were “really lucky with this one, it could have really become much worse”.

He noted the bomber chose to conceal the device in a bucket and a plastic shopping bag rather than a backpack and appeared “hastily put together – probably not very well mixed together”.

People reported seeing a ‘fireball’ and a ‘wall of flame’ in the train. 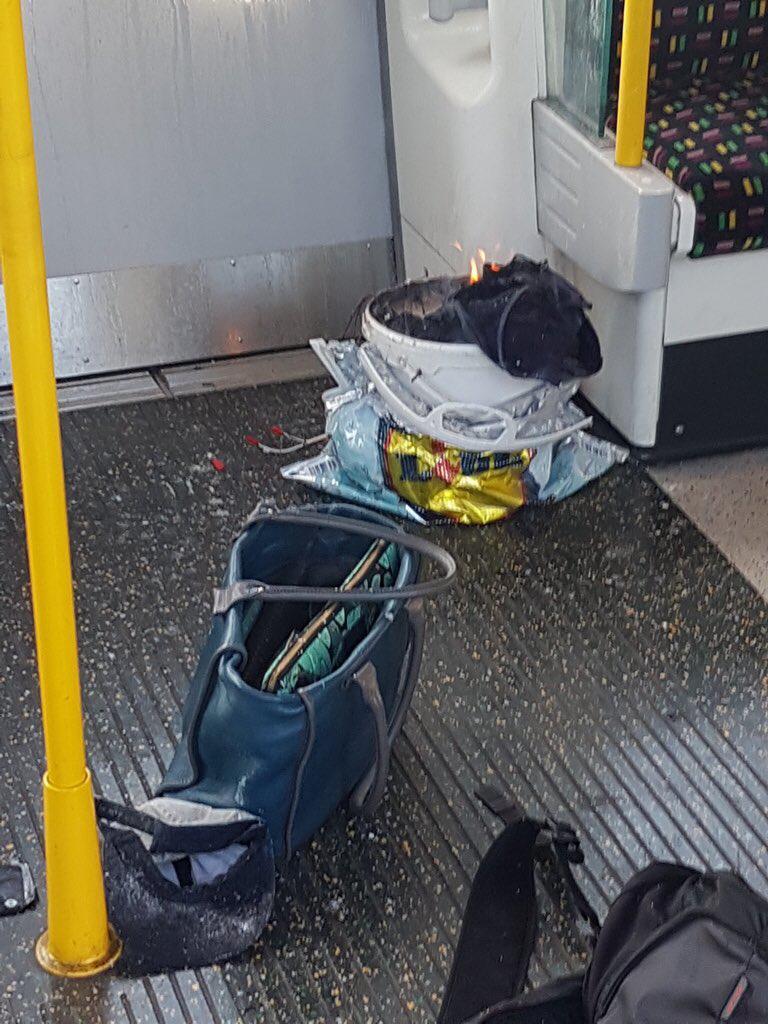 A witness reported that that the main injuries were burns as opposed to cuts. One man speaking on BBC Two said that he didn’t see any blood. He said people responded in a way he’d never seen before, in ‘sheer panic, everyone jumped off the train’.

People were injured in a “stampede” as they attempted to escape, according to a witness.

After the explosion, a number of people were hurt as people ran from it, one commuter said. People were “pushed and trampled on”, and had to be treated by ambulance crews, he said.

Many people ran for the same door after the blast and ended up trampling over each other, according to another. 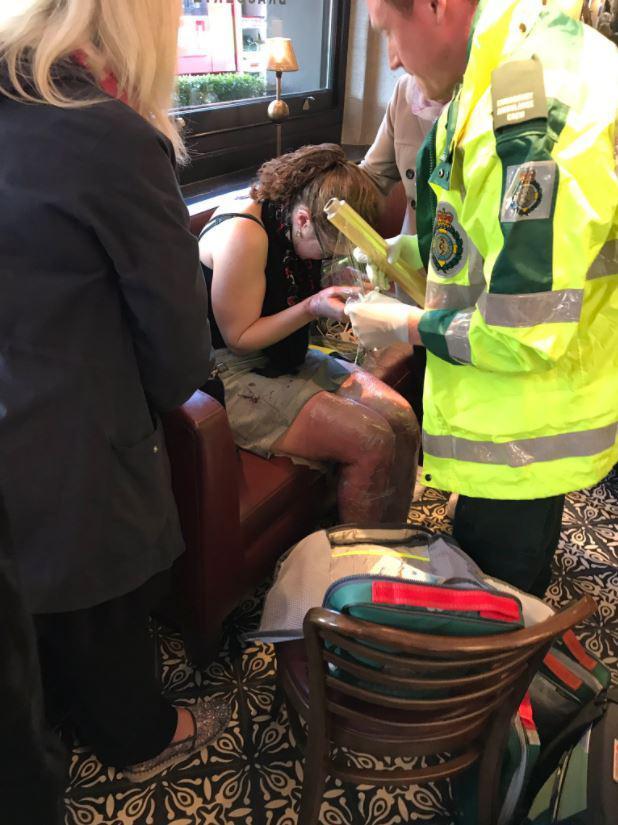 A woman is treated in a nearby cafe after she suffered flash burns in the explosion at Parsons Green.

The Met’s assistant commissioner, Mark Rowley, said the explosion was caused by an “improvised explosive device”. Most of the 18 casualties suffered “flash burns”, he said.

Police had “many urgent enquiries ongoing” and were working with MI5 intelligence experts, he added.

Peter Crowley had his hair burnt off in the fire ball.

London mayor Sadiq Khan said he was in contact with police over the incident. He said: “Our city utterly condemns the hideous individuals who attempt to use terror to harm us and destroy our way of life.

“As London has proven again and again, we will never be intimidated or defeated by terrorism.” 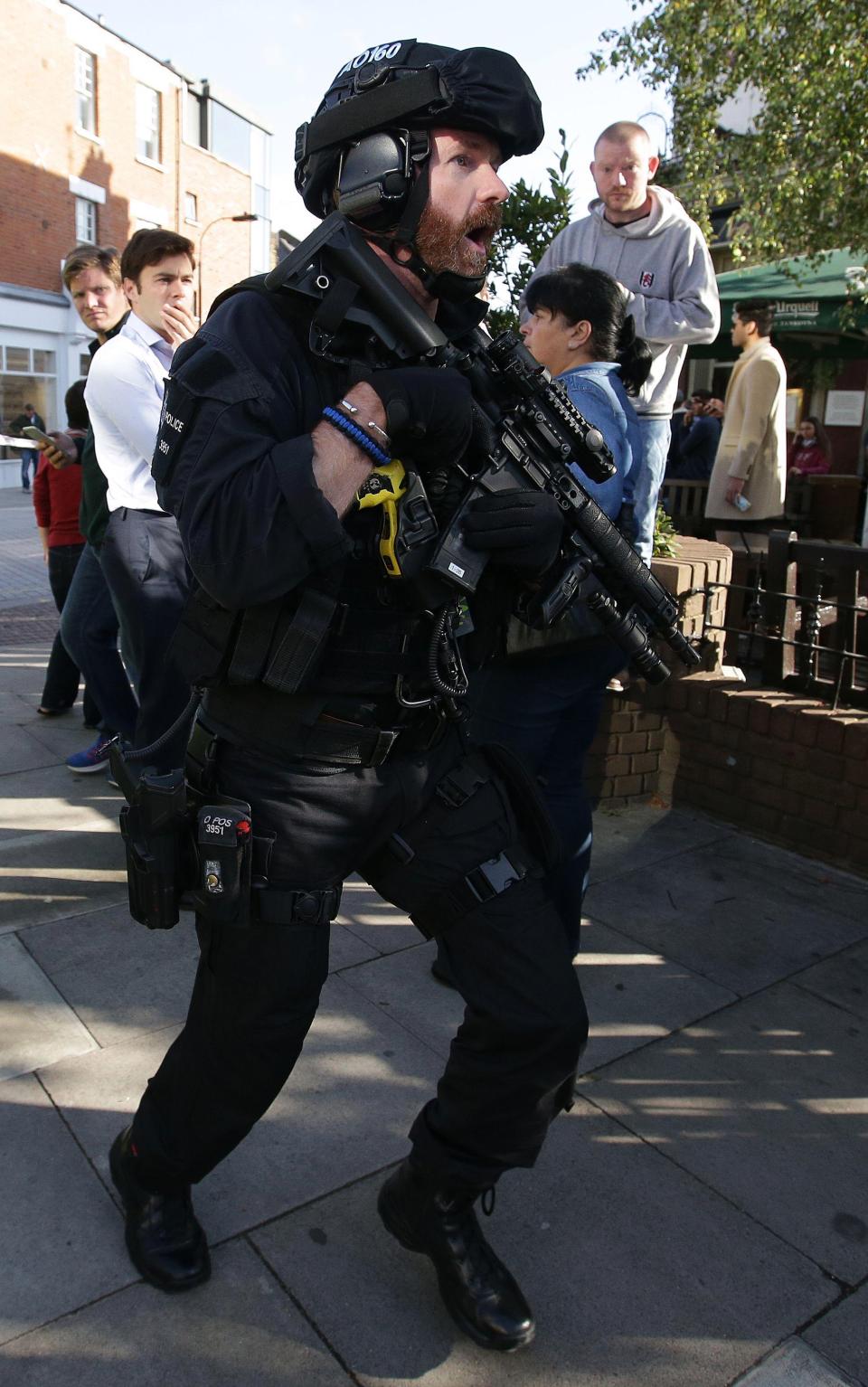 ‘Security sources say they’ve identified a suspect involved in the Parsons Green bombing, with the aid of CCTV footage,’ Mark White, a home affairs correspondent for Sky News, said. This was reported at around 3pm UK time. No names have been released yet. 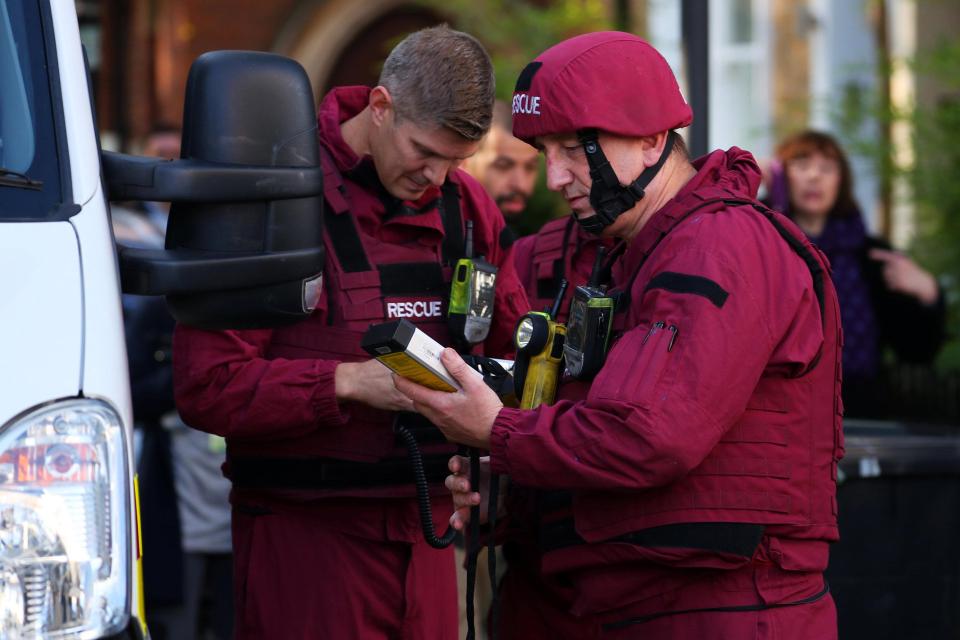 For President Trump, a response came swiftly on Twitter. Hours after the incident, Trump tweeted about “loser terrorists” and renewed calls for a “larger, tougher” travel ban. 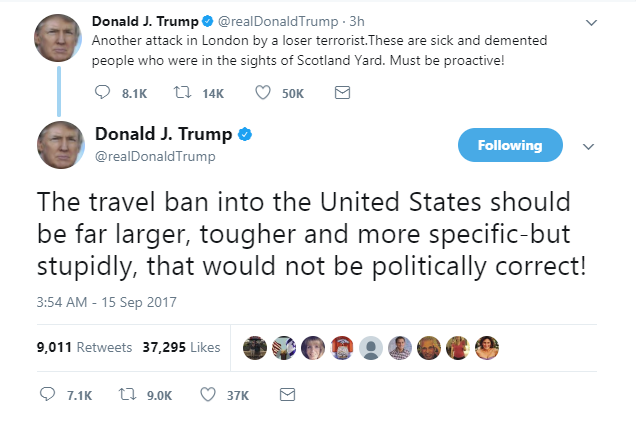 Theresa May, the Prime Minister of the UK, made a statement condemning the attacks with scathing responses on Twitter from the public of ‘Rinse and repeat’ and ‘Don’t condemn it, do something about it! That’s what we pay you for!’.

Hearing of a terror related event is of no surprise to the UK public at large.

The ruling Conservative party have no ethical reservations about selling billions of pounds worth of arms to human rights abusers all around the globe. One response has been anger in that the British public are paying the price for the governments immoral actions. 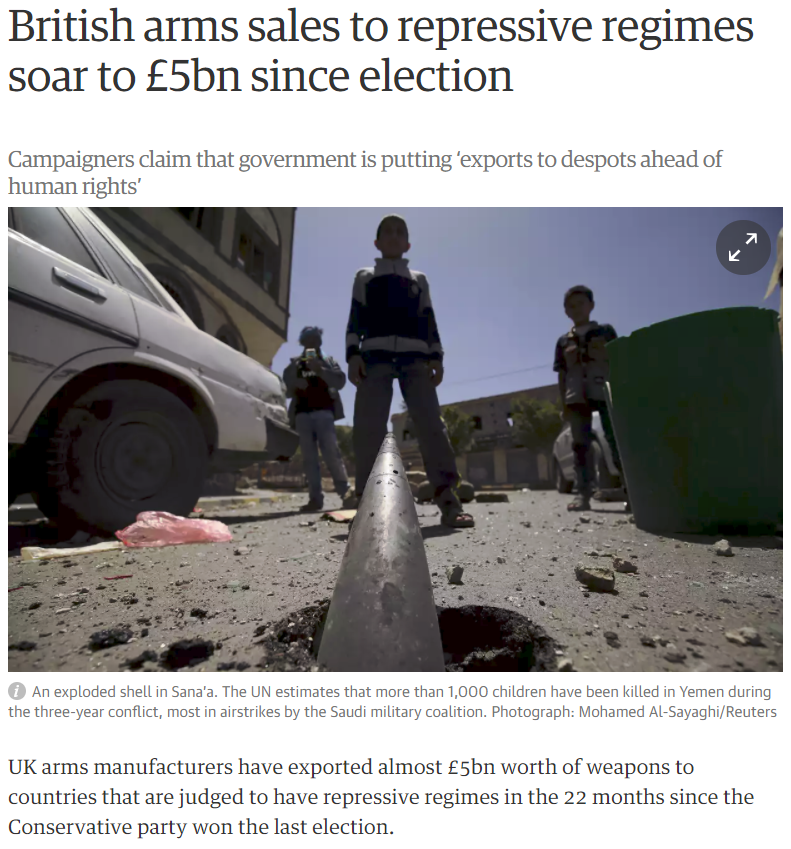 The huge rise is largely down to a rise in orders from Saudi Arabia, but many other countries with controversial human rights records – including Azerbaijan, Kazakhstan, Venezuela and China – have also been major buyers.

Caroline Lucas, MP for Brighton Pavilion and Co-leader of the Green Party echoed this sentiment.

2/2 …why is UK peddling arms to Saudi Arabia at #DSEI2017. How many children have to die before we stop? #SpeakingTruthToPower #PMQ

Those with a conspiracy based perspective found significance with the number 22. The kabbalah teaches us that there are 22 paths between the Sephirot, and the letters of the Hebrew alphabet are the building blocks of universe. The underlying occult scientific significance of the number 22 in science would represent the bones of the skull, of which there are twenty-two. 8 form the cranium, or braincase, and 14 are associated with the face.

It has been remarked recently about how brand name products appear in the photos taken of terror events. This time the yellow logo of the supermarket Lidl can be seen in the photos of the bucket. 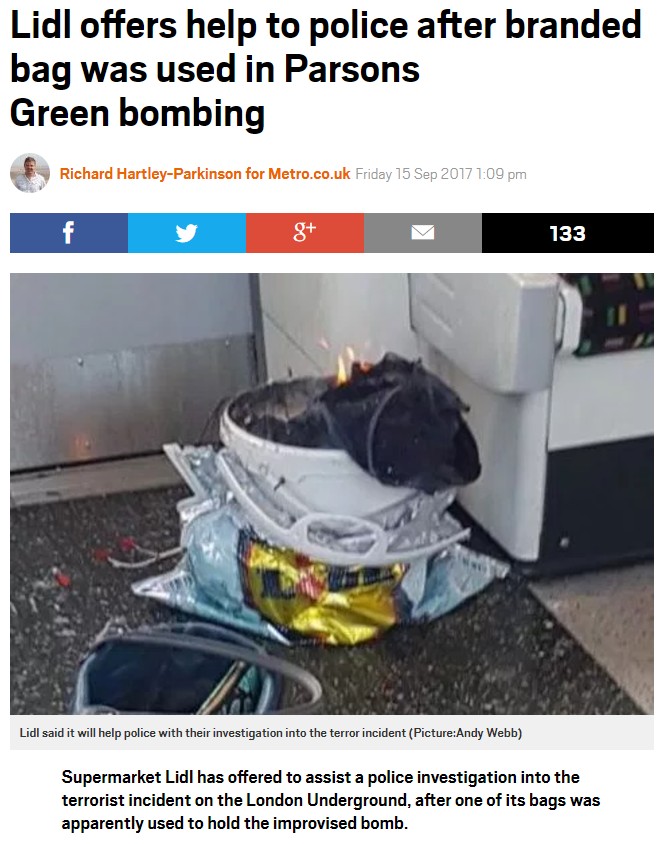 ‘We are shocked and concerned to have learned of an incident at Parsons Green this morning and our thoughts are with those affected,’ Lidl UK said. They went onto say they are ‘…closely monitoring the situation as it develops…’.

Police are combing through CCTV footage from the London Underground network after launching a manhunt for the person who planted the device. People were evacuated from their homes near the tube station by police as a safety precaution.