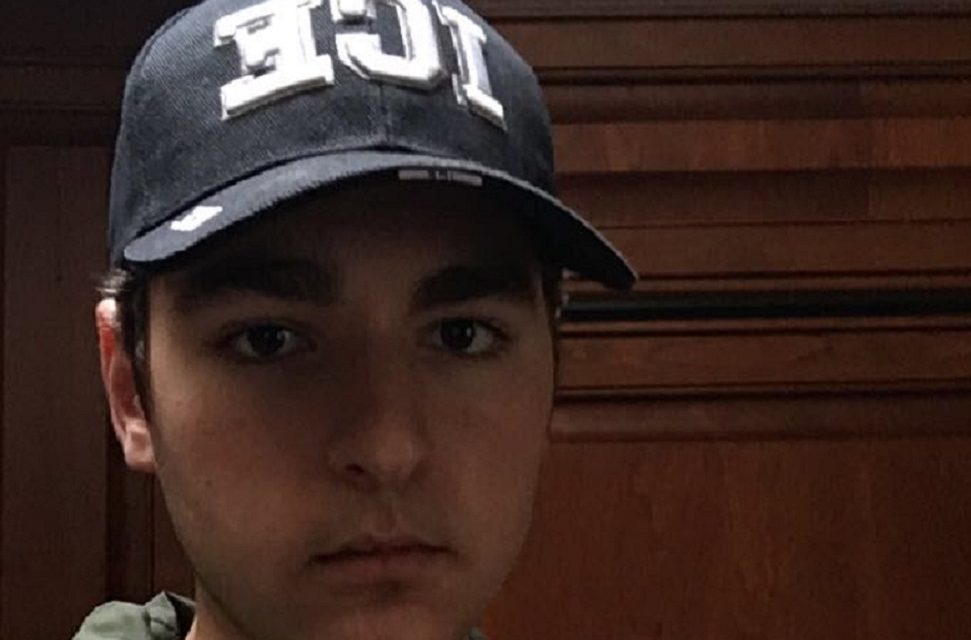 A California high school student was suspended and barred from participating in his graduation for wearing a hat supporting I.C.E. (Immigration and Customs Enforcement) on campus.

According to a report from the Young America’s Foundation, Jacob Labosky was following the rules and removing his hat when entering classes where they are banned by the Bellarmine College Preparatory High School in San Jose.

The first day that Labosky wore that hat he reportedly had no problems. On the second day, however, things took a turn.

Labosky says that he was cornered by members of the Latino Student Union who were wearing anti-Trump shirts, including one that said “Deport Trump.” Ironically, considering their glaring disdain for the president, they began shouting and swearing at their fellow student for supporting the law enforcement agency.

Later, one of the student’s reportedly stole Labosky’s hat, and brought it to the Assistant Dean of Students at Bellarmine. Instead of punishing the student for stealing another teen’s property, Labosky was yanked from class and called “racist,” “idiot,” “ignorant,” and “gutless,” YAF also reported that he was told he wore the hat “trying to incite fear in these kids.”

Labosky says he was sent home by the private, all-male school “for others to recover and for his own safety.”

Infuriated that his First Amendment rights were trampled, the student took a snapchat photo and urged others to “support the agencies that keep us safe and protect our freedoms, i.e. not just ICE.” 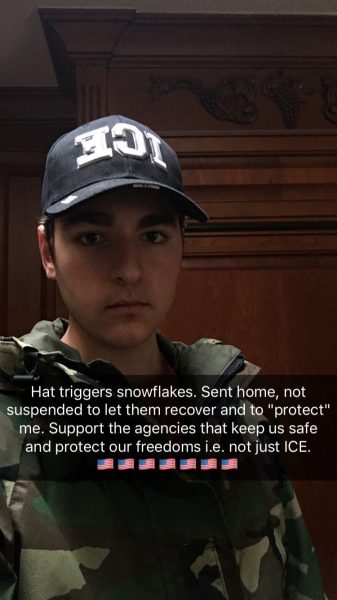 Despite the mostly positive message, Bellarmine’s administration was outraged when they learned of his SnapChat post, and attempted to expel him from the school, according to the conservative youth organization.

“Labosky and his mother appealed the disproportionate reaction, and were successful in reducing his punishment to a suspension,” YAF reported. “Still, this means Labosky cannot attend class on campus, must complete his course work at home, and will not be allowed to walk at graduation later this spring.”

Following the incident, Labosky claims to have been subject to a string of harassment, including someone calling the University of Portland, which he is set to attend, and telling them that he had been expelled.

We Are Change has reached out to Bellarmine College Preparatory High School in an attempt to verify YAF’s report, but had not received a response by the time of publishing.