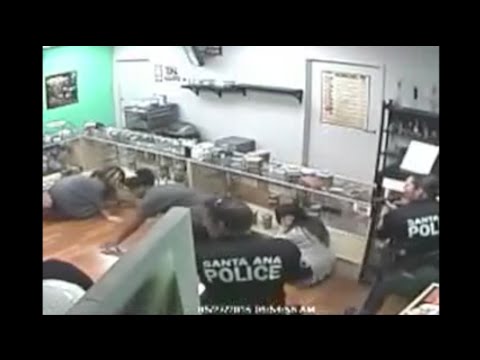 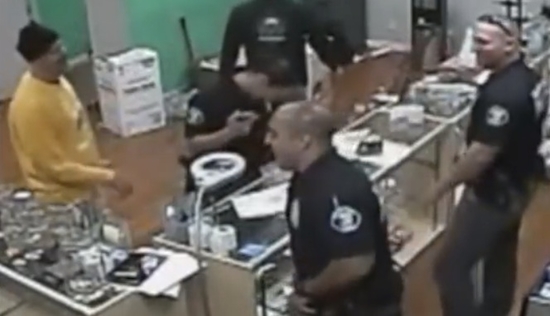 Santa Ana, California police have announced an investigation after video surfaced of a raid on an unlicensed medical marijuana shop in which the officers involved acted extremely unprofessionally.
After using a battering ram to smash down the door, they came in pointing guns at customers and forcing everyone to lay face down. A short time later they can be seen on-camera mocking a female customer with an amputated leg, with one officer laughing and saying “I was about to kick her in her fucking nub!” Other officers can be seen laughing and sampling the marijuana edibles before destroying most of the cameras and recording equipment in the shop.

The video was edited and released to news media by Long Beach-based attorney Matthew Pappas. He plans to file a lawsuit on behalf of Marla James, the patient with the amputated leg, alleging gross mistreatment by officers during the raid.
“I’d like to see the police officers disciplined for the behavior that goes on here. I’d like to see the city stop engaging in illegal conduct,” Pappas said.

Although medical marijuana is legal in Santa Ana, the city refuses to issue any permits, effectively forcing these businesses to operate illegally, something James and Poppa hope to change with the lawsuit.