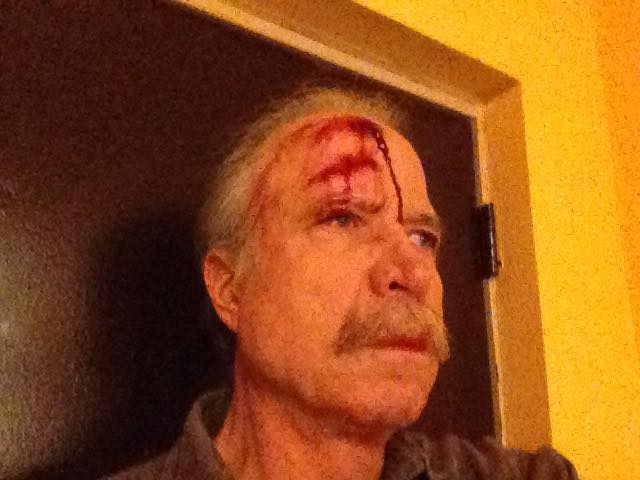 (We Are Change) — A former Philadelphia Police Captain by the name of Ray Lewis reported the abuse on Facebook at 7pm Eastern time following what he said was a violent confrontation with Trump supporters. 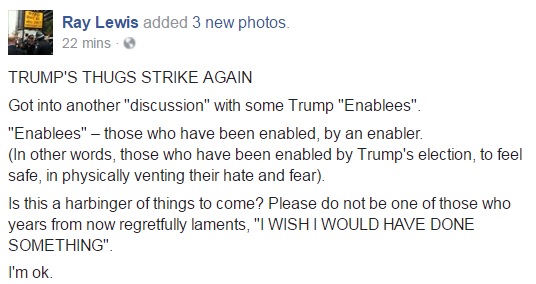 Over the years, Captain Ray Lewis has earned the respect of many Americans since quitting the Philadelphia Police Department. He’s been frequently spotted protesting alongside activists for a wide-range of topics, always remaining peaceful and leading by example.

The former Captain has made appearances in Ferguson, at Occupy in NYC, in Flint to speak up for those without clean drinking water, and even the Million Mask March in Washington DC.

We Are Change is reaching out to Captain Ray Lewis for details about what happened. 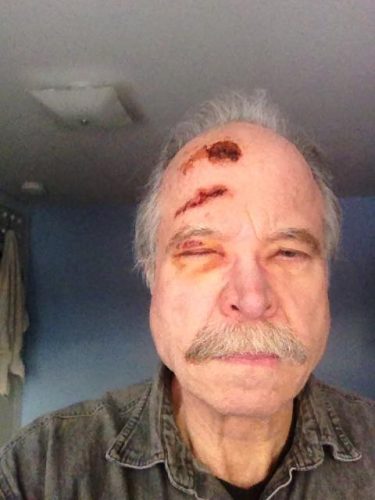