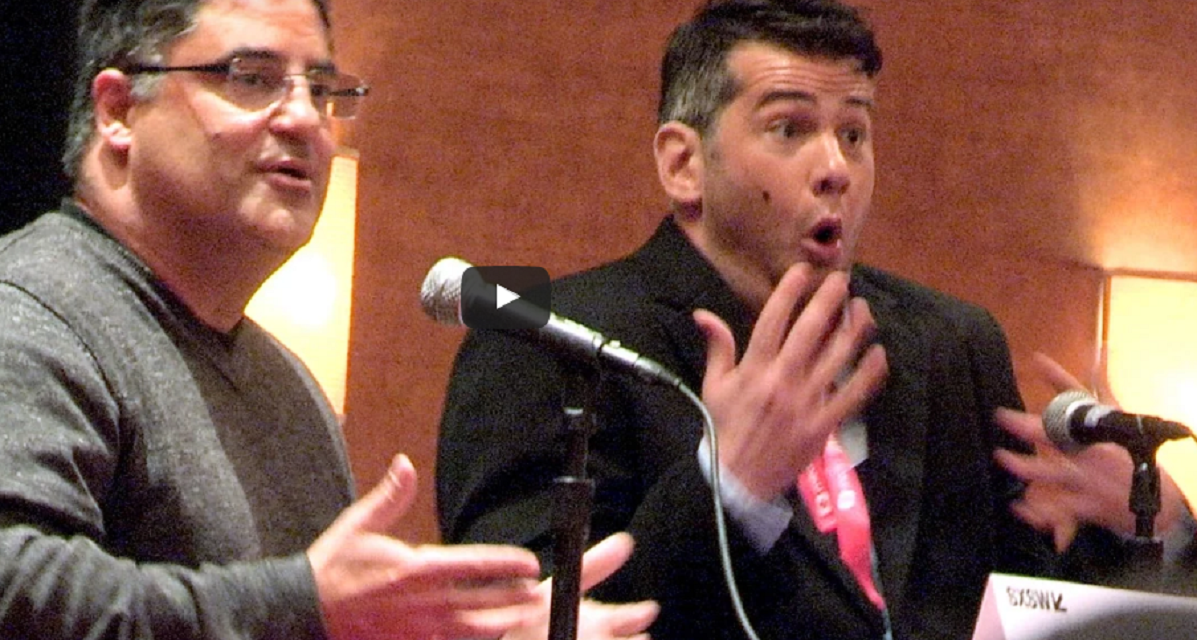 A SXSW panel featuring Cenk Uygur was hilariously crashed by right-wing political commentator and comedian Steven Crowder, who did a spot on impersonation of The Young Turks host.

The miniscule audience at the Austin Hyatt Regency Hotel on Sunday morning had gathered to see Uygur and representatives from The New York Times, The Young Turks, ABC News, and The Guardian speak about how technology has changed the way that newsrooms operate.

“On March 12th, 2017, Cenk Uygur (pronounced: wee-grrr?) of ‘The Young Turks’ was commissioned to speak as a #SXSW panelist to an eighth of a room full of people. As anticipated, the session was dull, uneventful and uninspired. That is until…” Crowder’s video description reads.

During the event, Crowder burst into the room dressed as Uygur, mocking the host, and yelling that everything is “bullsh-t.” The interruption lasted for several minutes before another panelist ran off to find security — and Crowder promptly took his seat at the table.

When asked why Crowder decided to crash the event, he told We Are Change that “it was a long time coming. You can’t attack people for years and then refuse to show up to debate.”

Unlike the incident with Alex Jones and Roger Stone at the Republican National Convention over the summer, Uygur managed to keep his cool — perhaps due to the fact that he did not have the rest of the Young Turks team present to back him up.

During the convention, Jones and Stone crashed the Young Turks set, holding up a shirt with Bill Clinton’s face and the word “rape.” Uygur became aggressive and combative as Jones asked him if he was afraid to debate. Ana Kasparian came to Uygur’s rescue, screaming at Jones and calling him a “fat f-ck.” The incident culminated in Jimmy Dore spitting in Jones’ face.