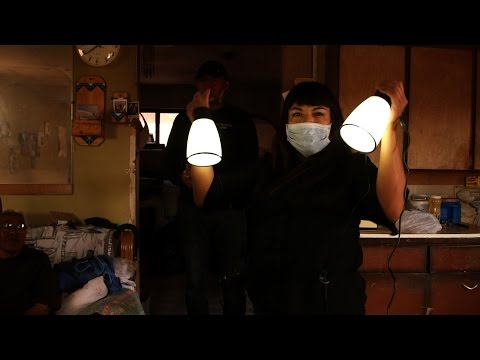 Many Native people throughout the US have homes that are entirely off of the electricity grid, so a local organization called Eagle Energy is helping out by distributing kits for solar panels to the Navajo people and other Native groups.

The first kits to be installed will work specifically for lights, but this project is seeking to expand so it can provide more power, to more people.

Eagle Energy is a branch of an organization called Elephant Energy, which helps to distribute solar systems to areas in Africa that do not have access to electricity.

After learning that there were similar struggles in the Navajo communities in America, founder Doug Vilsack decided to bring a similar service to regions in Arizona, New Mexico and Utah where nearly half of the homes that people are living in are actually off the grid.

“One of the most shocking things about the Navajo Nation, is the extreme poverty despite the fact that it is right here in the south-central United States,” Julia Alvarez, executive director of Eagle Energy said in a recent interview.

Eagle energy hopes to completely solve the energy crisis that the Navajo people are currently experiencing, which would require installing solar panels on over 18,000 homes that are currently without electricity. However, the staff at Eagle Energy seems confident and ready for the challenge.