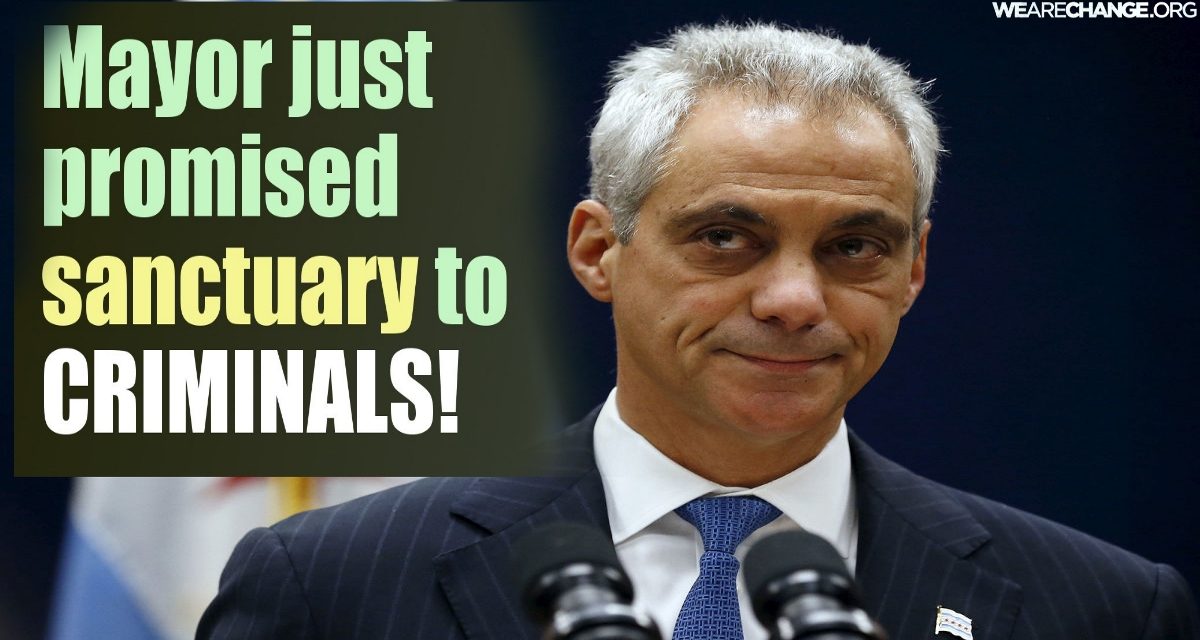 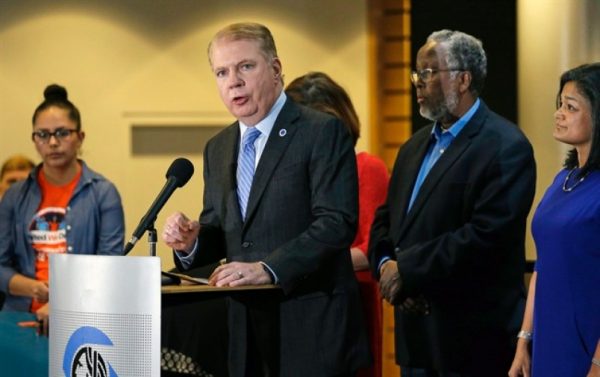 New York City’s Bill de Blasio, Chicago’s Rahm Emanuel and Seattle’s Ed Murray are among those in “sanctuary cities” who are trying to reassure concerned illegal immigrants. Murray assured residents  that “Seattle has always been a welcoming city,” saying, “the last thing I want is for us to start turning on our neighbors.”

Emanuel, President Obama’s former chief of staff, said that there has been a “sense of uncertainty” among immigrant families across the nation since Trump was elected.

“I want to assure all of our families that Chicago is and will remain a sanctuary city,” Emanuel said.

Below, Judge Andrew Napolitano discusses whether Emanuel is breaking the law by keeping Chicago a sanctuary city.

In Providence, Rhode Island, Mayor Jorge Elorza, who is the son of Guatemalan immigrants, said he would continue a longstanding policy of refusing to hold people charged with civil infractions for federal immigration officials.

Los Angeles Police Chief Charlie Beck told the Los Angeles Times that he’s committed to a longtime policy of staying out of immigration issues. Mayor Eric Garcetti has backed that up, but stopped short of calling LA a sanctuary city because the term is “ill-defined.”

Philadelphia Mayor Jim Kenney restored sanctuary status when he took office in January and said last week the city would protect its residents. District of Columbia Mayor Muriel Bowser also said it would keep the status.

A “Sanctuary city” as a designation broadly means that local police will not coordinate with federal law enforcement in efforts to deport undocumented immigrants.

During his campaign, Trump promised that he would block federal funding for sanctuary cities.

“Block funding for sanctuary cities,”  Trump said back in August in his much-touted immigration speech. “We block the funding. No more funds. We will end the sanctuary cities that have resulted in so many needless deaths. Cities that refuse to cooperate with federal authorities will not receive taxpayer dollars, and we will work with Congress to pass legislation to protect those jurisdictions that do assist federal authorities.”

Trump has not reaffirmed that he would follow through on the promise since his election, and whether it would need congressional approval or could be done through executive order.

In an appearance back in November 2011 on “Fox and Friends,” Donald Trump expressed support for “amnesty” for some undocumented immigrants.

Trump did not elaborate on his plans for cracking down on the cities. In a “60 Minutes” interview broadcast Sunday, he said his administration’s priority will be deporting criminals and securing the border.

But significant questions — and unease — remain with many analysts concerned about his approach to sanctuary cities. Emanuel predicted Wednesday he does not believe President-elect Trump will cut off federal funding to Chicago and other “sanctuary cities” because Trump will have “bigger fish to fry” in a White House.

What Trump will not do, Emanuel declared, is pick a fight with Chicago, New York, Los Angeles, Boston, Philadelphia and other sanctuary cities. Not even with Republicans in control of both houses of Congress.

“I believe he will not threaten all of those cities,” Emanuel said. “I don’t believe they’ll do it because that will mean every major city in the United States will be targeted, and that is not what an administration will do because that means the voices of Congress and the United States Senate, where there are Republicans with major cities that are sanctuary cities, will have to hurt the economic interests of those cities.”

Before embarking on the last foreign trip of his presidency, Obama urged Trump not to revoke an executive order that gives protections to “Dreamers,” immigrant youths living in the U.S. illegally through no fault of their own.

Trump has said he wants to rescind all of Obama’s executive orders, including the Deferred Action for Childhood Arrivals, which allows some 725,000 Dreamers to remain in the country.

Currently about 300 jurisdictions nationwide have sanctuary-like policies, according to the Center for Immigration Studies, which calls for lower immigration levels.