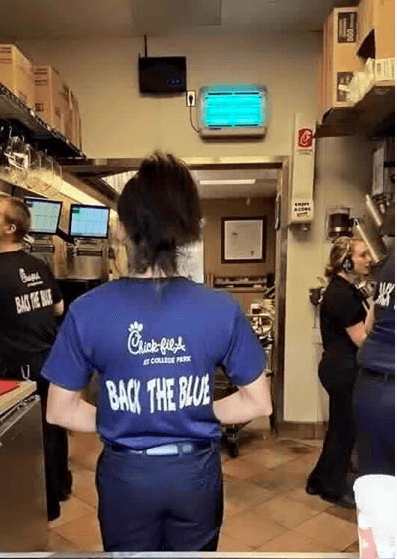 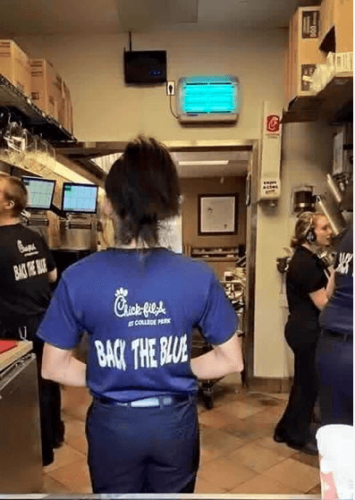 With all the controversy surrounding the #BlackLivesMatter movement, it’s rare for a company as massive as Chick-fil-A to take a stand – but they have.

A counter movement has come out of the media wreckage called #PoliceLivesMatter that urges citizens to respect police and understand that they are here to serve and protect, and that if you abide by the law and cooperate like a mature law-abiding citizen, you’ll be protected.

Just months after a Dunkin’ Donuts employee wrote ‘#blacklivesmatter’ on a police officer’s coffee cup while another was refused service, and a month after a Starbuck’s refused to allow an officer to use their restroom, Chick-Fil-A is showing they have the backs of law enforcement.

Chick-fil-A issued “Back The Blue” t-shirts to it’s employees to help bring support to our law enforcement officers.

Chick-fil-A said they wanted to show support for #PoliceLivesMatter because they are serving us on the streets every day and that a lot of negative derogatory rhetoric has come their way over the past few months.

Do you agree with Chick-fil-A?