Christmas: When The Sheeple Slept — A Poem 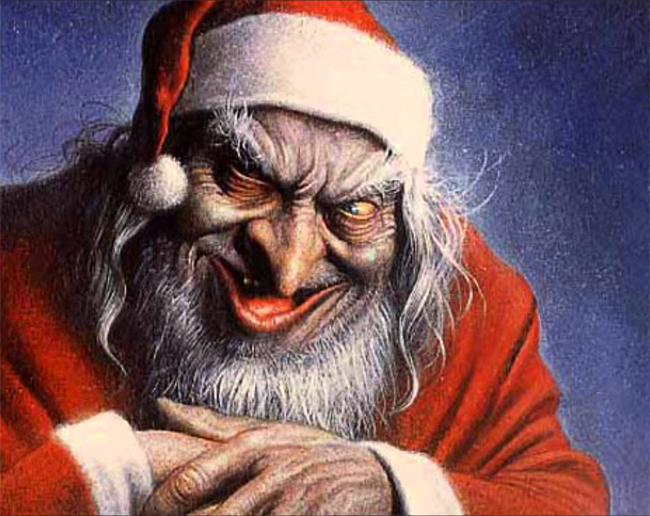 A Christmas poem for when the sheeple slept.

The year was 1913. Every American was getting over Thanksgiving feasting, meanwhile the banksters were plotting their treason.

On the eve of Christmas, when majority of congressmen and sheeple were sleeping, the banksters implemented their plot seeding their demon.

The octopus —  the Fed Reserve.

When every American awoke, they had no idea the country was sold.

They say not a mouse was stirring in the house, but there were plenty of rats running about and as the sheeple all celebrated burning their yule tide with glee celebrating destruction

As warned by the founding fathers about the dangers of the banksters.

Still, some can’t comprehend that a few control the wealth distracted by reindeers like Ruldolph and Elves and bells gifts materialism rather then looking in toward themselves.

Celebrating a holiday in the name of religion and giving but not knowing the origin of the true tradition isn’t Christian or Catholicism’s creation.

Santa rearranged is Satan Babylonia the evil ruler Nimrod’s birthday celebration, those presents are based on the beliefs of pagans, planting a tree is idol-ism in his dedication, December 25th, started by his wife and mother Semiramis.

Osiris Ishtar in Egyptian and Oedipus and Jocasta in Greek. “Mythology” repeats but no one dare speaks.

But what if it happened it’s proven the Egyptian pharaohs married within blood, imbreedings been going on for centuries incestuous love.

To control power and the throne the practice even traces back to Rome.

Even today it’s suspected tell me how all presidents are related to John Lackland a royal king if their elected and not selected by votes that the people bring.

Why we have royalty in moiety?

This time of year everyone wants to sing, about the birth of Christ but then they ignore the tale of Mary and that there wasn’t a trace of cold or ice.

Sheep were out in the fields according to the official recount of biblical history this makes Jesus birth really a mystery so Xmas is correct as X is used to symbolize an unknown intent.

So what your celebrating unwittingly is the winter solstice Dies Natalis Solis Invicti hence the praising of the sun of man it’s clear, and every year around this time some bills gets pushed and passed in tact the elite use so called holidays to distract.

when your not paying attention their lobbying passing directives with an intention.

Worshiping gods just like Nimrod when they passed the federal reserve act and in 2012 indefinite detention during Occupy’s ascension after New Years celebration.

They want to keep you ignorant to keep you purchasing tied down to a system that you create with your own taxation and ideological creation not fighting back and just taking it.

So hang up your wreath keep being deceived and put your presents under your tree then get drunk on New Years eve as more of our rights decrease secretly and the elite inch us closer to their perfect society dream of slavery their New World Order complete.

For real “Christmas” songs check out Beast1333’s – “A Christmas Story” and K-Rino’s -“Lifting the Veil.”

Merry Christmas but now you know the truth..