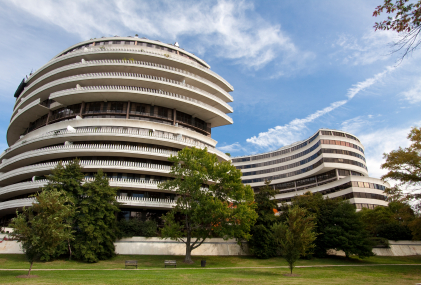 One of the men caught burglarizing the offices of the United States Democratic Party in 1972, a ploy that led to the resignation of President Richard Nixon, was an agent of the Central Intelligence Agency, according to a newly declassified document.

The revelation is included in a narrative history of the Watergate scandal, produced over 40 years ago by the CIA to assess its own role in the affair. It recounts the events of the early morning hours of June 17, 1972, when a security guard saw five men dressed in black breaking into the headquarters of the Democratic National Committee at the Watergate office complex in Washington, DC.

When the five men were arrested by police, it was discovered that one of them was connected with the Committee for the Re-Election of the President, a fundraising organization set up by US President Richard Nixon. The remaining four burglars had CIA contacts. They included E. Howard Hunt, a retired CIA operations officer who in 1961 had played a leading role in the failed Bay of Pigs invasion. It was eventually discovered that the burglary had been authorized by President Nixon himself, as part of a broader program to sabotage his political opponents.

Soon after the Watergate scandal erupted, the CIA produced an internal report entitled “CIA Watergate History – Working Draft”. Much of the 150-page document was authored by CIA officer John C. Richards, who had firsthand knowledge of the Watergate scandal. When Richards died unexpectedly in 1974, the report was completed by a team of officers based on his files. A few years ago, a Freedom of Information Act request was filed by Judicial Watch, a conservative legal watchdog, which petitioned to have the document released. The release was approved by a judge in early 2016 and was completed in July.

Despite numerous reductions throughout, the document gives the fullest public account of the CIA’s role in the Watergate scandal. Its pages contain the revelation that one of the men arrested in the early hours of June 17, 1972, was an active CIA agent. The man, Eugenio R. Martinez, has been previously identified as an “informant” of the CIA —a term referring to an occasional source. But the newly released document refers to Martinez as an agent —an individual who is actively recruited and trained by a CIA officer acting as a handler. It also states that Martinez was on the payroll of the agency at the time of his arrest, making approximately $600 per month in today’s dollars working for the CIA. Additionally, Martinez, a Cuban who had participated in the Bay of Pigs invasion, retained his contacts with the CIA and kept the agency updated about the burglary, his arrest and the ensuing criminal investigation.

Interestingly, the internal document reveals that the CIA was contacted about Martinez by the Watergate Special Prosecution Force, which was set up by the Department of Justice to investigate the scandal. But the CIA’s General Counsel, John S. Warner, told the prosecutors that it was against the CIA’s code of practice to turn over an agent, and that “under no circumstances” would the CIA agree to do so. Senior CIA officials, including its then Director, Richard Helms, continued to refuse to cooperate with investigators, including agents of the Federal Bureau of Investigation, even after President Nixon’s resignation.

Martinez, who is reportedly in his mid-90s and lives in Miami, Florida, has never spoken publicly about this role in the Watergate scandal or his alleged contacts with the CIA.