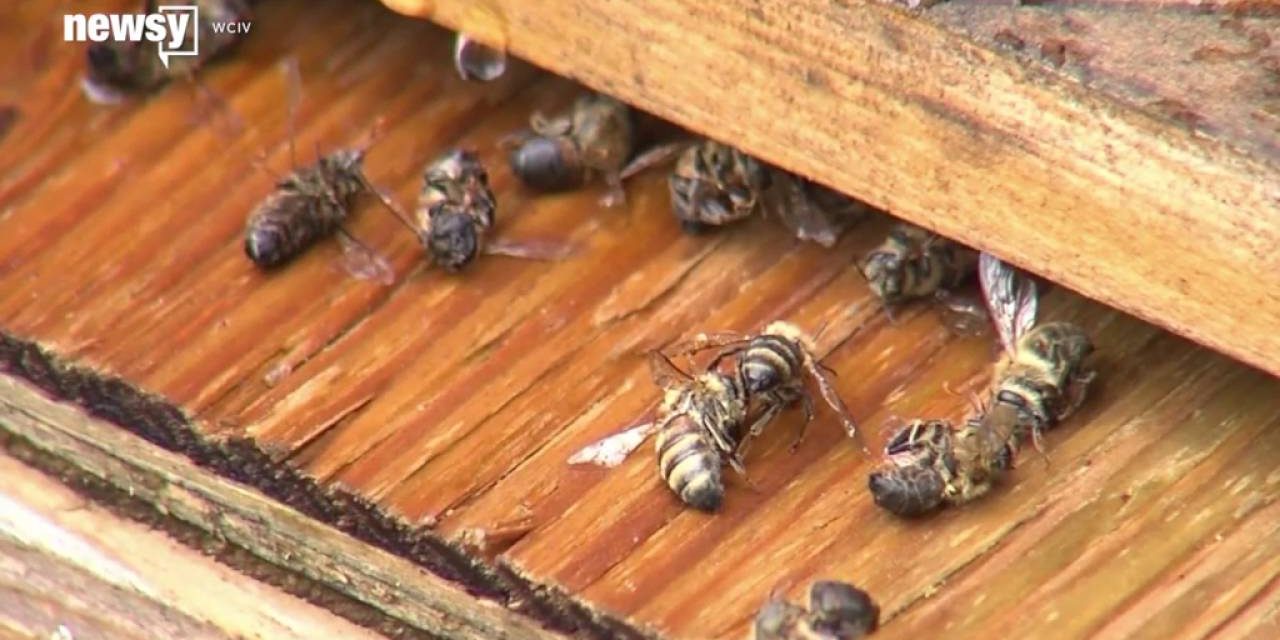 Death came suddenly to Dorchester County, S.C. Stressed insects tried to flee their nests, only to surrender in little clumps at hive entrances. The dead worker bees littering the farms suggested that colony collapse disorder was not the culprit – in that odd phenomenon, workers vanish as though raptured, leaving a living queen and young bees behind.

Instead, the dead heaps signaled the killer was less mysterious, but no less devastating. The pattern matched acute pesticide poisoning. By one estimate, at a single apiary – Flowertown Bee Farm and Supply, in Summerville – 46 hives died on the spot, totaling about 2.5 million bees.

Walking through the farm, one Summerville woman wrote on Facebook, was “like visiting a cemetery, pure sadness.”

A Clemson University scientist collected soil samples from Flowertown on Tuesday, according to WCBD-TV, to further investigate the cause of death. But to the bee farmers, the reason is already clear. Their bees had been poisoned by Dorchester’s own insecticide efforts, casualties in the war on disease-carrying mosquitoes.

On Sunday morning, parts of Dorchester County were sprayed with Naled, a common insecticide that kills mosquitoes on contact. The United States began using Naled in 1959, according to the Environmental Protection Agency, which notes that the chemical dissipates so quickly it is not a hazard to people. That said, human exposure to Naled during spraying “should not occur.”

In parts of South Carolina, trucks trailing pesticide clouds are not an unusual sight, thanks to a mosquito-control program that also includes destroying larvae. Given the current concerns of West Nile virus and Zika – there are several dozen cases of travel-related Zika in South Carolina, though the state health department reports no one has yet acquired the disease from a local mosquito bite – Dorchester decided to try something different Sunday.

It marked a departure from Dorchester County’s usual ground-based efforts. For the first time, an airplane dispensed Naled in a fine mist, raining insect death from above between 6:30 a.m. and 8:30 a.m. Sunday. The county says it provided plenty of warning, spreading word about the pesticide plane via a newspaper announcement Friday and a Facebook post Saturday.