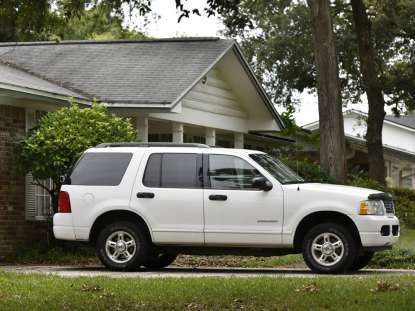 On June 24th, 2015 the City Council of Jacksonville, Florida proposed Bill 2015-377, which would make parking backwards in your own driveway; essentially illegal. The proposal is still (at the time of writing) pending and City Council members will continue to debate the Bill throughout the summer.

“If a vehicle’s tag isn’t visible from the street, the owner must write down that information with 2-inch tall letters and post it in a location that inspectors can easily see from the street.”

Proponents of Bill 2015-377, say it’s needed to crack down on the “visual blight” that spawns as a result of abandoned vehicles in the city of Jacksonville. City code enforcement inspectors need every single person to park their vehicles forward so these inspectors can see the license plate and vehicular tags. If you do not park your car in a fashion that accommodates visual comprehensibility of the vehicle’s license information, you’d be slapped with a $50 fine. If someone parks their car backwards, the enforcement officer cannot see the license plate, while also being unable to enter private property to peep a good look at said vehicle in question. Without that information, the city code inspectors cannot issue a proper citation for the abandoned vehicle.

The Bill does not stop there, it also cracks down on outdoor storage of, “equipment, furnishings, furniture, appliances, construction materials or any other items which are not designed to be used outdoors.” and if violated would also result in a fine.

One Jacksonville resident by the name of David Bryant, thinks the proposed bill is “ridiculous.”

“The main reason I do it is people parallel park on the side of the street,” Bryant said to WJXT. “So if you are backing out, you can’t see traffic coming.”

Unless your registration is posted outside your home as City Councilman Jones wants, wouldn’t this bill essentially make garages illegal? What about ending the ability to store items outside on your property? Of course, there are boundaries that should be respected to help things run smoother, but aren’t vaguely descriptive utilities such as “equipment” and “construction materials” sometimes supposed to be stored outside? In many circumstances, parking your vehicle backwards into your driveway can also be safer. These are one of many quandaries that will manifest as a result of this legislation if passed.

This portion of the article is the writer’s opinion and the reader is advised to approach this subject neutrally and reach conclusion based on individual insight. I feel we should all look at subject on a bigger scale that trumps the microcosm of logistics. Invasive governmental action has reached the crux of forcing people to abide by a new rule on their own personal property, while also creating the potential for a new revenue influx from the citations. Who knew when the Constitution was being written, that one day the United States would embrace so warmly, such an upsetting and somewhat illogical piece of legislation. Even so, isn’t there another way to handle this, that would equate to a “win-win” scenario for all parties involved?

What about the very idea of government usurping ever so slowly, your ability to regulate yourself as a sovereign being? Is no one keeping tabs on how extensive that already is? What about the ever so invasive intention, of being forced to expose another aspect of your life in order to appease the nanny state status quo? When those in power have the normalized ability to make how you park a car illegal, we truly are living in a mad world.

What do you think of this Bill? Leave your welcomed opinion below in the comment section!