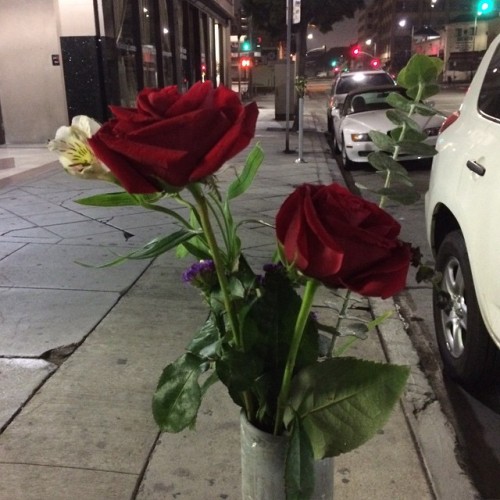 Residents of a downtown Los Angeles neighborhood were shocked to wake up to a scene of pure chaos, a full city block of parking meters had been removed and replaced with bouquets of roses, One local resident described the culprit as “a saint.”
Parking meter citations generated over 45.9 million dollars in 2013 in LA, Much of the citation revenue generated comes from some of the poorest parts of the city where expired meter fines cost as much as 63$, for instance Macarthur park has only  metered parking, and in neighborhoods like beverly hills you won’t find any parking meters at all.

We Are Change Los Angeles