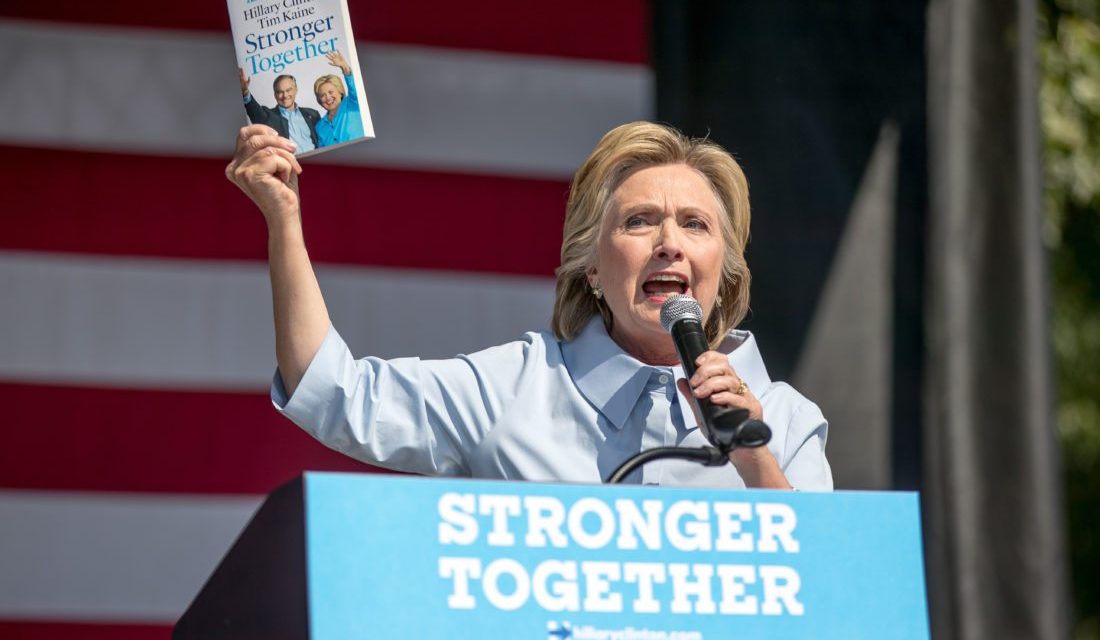 Adding to most rational humans’ belief that enthusiastic supporters of Hillary Clinton do not exist, her new book sold just 2,912 copies in its first week.

The candidate’s new book, “Stronger Together,” lays out her policy platform should she win the election. Despite heavy promotion at her low-energy and low-attendance rallies by both herself and her running mate Tim Kaine — the book has flopped so terribly that it is comical.

“First-week sales typically account for around a third of the total sold, thanks to the publicity blitzes that accompany publishers’ biggest releases. By comparison, Mrs. Clinton’s 2014 memoir, ‘Hard Choices,’ which also fell short of expectations, sold more than 85,000 copies in its first week,” the New York Times reported.

In comparison, the book that Barack Obama released in 2006 just before his presidential run, “The Audacity of Hope,” was selling over 35,000 copies a week by the time he overtook her in the polls. 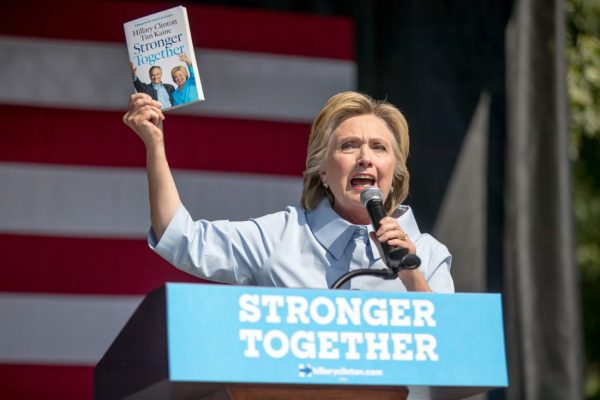 The book was released to such low fanfare that several people sitting next to me, who have also been covering the campaign, did not even know it existed — even after Clinton waved it in front of reporters when she finally allowed them to share a plane with her for the first time.

“We’re putting out a book tomorrow, called ‘Stronger Together,’ which is our blueprint for America’s future,” she told the press pool. “We wanted voters to be able to find, in one easy place, all of the various plans and policies that I’ve been talking about throughout this campaign.”

It seems as though the book mirrors the candidate who authored it quite a bit — unremarkable, uninspiring, and unexciting.

Physical copies of the book are now selling on Amazon for as low as $6.95. It currently has a 2.5 out of five star rating on the site — with 61% of the 45 reviewers giving it only one star and leaving “deplorable” reviews.

“Really shocked that she didn’t wait until after Bernie Sanders’ book, “Our Revolution: A Future to Believe In,” came out so she could plagiarize it. I would’ve rated this book 5 stars if it was properly labeled as Fiction but it isn’t. And why the heck did they put a picture of Tim Kaine giving the Nazi Salute on the cover?” Amazon user PeteC wrote in his review.

Another user wrote, “I haven’t finished it because I became overheated and collapsed. But from what I have read so far it’s not worth purchasing.”

Amazing isn’t it, how Wall Street will pay over a quarter of a million dollars for her to speak for an hour — yet 3,000 people weren’t even willing to pay $7 for her 250 page book. We wonder why that could be.

I guess we will never know, as she still refuses to release the transcripts.