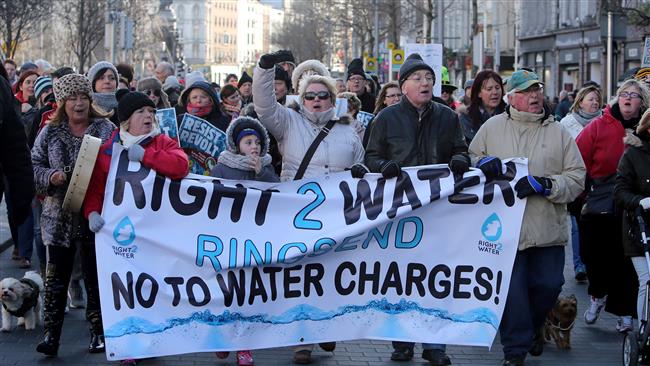 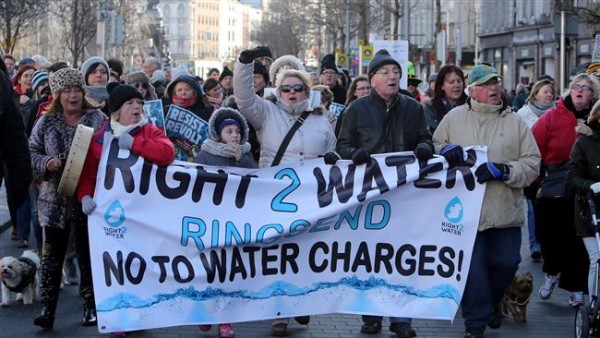 Irish protesters hold a banner during a march in Dublin on January 31, 2015. (AFP photo)

Tens of thousands of people have taken to the streets across Ireland in protest at the introduction of water charges applied under Dublin’s bailout deal with its international creditors following the 2008 financial crisis.

The protest marches were held on Saturday in some 20 cities across Ireland, including the capital, Dublin, Cork, Limerick, Galway, Waterford and Letterkenny.

Some 30,000 demonstrators reportedly took part in the Dublin rally, with many chanting “No way, we won’t pay” and “the banks got bailed out, we got sold out” and carrying posters demanding that Prime Minister Enda Kenny resign.

Derek Byrne, an organizer of the demonstration in the capital, said people were not just protesting against the water charges, but also against austerity, the bank bailout and all the cuts imposed by the government.

“It’s time for this government to stand down. They no longer have a mandate from the people, it’s time for them to go,” Byrne added.