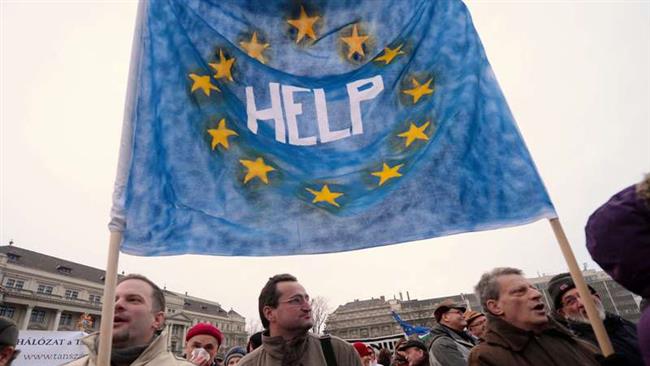 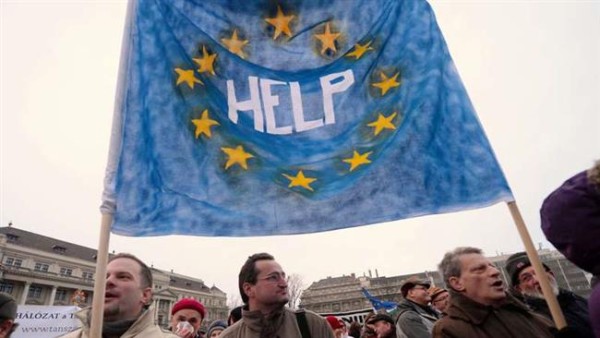 Protesters hold an EU flag in front of parliament in Budapest downtown on February 1, 2015.

Thousands of anti-government demonstrators have poured onto the streets of the Hungarian capital Budapest to protest against Prime Minister Viktor Orban’s policies, demanding the premier’s ouster.

Some 4,000 demonstrators convened outside the parliament building on Sunday for “Spring Comes, Orban Goes” rally. They accused the government of failing to tackle corruption and develop the economy, calling for the ouster of Orban who still has one year left out of his four-year term.Smaller rallies were also held simultaneously in 11 towns across Hungary.