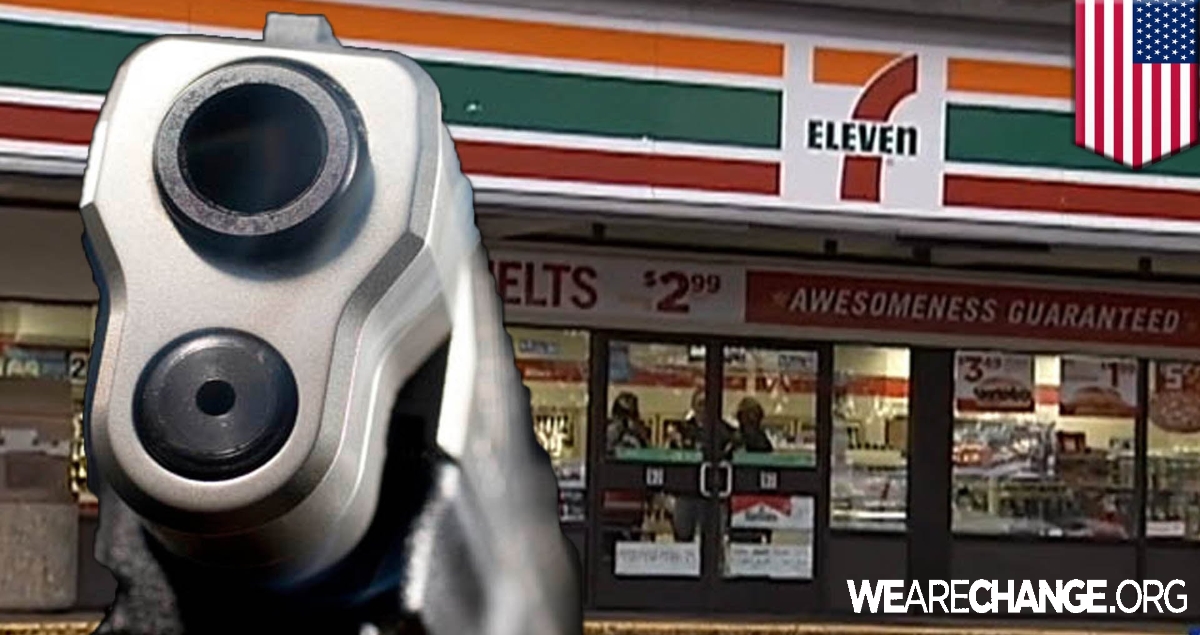 A customer at a 7-Eleven store outside Seattle shot and killed a masked man who was menacing and tried attacked a clerk with an ax .

Investigators said the shooting happened at the store in White Center at approximately 5:45 a.m. local time. Witnesses said the man entered the store and swung a hatchet toward the customer before turning his attention to the clerk.

As the assailant attacked, the customer pulled out a pistol and fired, hitting the suspect. The clerk suffered minor injuries to his stomach and the suspect was pronounced dead at the scene.

The customer who shot the suspect is described as a 60-year-old Seattle man who visits the store every morning to get coffee. His name was not immediately released.

Authorities said the man who shot the attacker had a concealed carry permit and likely would not face charges as a result of his action.

“This could have been a lot worse,” King County Sheriff’s Sergeant Cindi West told KCPQ. “The clerk could be the one laying there dead on the floor right now.”

The motive for the assault was not clear. Investigators said the ax-wielding man remained silent throughout the assault. The assailant’s identity was not immediately revealed, and authorities described him only as a man in his 40’s. Fact Sheet: Guns Save Lives | Section 8: Arm Yourself With The Facts