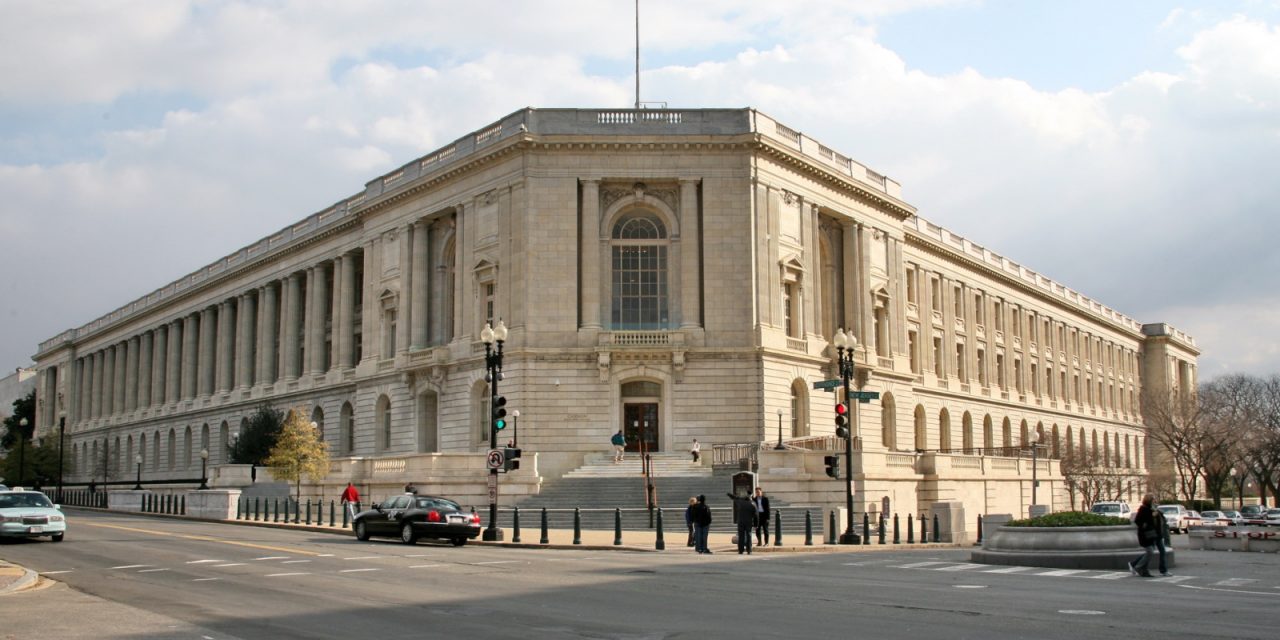 The tap water in a congressional office building has been found to be contaminated with levels of lead above the Environmental Protection Agency’s (EPA) action level. 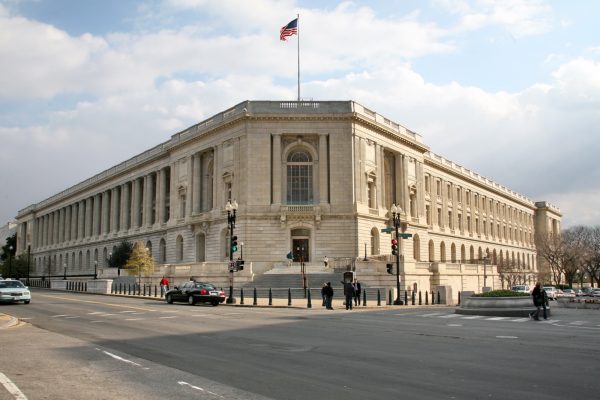 On Tuesday, a letter was sent from the Architect of the Capitol, who oversees maintenance of the offices, warning of alarming lead levels in the Cannon House Office Building — one of the oldest congressional buildings in the District.

Canon was built in 1908, long before the world was aware of the dangers of lead pipes. 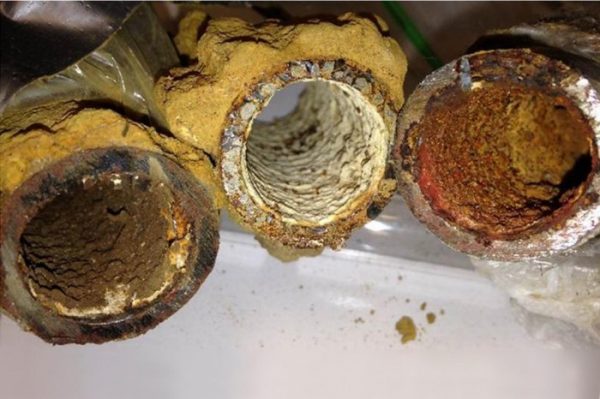 While there is no “safe” level of lead that humans can ingest, according to the Centers for Disease Control, the EPA urges immediate action be taken when it reaches 15 parts of lead per billion — a marker which the Canon Building’s water has surpassed.

“Although the cause of the increase remains under investigation, in an abundance of caution all drinking water sources and office-provided water filtration units in the building will be turned off beginning at 10 p.m. Tuesday, June 28, 2016,” the letter stated.

Bottled water will be provided for staff and visitors instead.

It seems the far spread issue of toxic drinking water has finally hit Congress close to home — ironically, as they appear to have slowed on their actions to rectify the water crisis in Flint, Michigan.

The city of Flint made global headlines after it was determined that their water had lead levels so high that it was considered “toxic waste” by the EPA.

The poisoning of the water began in April 2014, when the city stopped receiving its supply from Detroit, instead shifting to water taken directly from the Flint River — a source known to have a high corrosive salt content. Corrosive salts in the water damaged the lead pipes, causing that material to be released into resident’s water.

In October of 2015, one full year later, the state changed the city’s drinking water source back from the polluted Flint River to the Detroit water system, but warned that the water was still not fully safe.

Earlier on Tuesday,  a new report from the Natural Resources Defense Council (NRDC) reported that Flint is not an isolated incident, and that there are many other cities facing extreme lead contamination in their drinking water. 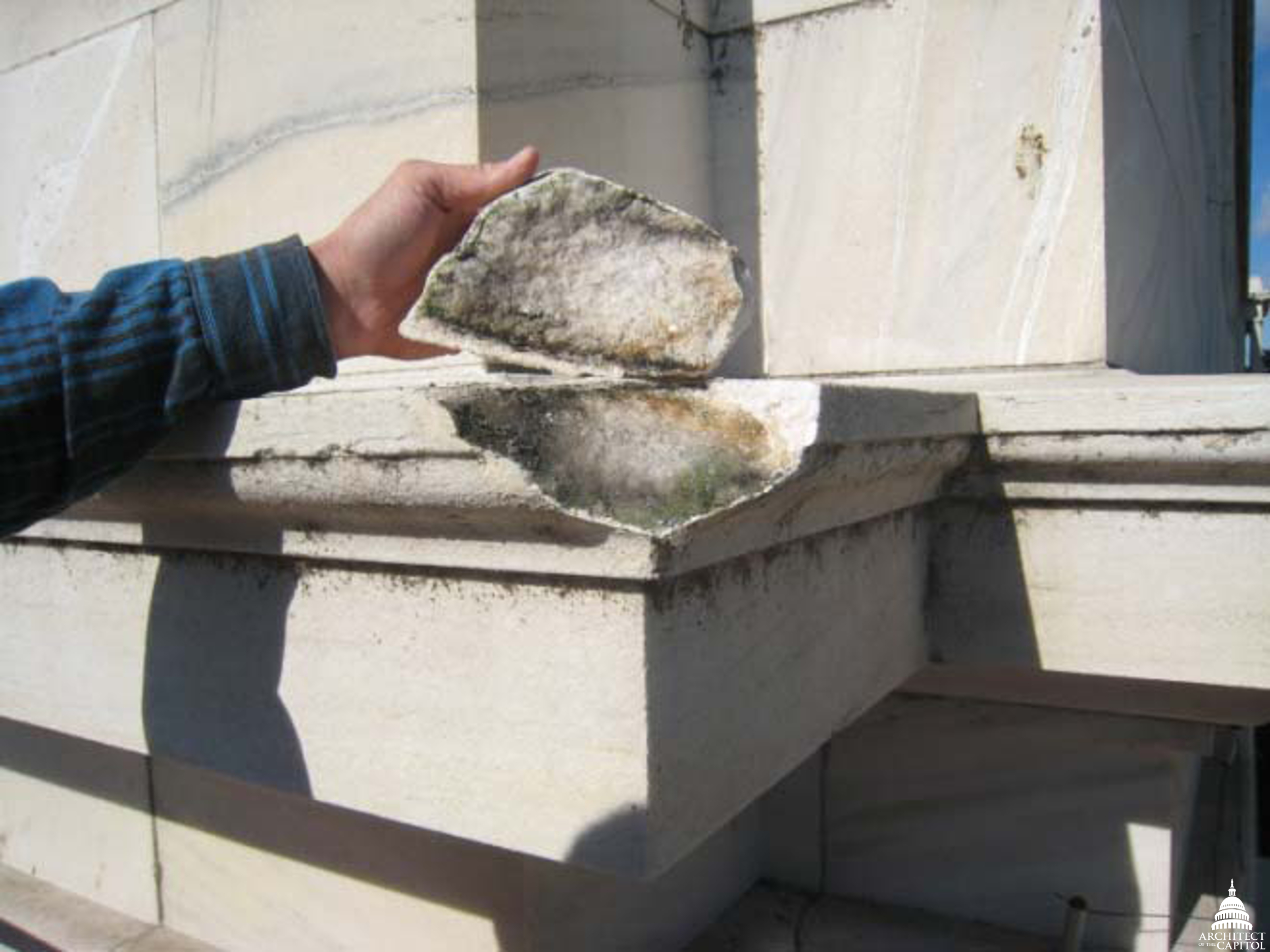 The NRDC examined the Environmental Protection Agency’s (EPA) violation and enforcement records from 2013-2015 and found that over 3.9 million people are receiving water that exceeds the agency’s action level.

Incredibly, Flint –the poisoned city that has become a rallying cry for safe water –was not included in the statistics, due to the fact that the Michigan Department of Environmental Quality still has not officially reported that the city was in violation of the Lead and Copper Rule.

“If Flint’s extraordinary lead contamination problems are not included in the EPA’s official compliance data, how many other municipalities’ serious lead problems are being swept under the rug by officials responsible for protecting public health?” Erik Olson, director of the NRDC’s health program, asked the press during a telephone conference on Tuesday.

Lead is extremely harmful to young children who may face delayed growth, developmental issues, as well as other mental and physical problems as a result of exposure. Exposure also can cause a host of physical issues in adults including headaches, memory loss, decreased mental function, systemic pain, high blood pressure, and infertility.